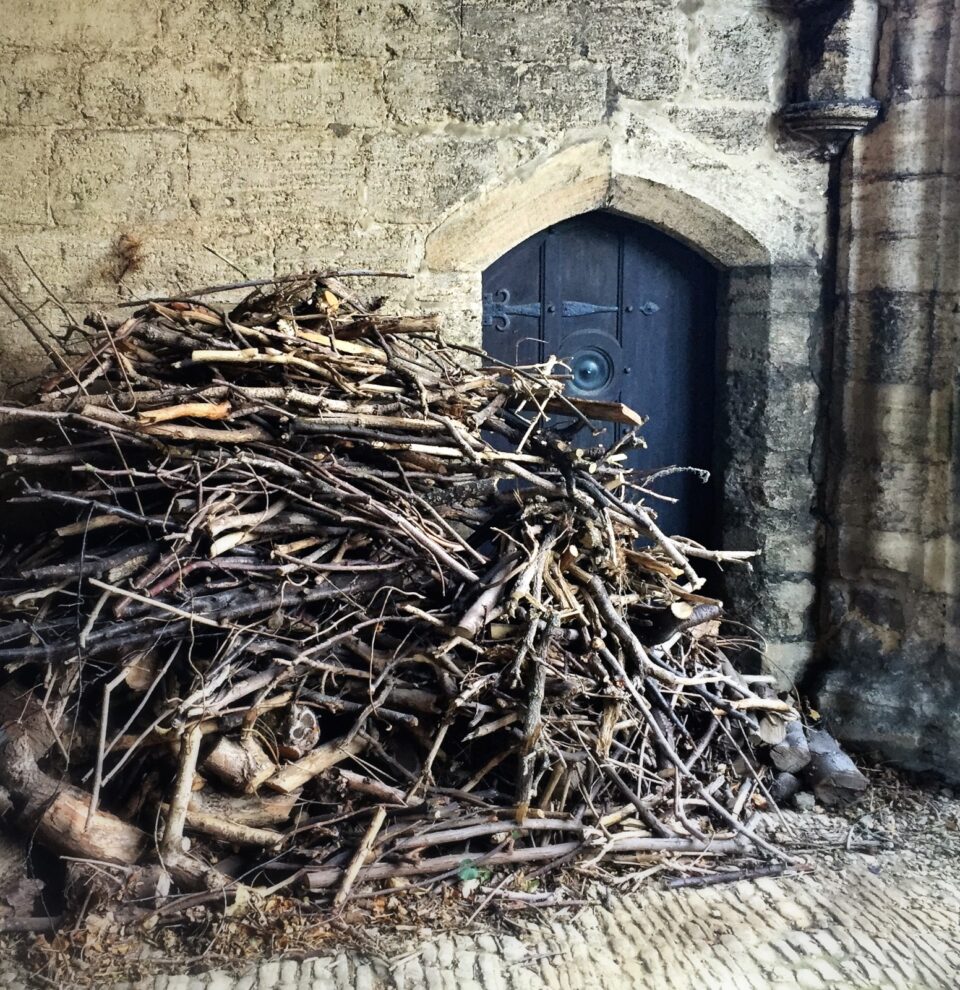 A final walk in “Clare Country.”

In 1832, the major poets of Clare’s generation were dead. Byron to a fever, Shelley drowned, and Keats of tuberculous. Clare was broke, usually sick, and, by modern standards, an alcoholic. The poetry market had collapsed, and when he could work, he was working in the fields or trying to pen sentimental bits for newspapers.

Yesterday, I walked from his village of Helpston to Northborough, not quite 4 miles away. He was moved here in 1832 by the generosity of his remaining friends and the local Lord. Most importantly, it came with a bit of land, so his wife could grow a garden to keep them from starving.

Clare’s poems subtlety change, start to become more morose, and lose their specificity, partly due to pressures from his near-imaginary publishers and partly due to becoming unmoored from his village. It really puzzled me until seeing the landscape as in that three miles you find yourself on the edge of the fens, a marshy land, being drained for agriculture. Again, it is subtle but definitely different, and I imagine more so in Clare’s time.

Clare would live in Northborough only five years before admitting himself to the insane asylum, but his family would stay there, with Patty providing for them the rest of her days.

I would have found nothing I was looking for in Northborough, but for being stopped by a couple in a car that were clearly suspicious of why I was snapping so many pictures (and of their garden, I then found out!). Once it was obvious I was one of those Clare nutters, they pointed the right way and then invited me in for tea. Forget Clare; it was pure Sebald, tea time turned into a wide-ranging conversation with the world’s leading expert in Babylonian lute music, who was quite familiar with Seattle and its early music scene.

How delightful and unexpectedly odd! Exactly what I love most. 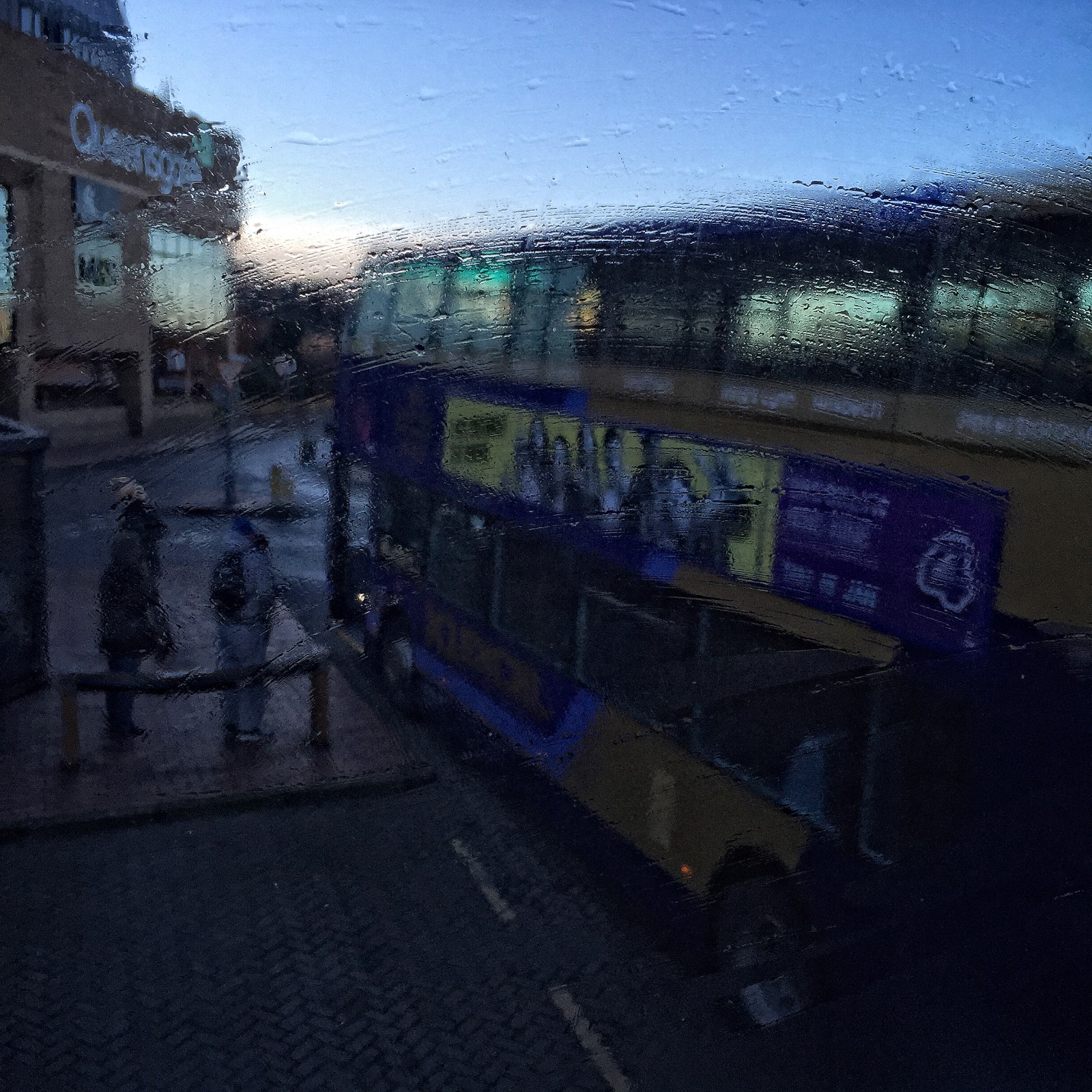 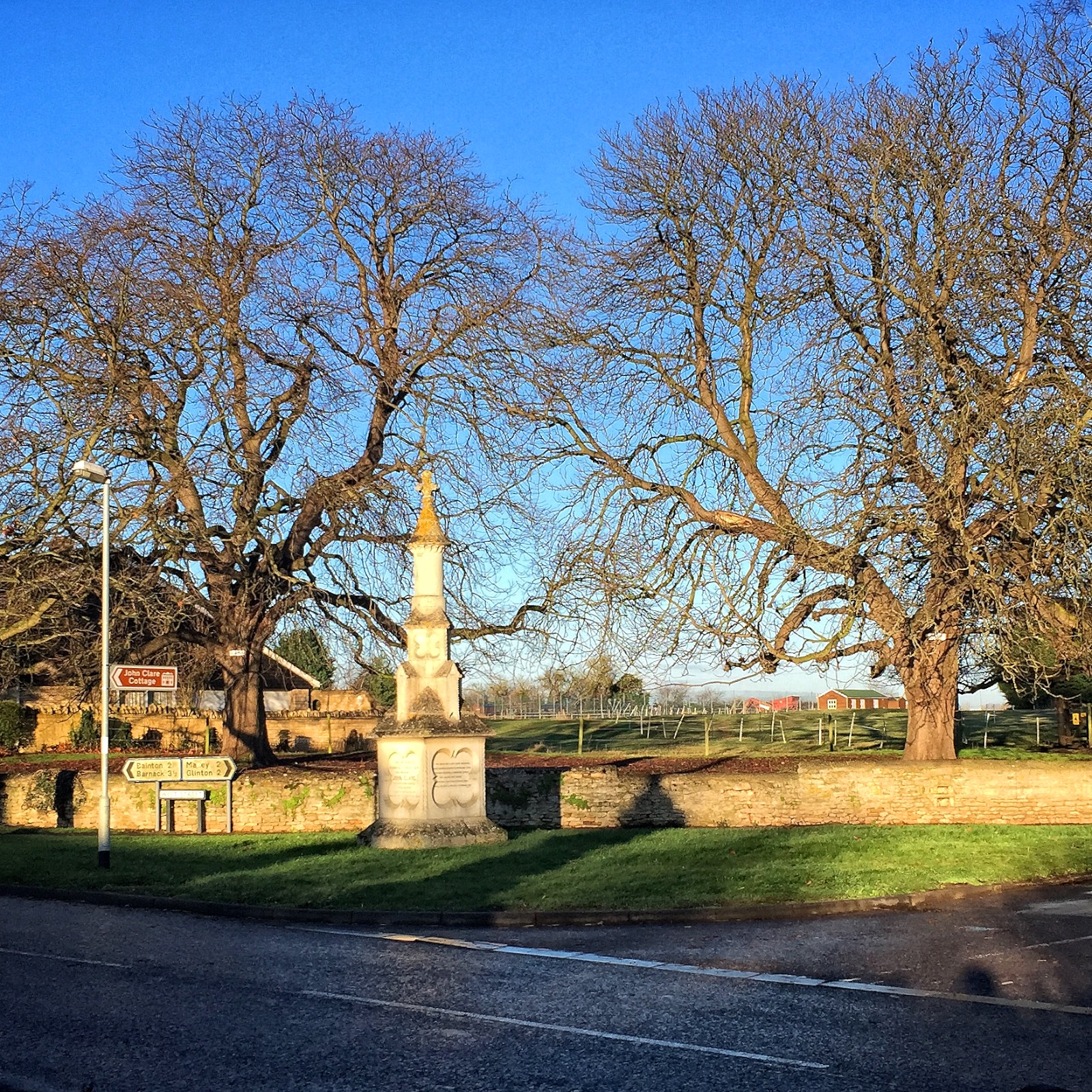 The Clare Memorial in Helpston. 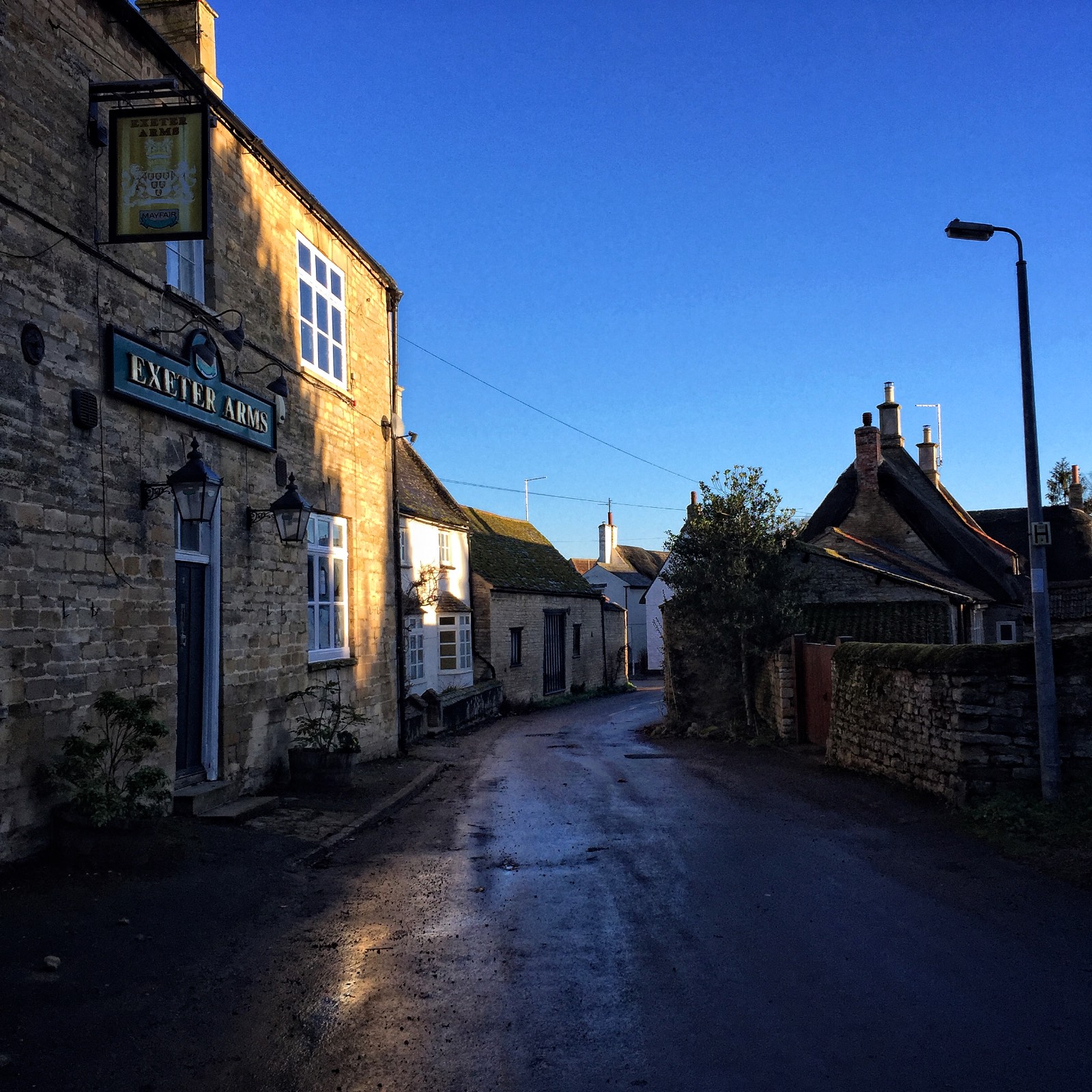 The other pub in Helpston, though it was not open. 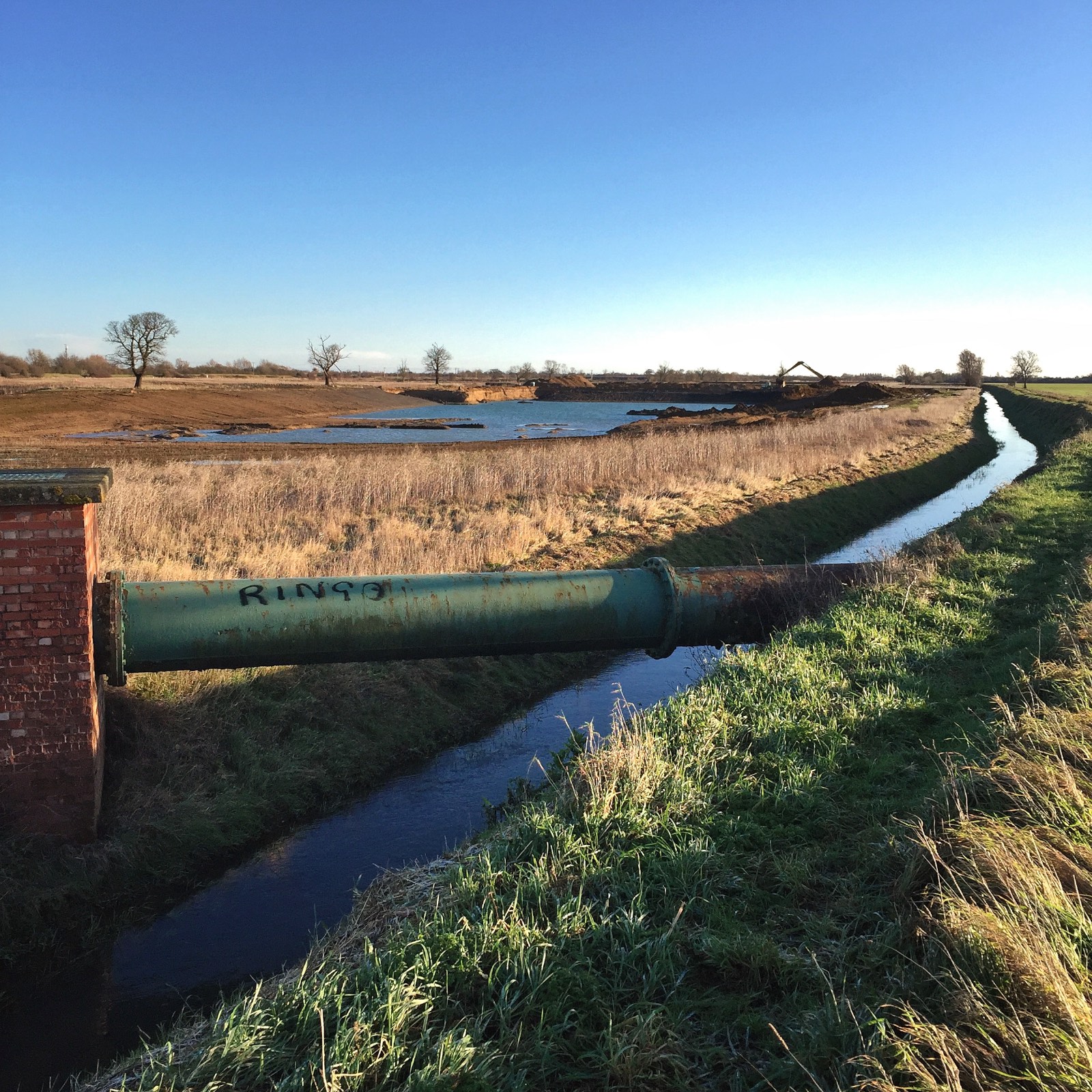 This is a modern working landscape and the heart of Britain’s industrialized agriculture. It takes a lot of effort to keep the fens dry enough to farm. 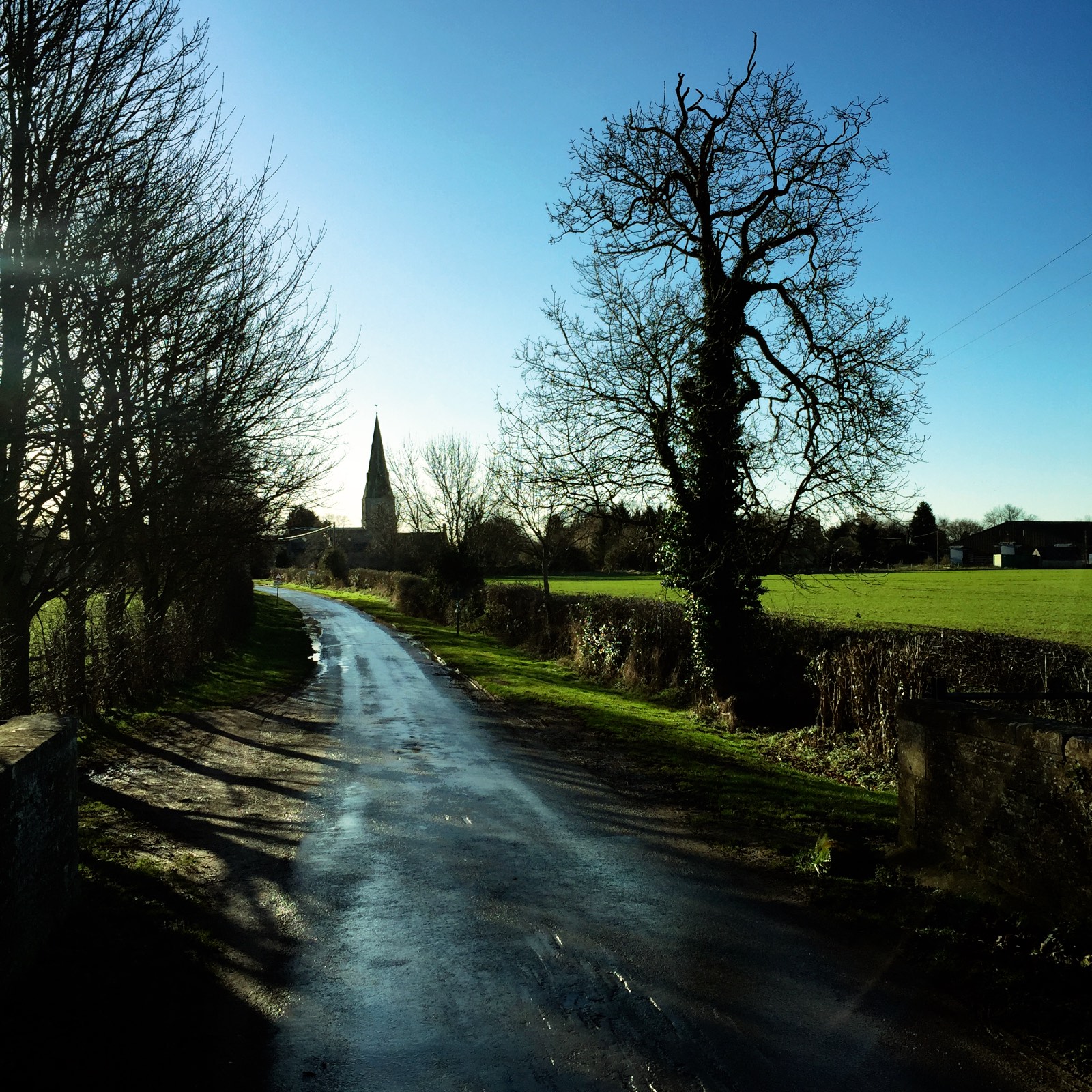 The Village of Etton. 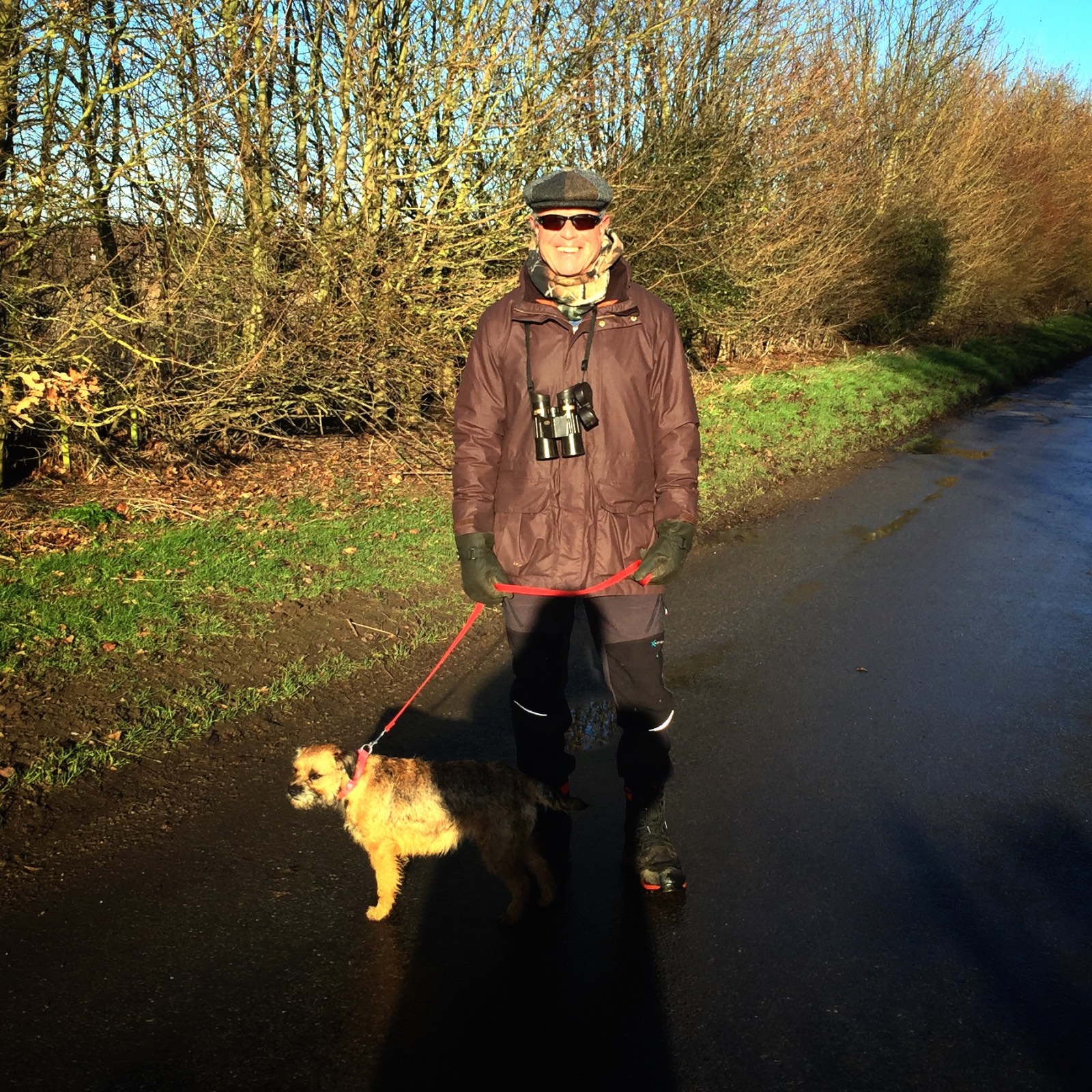 A real English walker! “Can I take your picture for my friends in America? You look AWESOME!” Tall boots, dog, hip-length coat, flat cap, binoculars. This chap is doing it right! It turns out he has been to Las Vegas and flown RAF planes through the Grand Canyon. 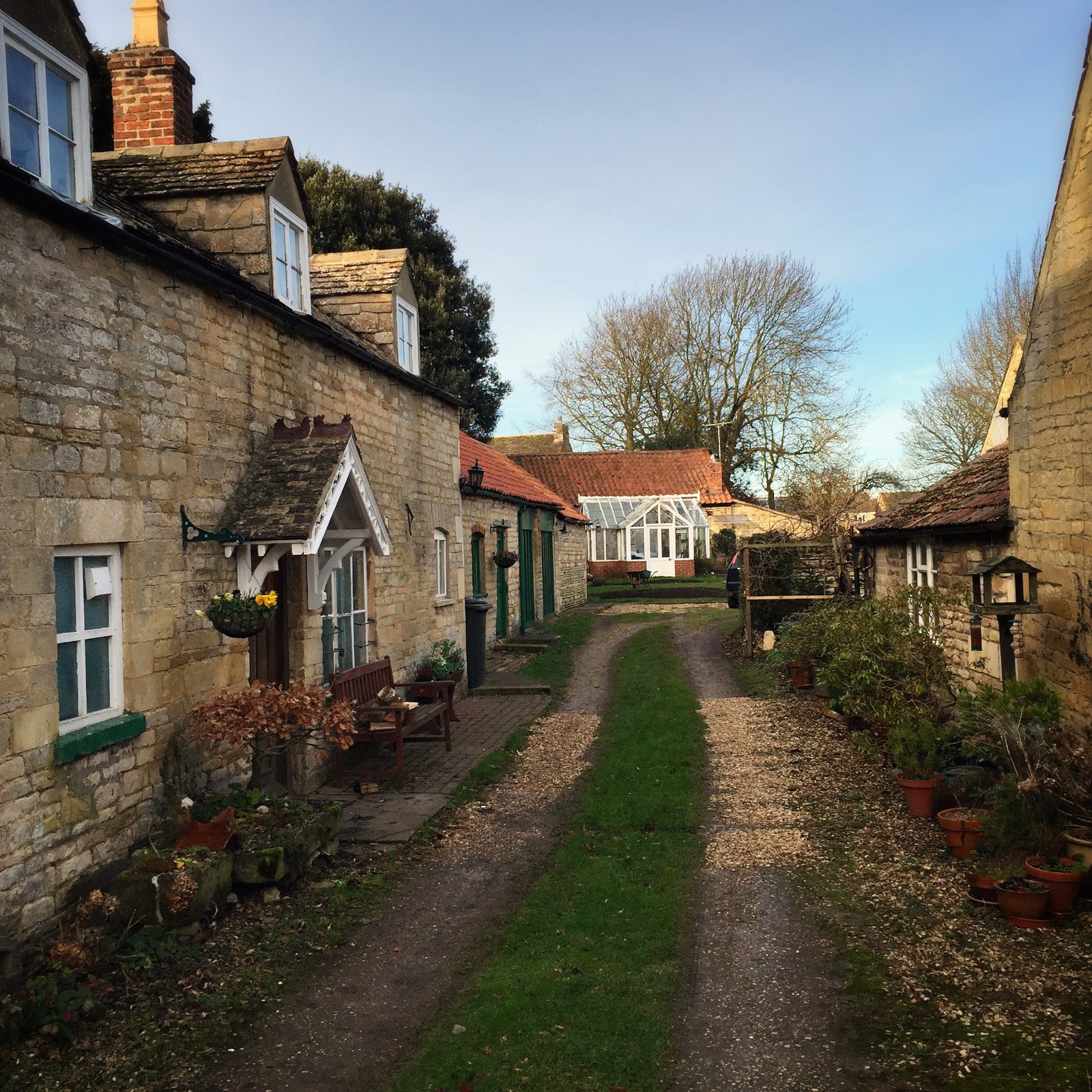 This is where I had tea with Andy and Mae. Swoon. 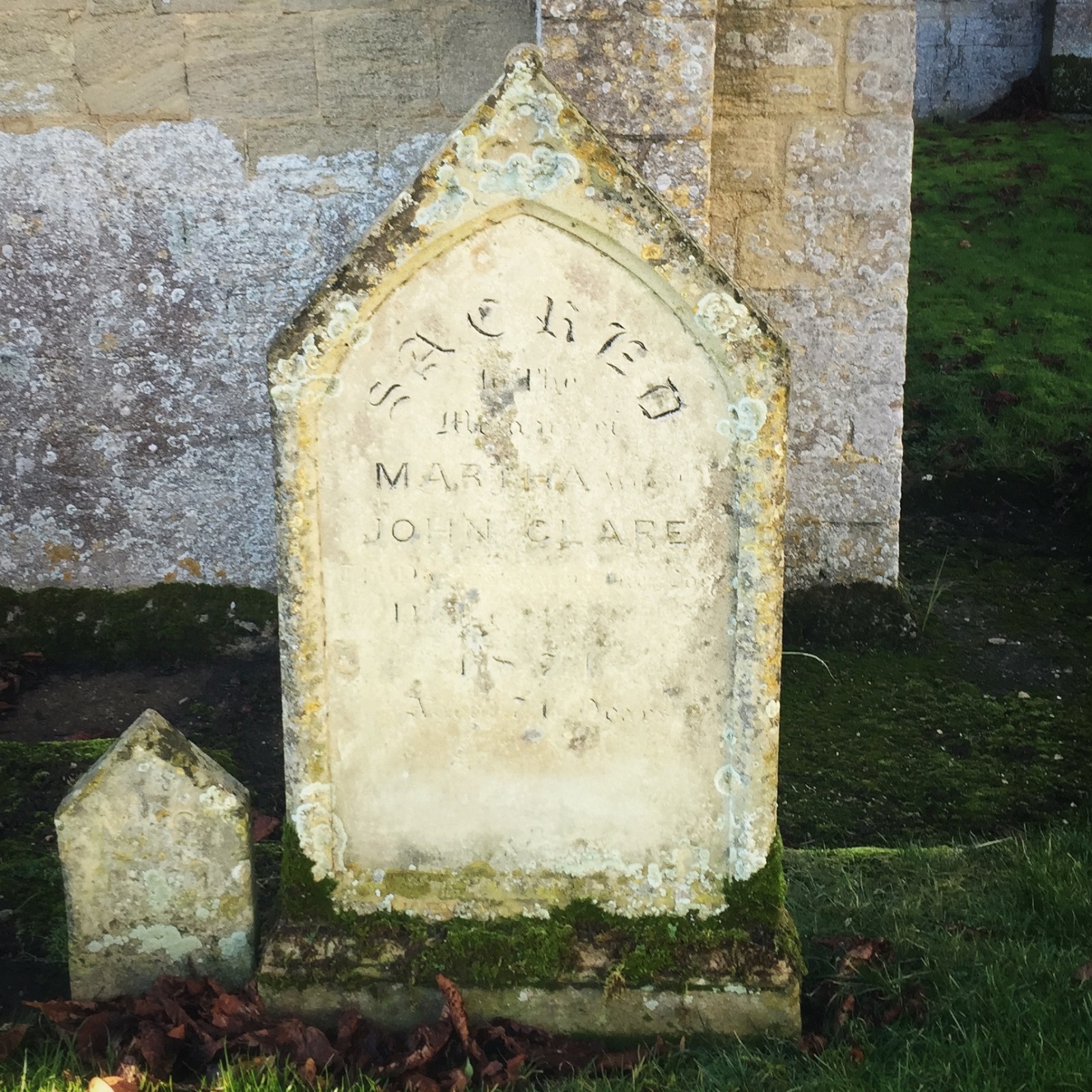 Martha (Patty) Clare’s grave. The whole family is buried here in Northborough. Her story would be really something for a movie or novel. As Clare went mad, he stopped recognizing her as his wife, sometimes figuratively and sometimes literally, and claimed that his first sweetheart was his true wife. He wrote misogynistic poems in the asylum. They had seven children she kept from starving. 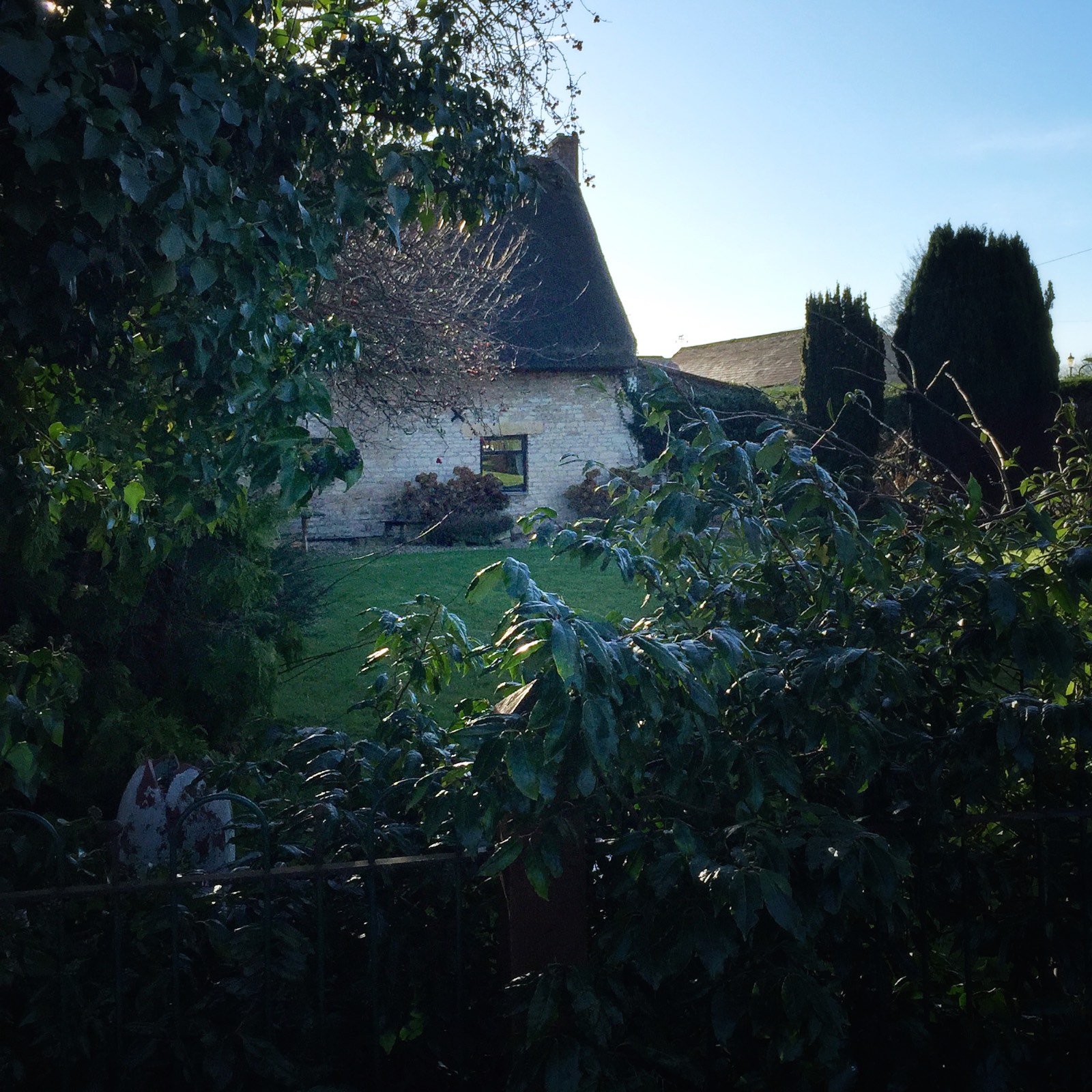 Clare’s Northborough cottage. The folks in Northborough don’t like the folks in Helpston and their Clare claiming! “He was happier here!” I don’t know if the writing supports that, but his family was certainly better off for the move. 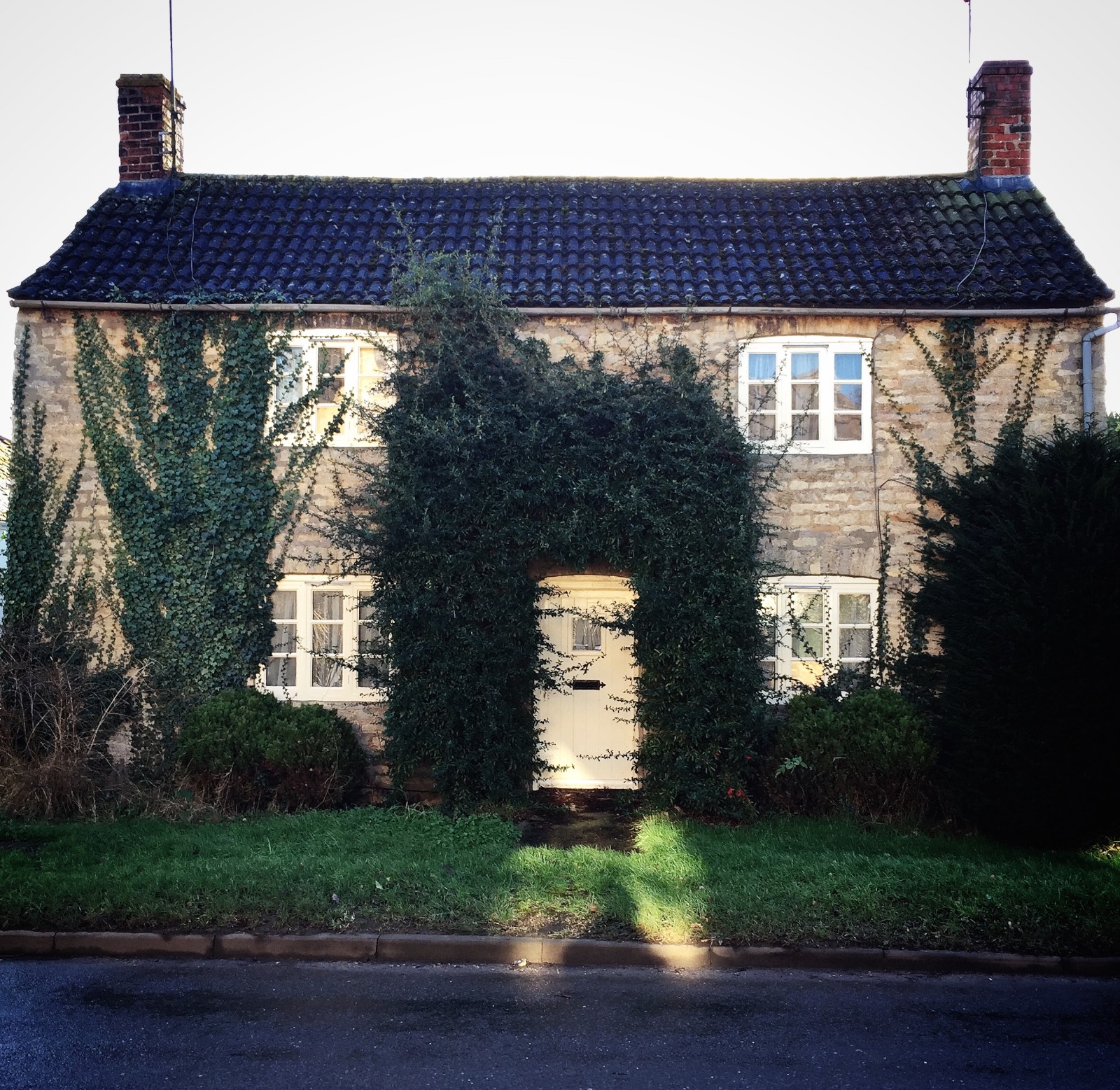 Another cute cottage in Northborough. 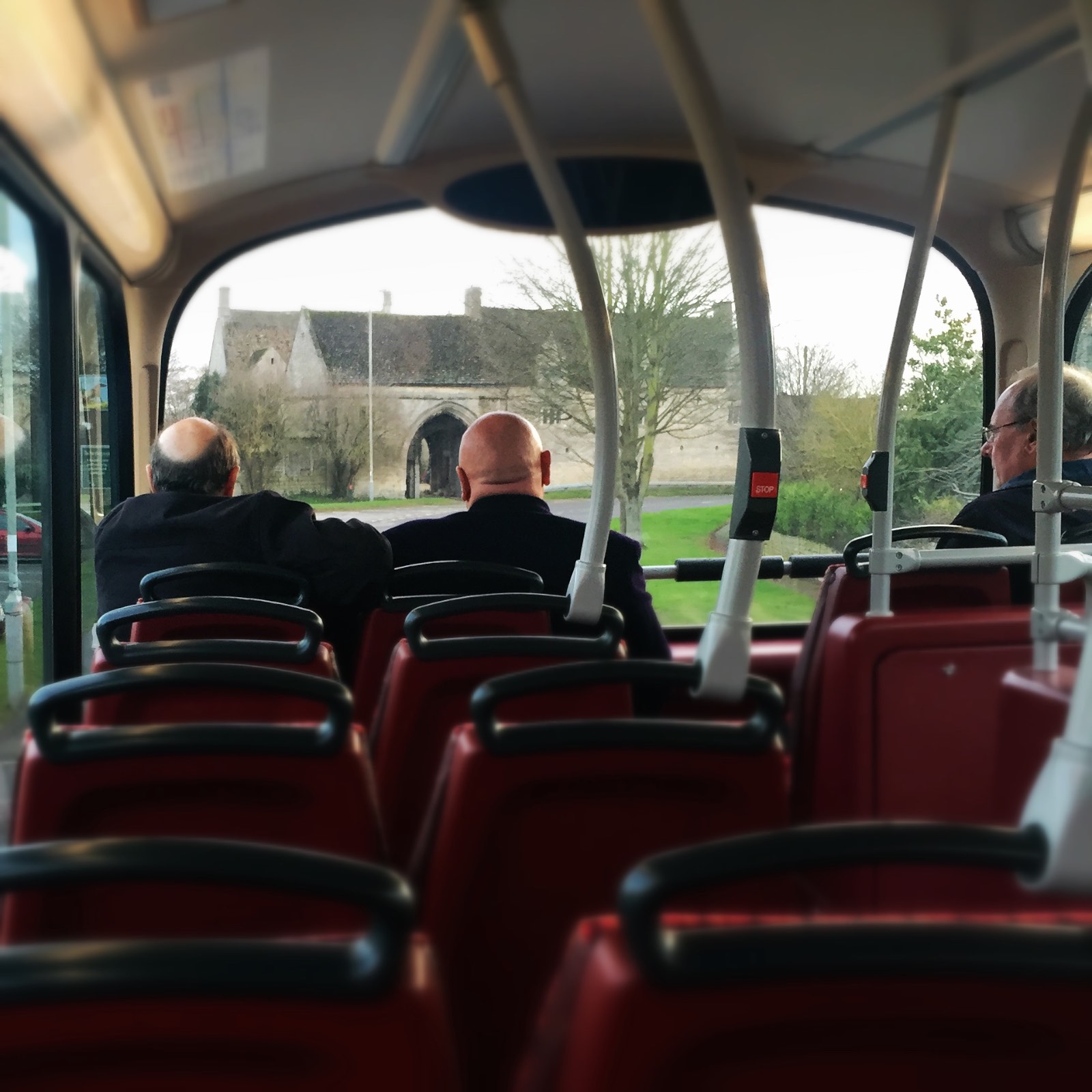 These guys were chatting about another villager named Harry. He goes to funerals for the food and is tight with money. The consensus was that Harry ought to behave better.