One of Clare’s happiest times in life was the year he spent working as a pot boy at the pub next to his cottage. He was slight and often ill, so it was less difficult than working in the fields, the owners were kind to him, and he often had time to sneak in a bit of reading.

Yesterday, after I switched hotels, I walked to Helpston from Peterborough, though taking a long route along the River Nene and coming from the south and the village of Castor.

Helpston is only seven miles from Peterborough, but it could be a different country. Old houses with thatched roofs, a bus stop, a Norman church, one pub, and surrounded by fields. Not much more. The Clare cottage sits a few houses from the center of town, but then all houses sit a few houses from the center of town! It was closed. I hailed a woman walking down the street to take my picture. When I told her my story, she said, “Well then, that’s an odd one. I’m afraid you’d be disappointed; there’s not much to it.” I assured her I wasn’t disappointed.

I looked at his grave and then went back to the pub, only to find it wouldn’t open till 5 pm. After going to a little frame shop in town, that doubles as a gallery and chatting with a MEMBER OF THE JOHN CLARE SOCIETY, I had nothing to do but sit on a bench in the cold dark waiting for the pub. I first sat at the intersection. Then I sat at the bus stop to seem less daft, before sitting outside the pub. I sat for an hour, waiting. I was the first one in the pub.

Being an American with Clare issues at the pub in Helpston is clearly going to be one of the best nights of my life because, despite my arcane Clare knowledge, I was obviously so stupid to the ways of the village that the old people were quite eager to talk to me and share a bit of their knowledge, while we all laughed about differences between our countries or the next village over.

I guess I started it by waving over some old fellows to share my table when the pub started to get crowded. It turned out the men, easily over 70, were brothers and from a family of eleven. Later that night, I met a sister. One of the brothers had taken the Queen Mary to America, and the other worked in Toronto for two months in 1966 before ditching his job and hitchhiking around America.

After they left, an older man I’d met briefly in the frame shop hailed me over to his table. And the rounds of beer buying started. He was an actual tenant farmer for the Fitzwilliams, and his grandmother remembered being at Clare’s funeral. In describing most things, he’d say, “It’s really cracking,” so I liked his attitude. With him were some newcomers to the village, folks around my age that had only lived there for fifteen years.

I won’t bore you with the many crazy things I learned, but this: evidently, young Clare had a seventeen-pound bar tab while he worked the pub when a beer cost a pence, and there were 240 of them to a pound. People came and went, we closed the bar down, and a kind gent gave me a ride back into Petersborough. I checked into my room about 1 am. 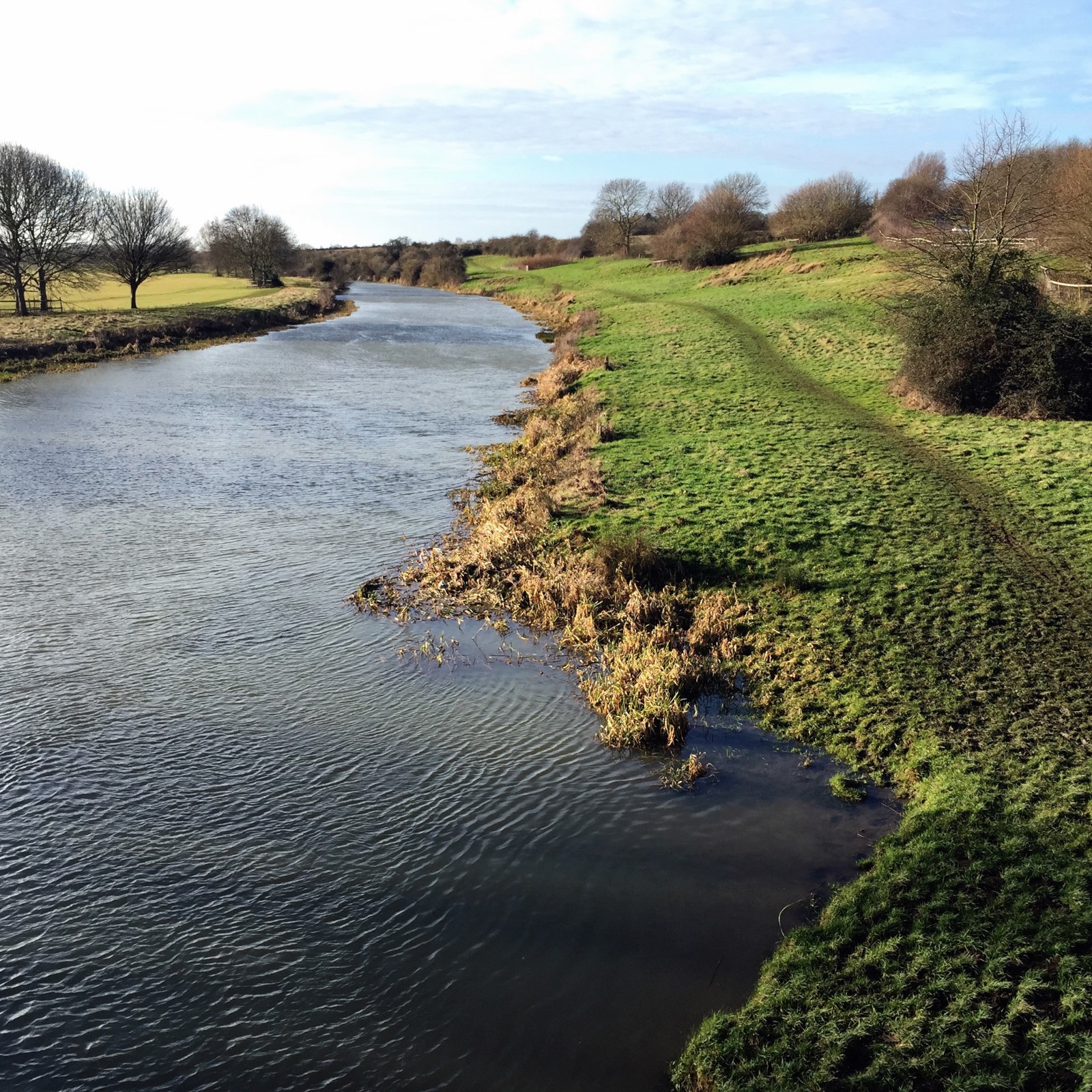 Walking along the River Nene. 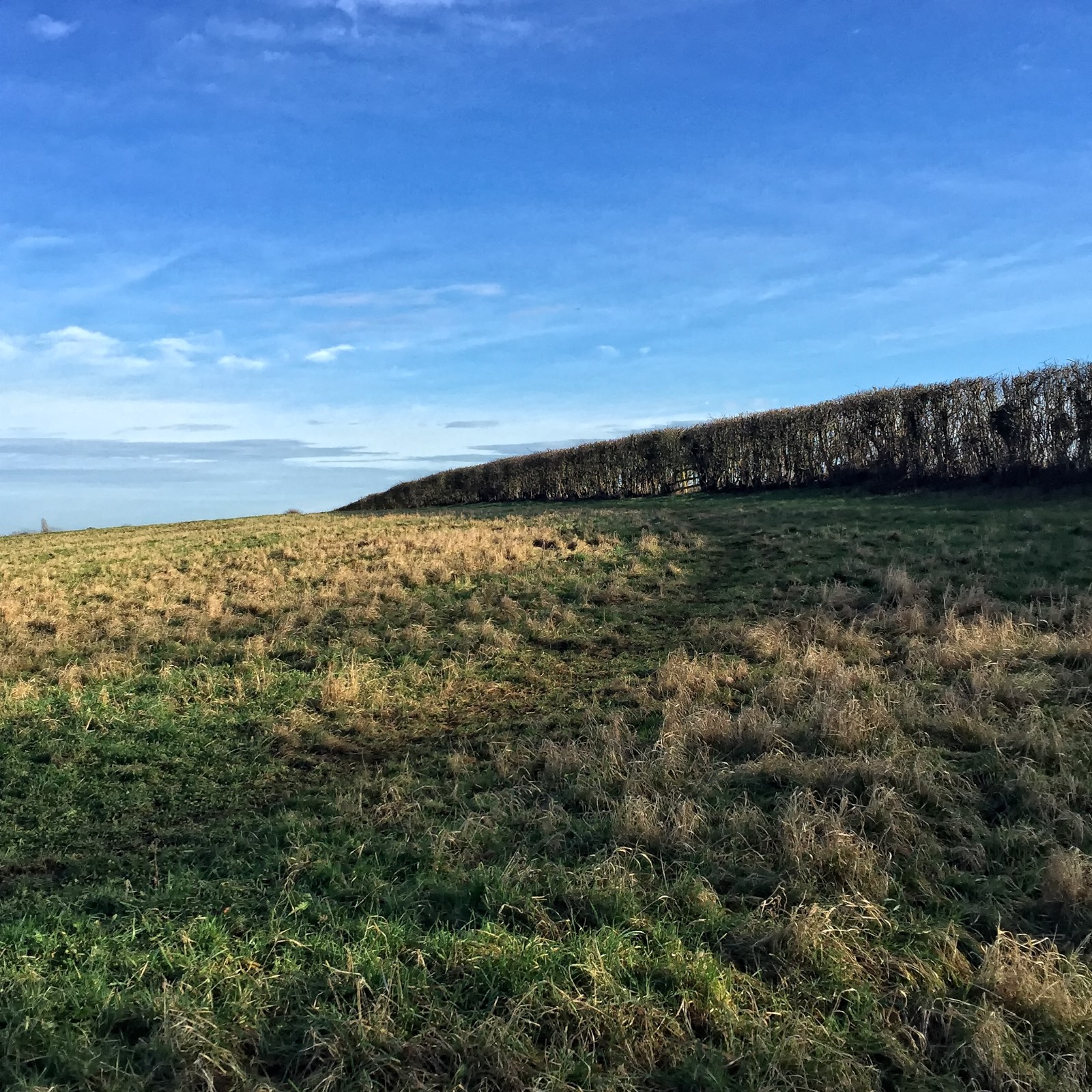 Many muddy fields to cross. Think plenty about what it must have been like to be planting the hedgerows that were, in turn, totally changing the nature of community in Helpston with the enclosures. 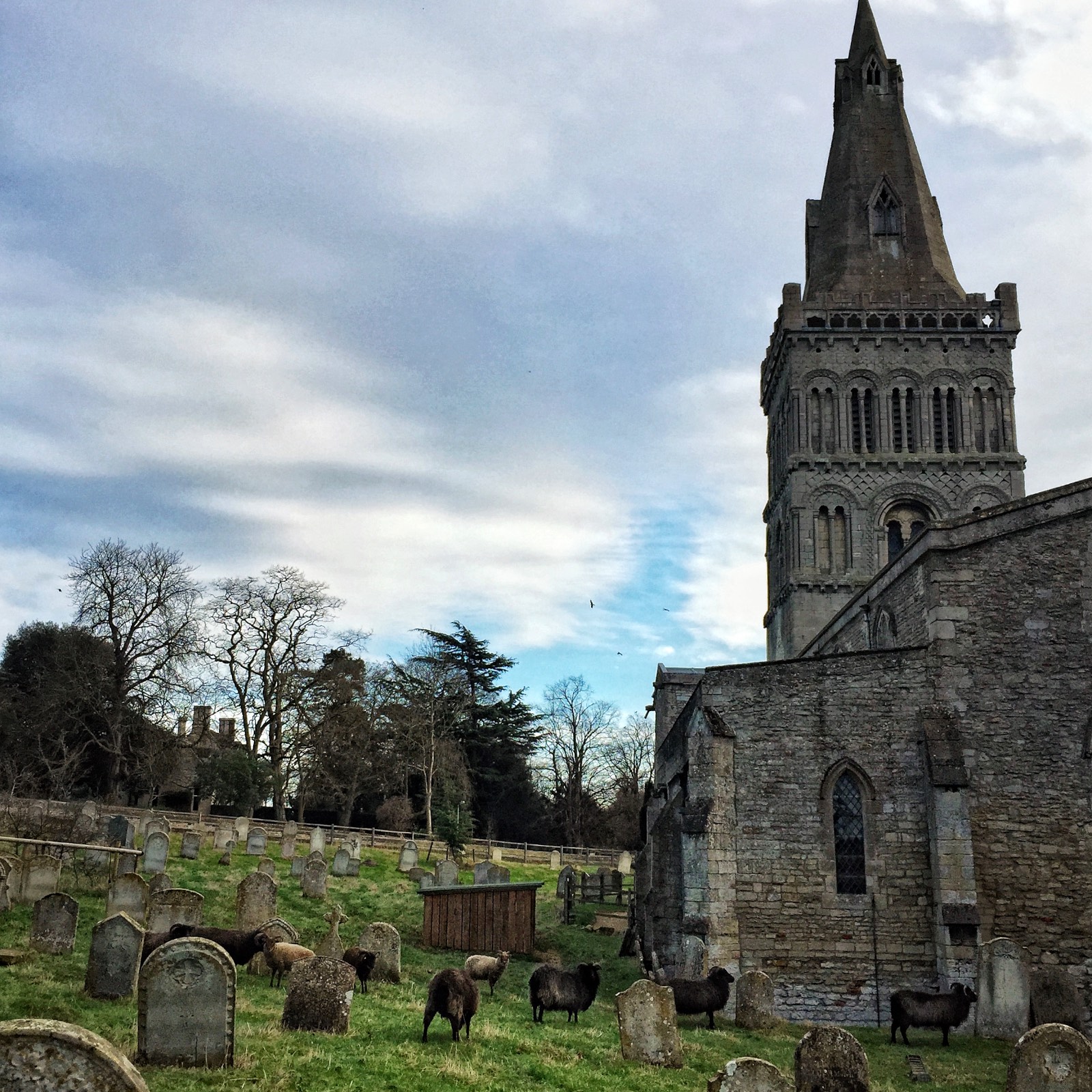 The churchyard in Castor. Seriously this is like five miles from such an ugly city filled with vast shopping malls, freeways, and blight. Incredible! 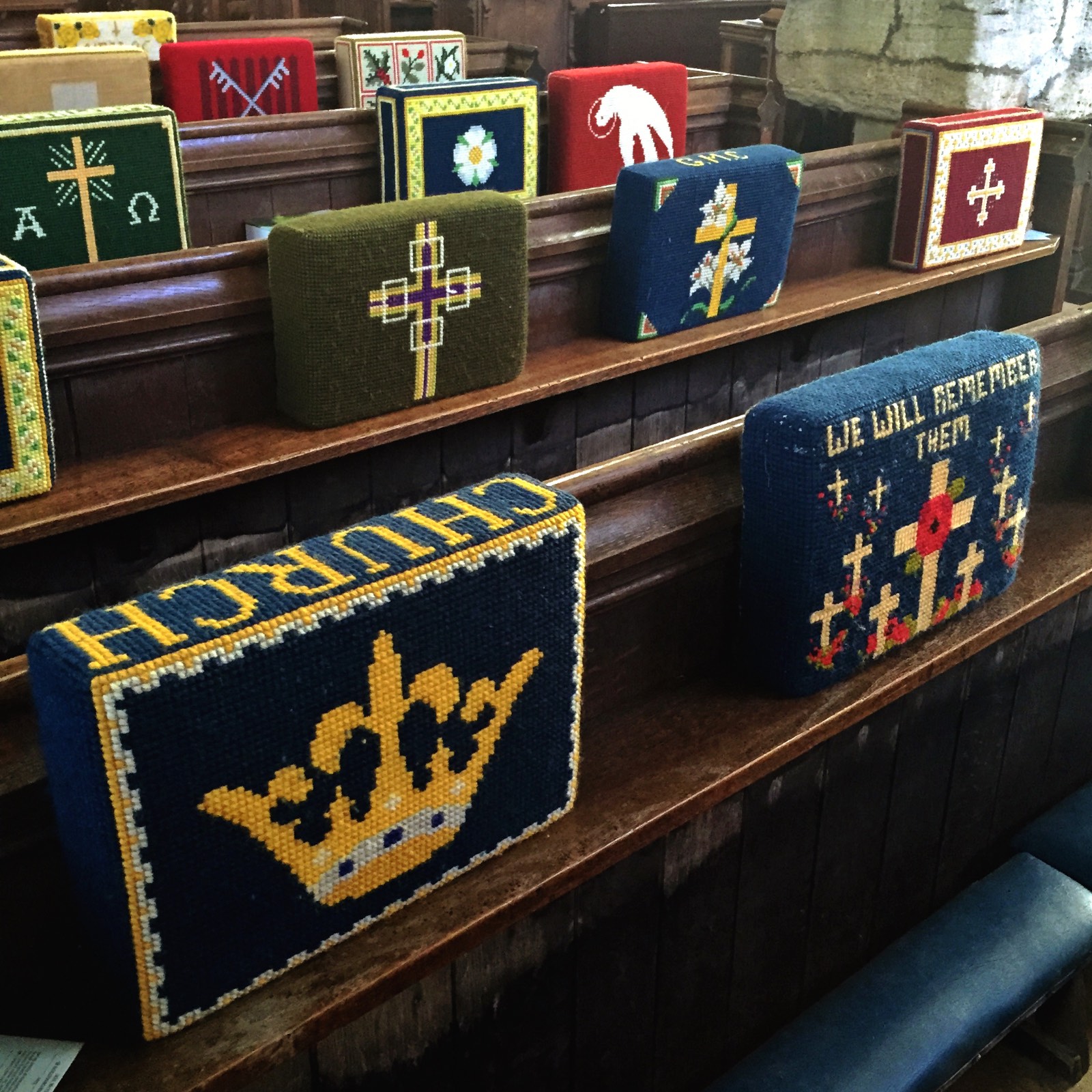 So sad. so lovely. 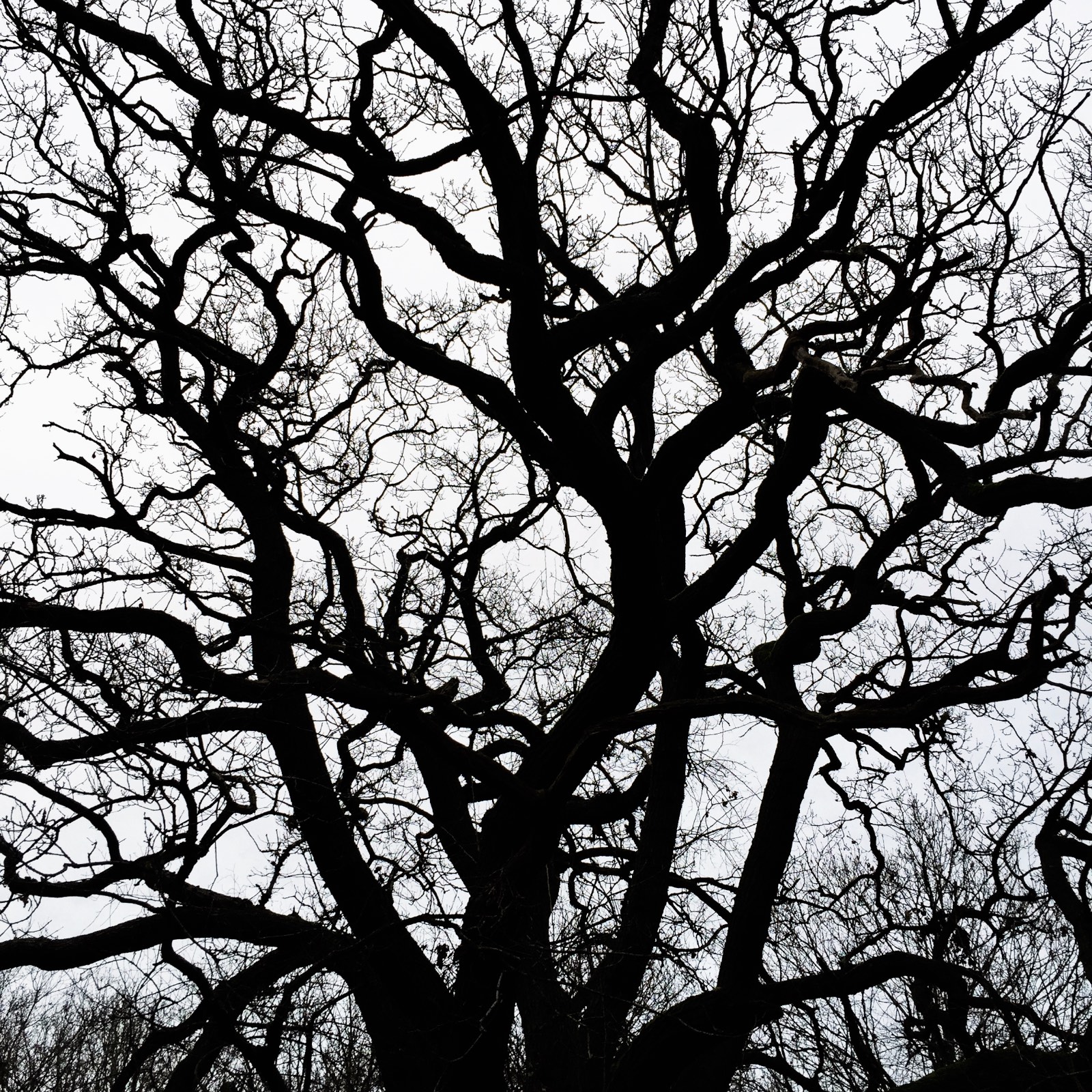 Clare wrote so much about the trees.

Ah, to sit in a bar and talk about the enclosures! Just crazy. A regularized landscape, to be certain.

The landscape outside of Helpston. Mostly flat.

Right next door to Clare Cottage is the Bluebell. The front room had a fireplace, and they call it “Clare’s Snug.” 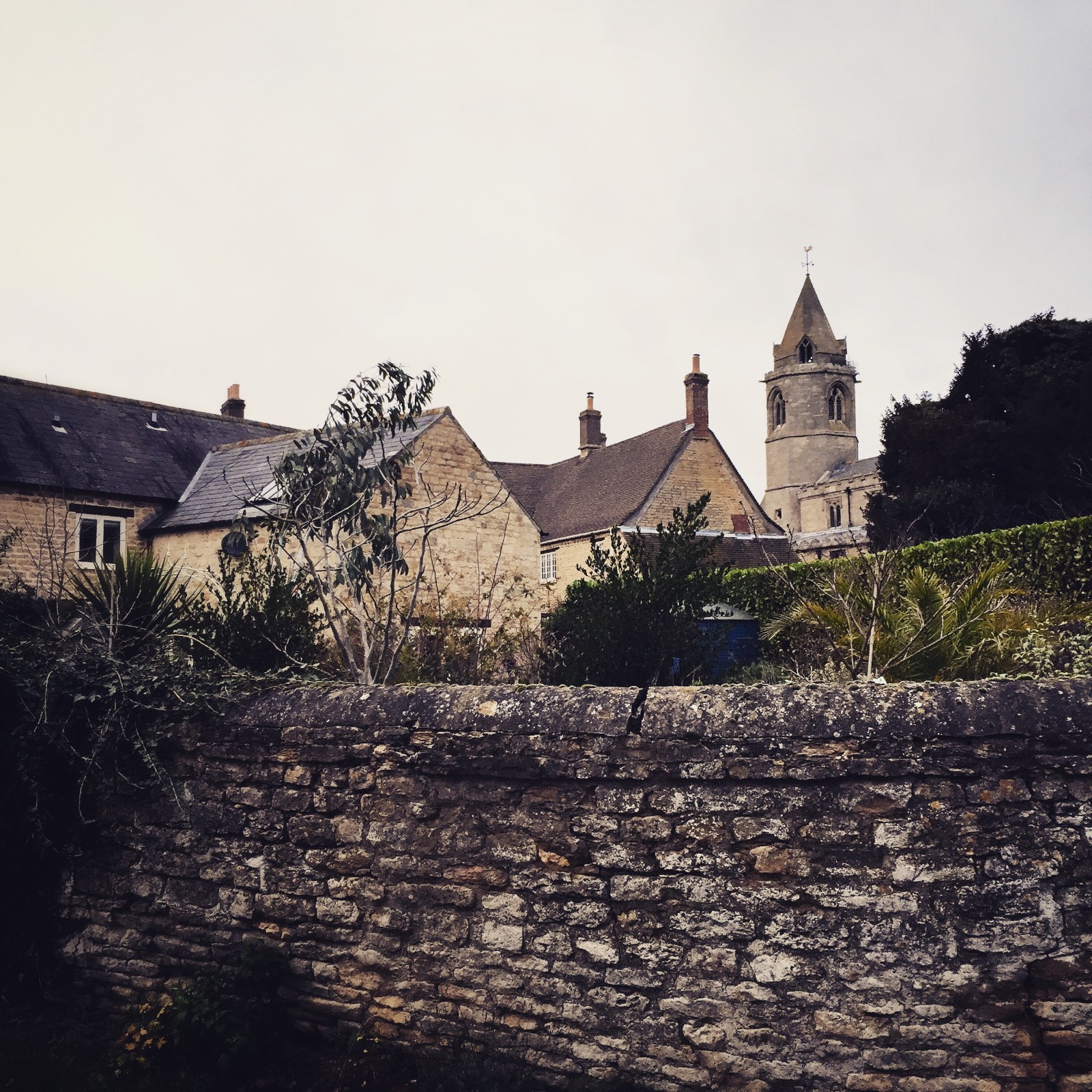 Helpston really looks like this. This was the center of town (and pretty much the edge too)

Clare’s grave. More on this later, because it reads, “A poet is born not made,” which is such an insult to how hard Clare worked to be a poet.

This is real. People live here. 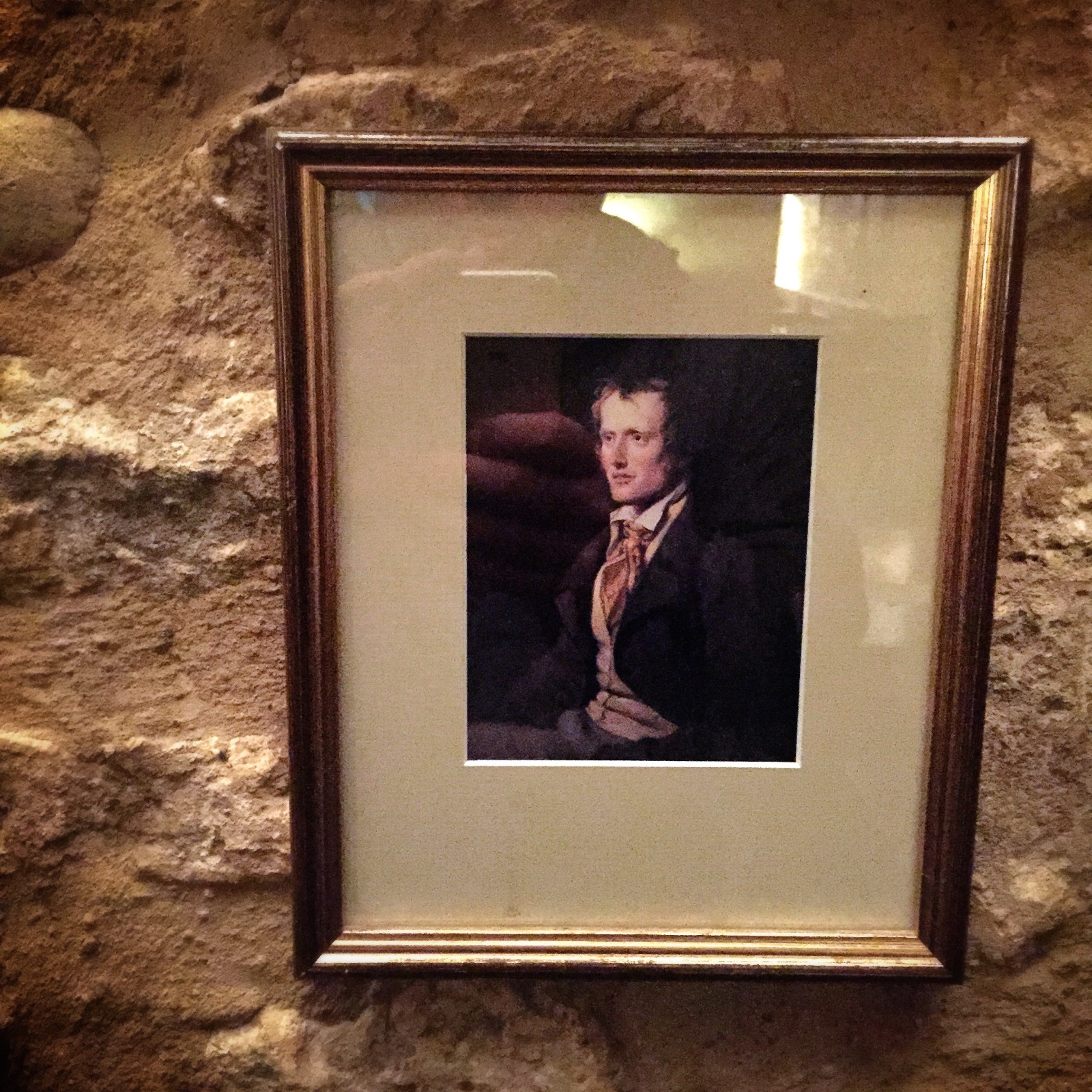 Our man in the bar. 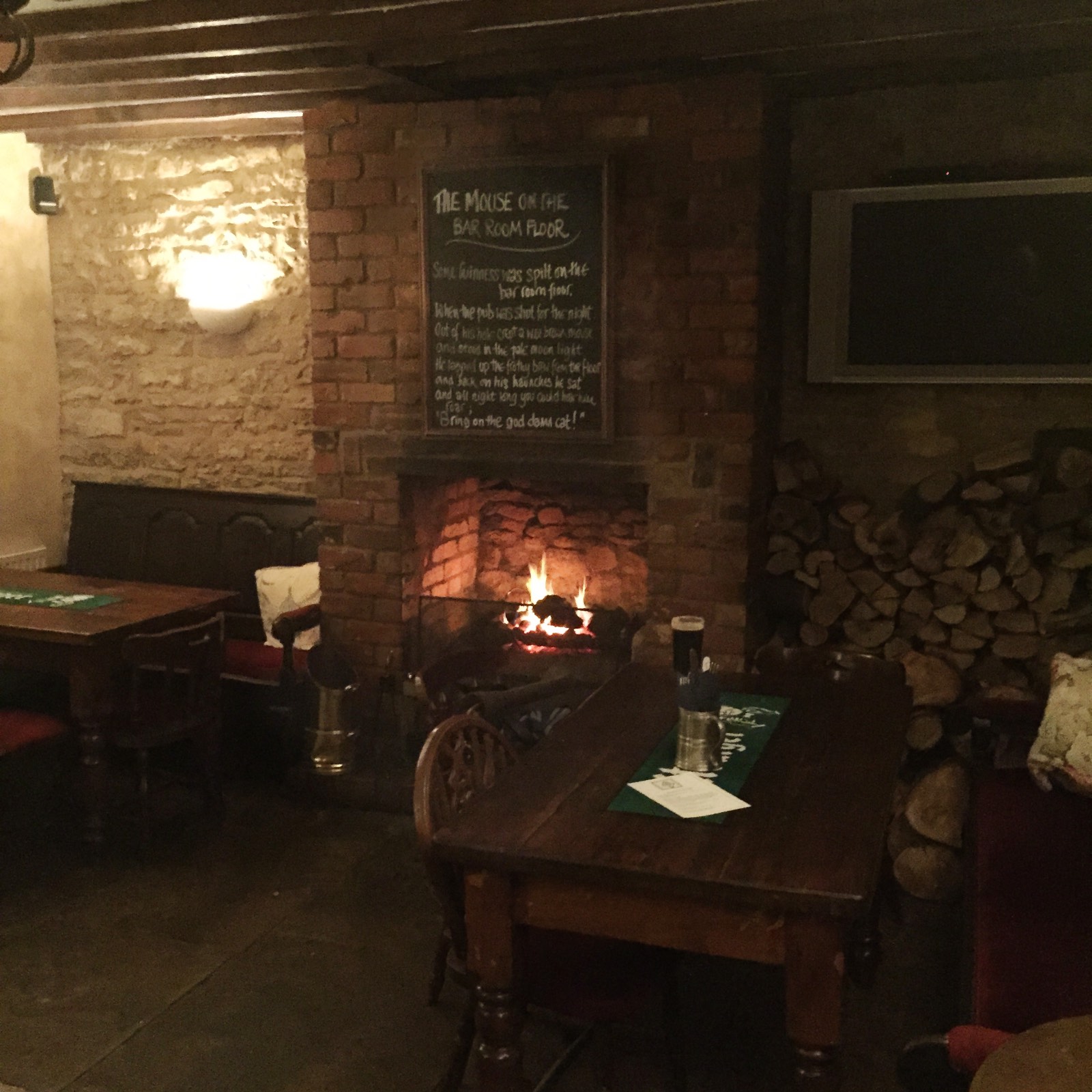