As I arrived back in Peterborough for my last day of Clare explorations, there was a disco version of “Life in a Northern Town” playing in the mall, which is a shortcut to the hotel. This seemed fitting to me, as so much of my expectations of what England would be like was based on new wave videos from the ’80s and a bunch of Billy Bragg songs.

There was not one good thing I heard about Grimsby, the new home of our Seattle pal, Terry. He traveled back to the Queen’s country to good decent health care and to be close to his mum, and that meant Grimsby, a port town at the mouth of the Humber River on the North Sea. Once prosperous, it hit hard times when the North Sea fisheries collapsed and it’s never recovered. Unemployment is at 25%. The citizens are up in arms as Sacha Baron Cohen’s next movie, “Grimsby”, is based in the town. They are quick to let you know it is filmed elsewhere!

Dear friends, Terry Clark seems just fine and is now what they called a concession. He rides the buses for free. He lives in a middle terrace. He likes to watch snooker and garden programs. His rent is reasonable. He recently planted gooseberries and snowdrops. I got a chance to meet his sister’s family, who lives just a few blocks away: nice folks and nice to be near family. We need not worry about him too much. He is good.

There is a beach town nearby, some falafel joints to temper the boring English food, and he has plenty of walking trails all around him. He is thinking about volunteer jobs, looking to join a walking club, and might take up an art project or two.

I did not find Grimsby terrible. There are much worse places all over the United States.

Terry stayed with us for a month before leaving Seattle, where he lived for over twenty years. We wanted to throw him a goodbye party, but our own busy issues got in the way, and we just let him slip away quietly, though it was lovely having him. I wrote this poem for his party that never happened. I have it sheaved into the Clare book, not sure if it will make the final cut, but it is always fun to write poems for your pals.

The Queens of England (Farewell)

I beat the empire in the letter fold, a steel navy out to sea
I let the German kings sink stone by stone Hanover gets its answer.

Now the rail to Birmingham, now the plaid on the chav
I shovel the coke, I black the boot, mum.
I put the regiments in order, so England is as England was.
I am the council flat in Liverpool and language is the dole.

They say the queens are strivers and Nöel Coward would agree.
I put my suitcase down when the subways started flooding.

This, this is England.

You do America in headdress and bruises.
You do it with a gun permit and a chip on your shoulder.
You take that picture in velvet, in cashmere and rub your fingers crisp,
Sargent & the Jews & New England & the money of shoe leather.

Turn from the sea, forget the navy, commerce is the harbor.

Sensitive to tycoons and railway stock,
You dig a mine in Nevada, you fell a tree in Michigan.

You put your suitcase down when the skies go quiet.

America is a map, not much more, maybe less. 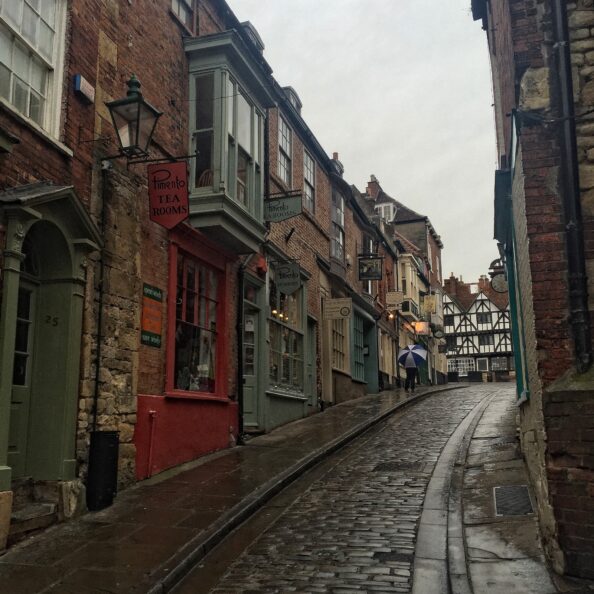 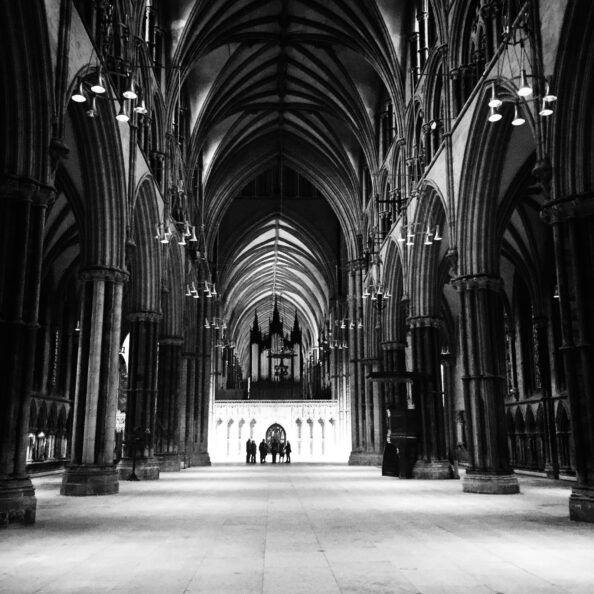 The Lincoln Cathedral. An amazing town to visit, off the American tourist circuit, but really super cool. LIKE ENGLAND ON TV! 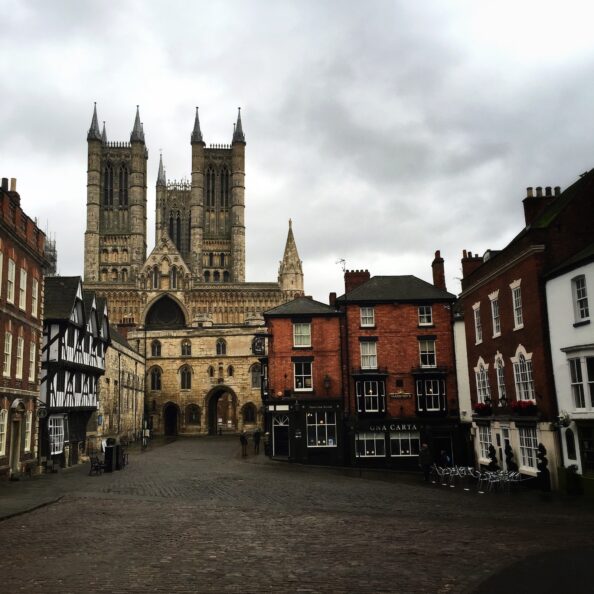 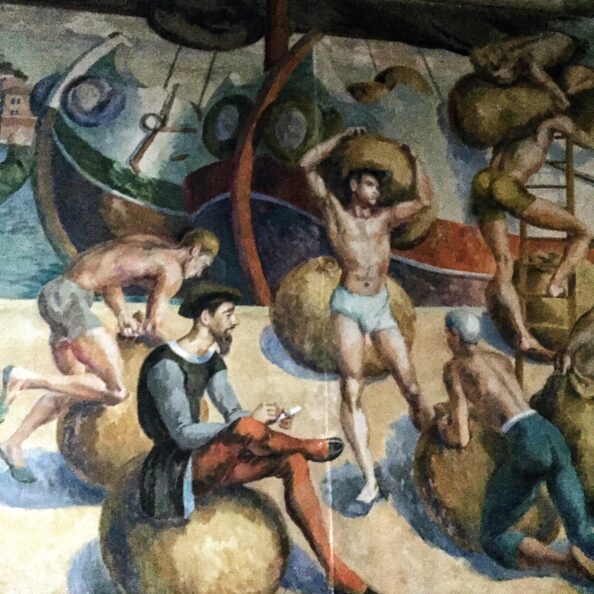 Wow, that’s some homoerotic art in the cathedral by Duncan Grant. 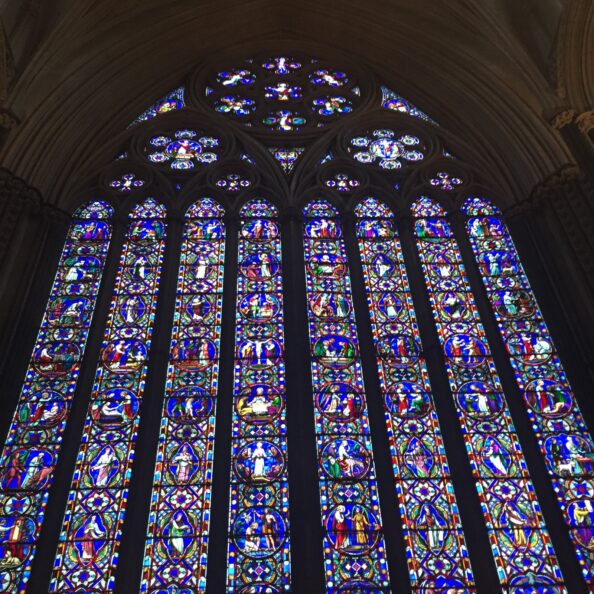 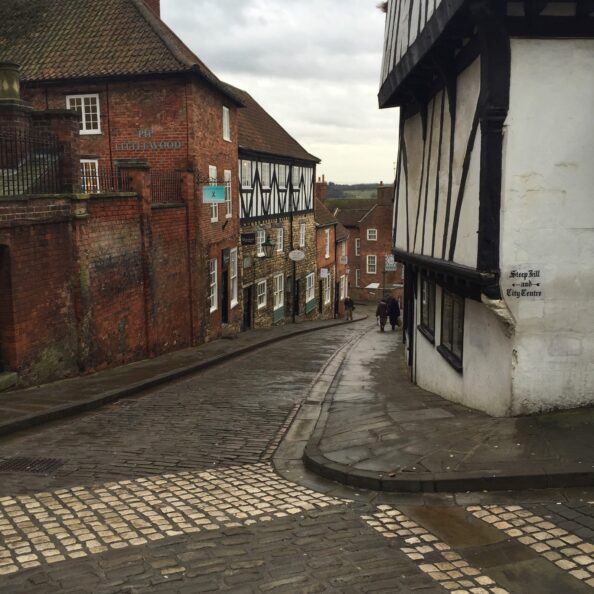 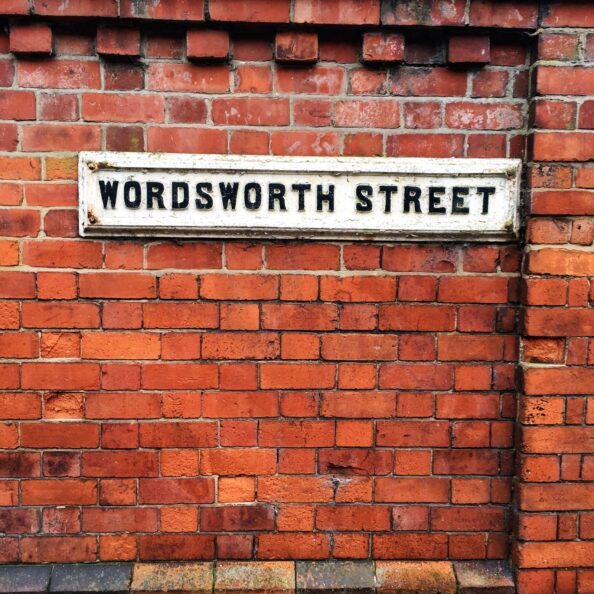 I may have to get serious on my next trip to Europe with some Lake District walks. 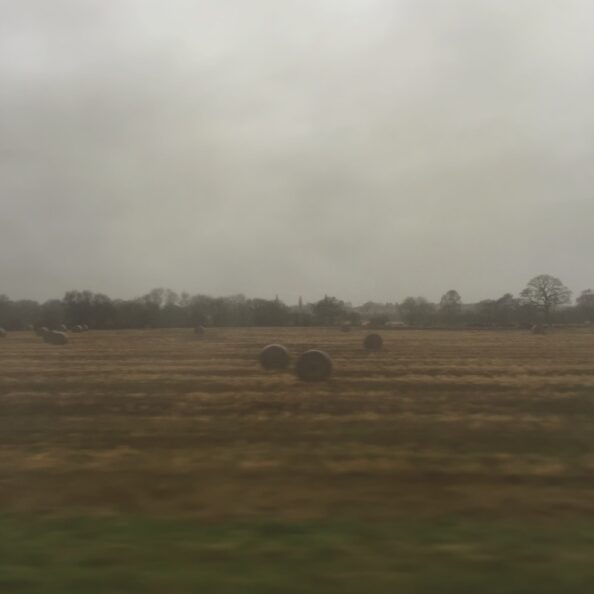 The countryside toward Grimsby via the train. 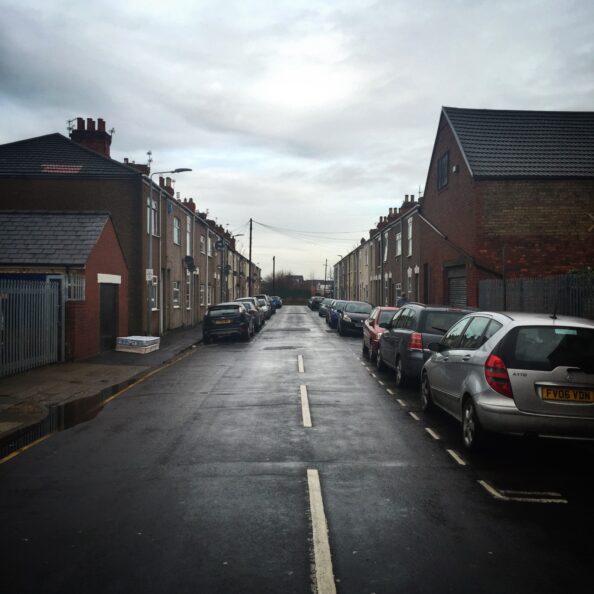 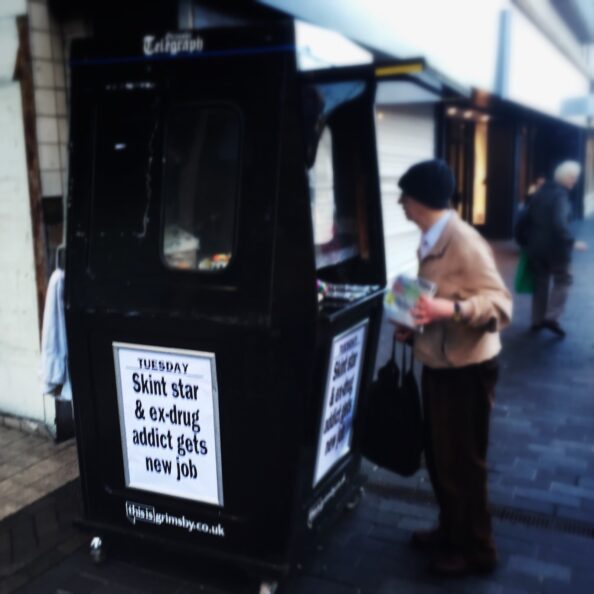 In addition to the upcoming “Grimsby” movie, folks are really sensitive about a TV show called, “Skint”, which sounds like a mix if Jersey Shore and hard drugs. 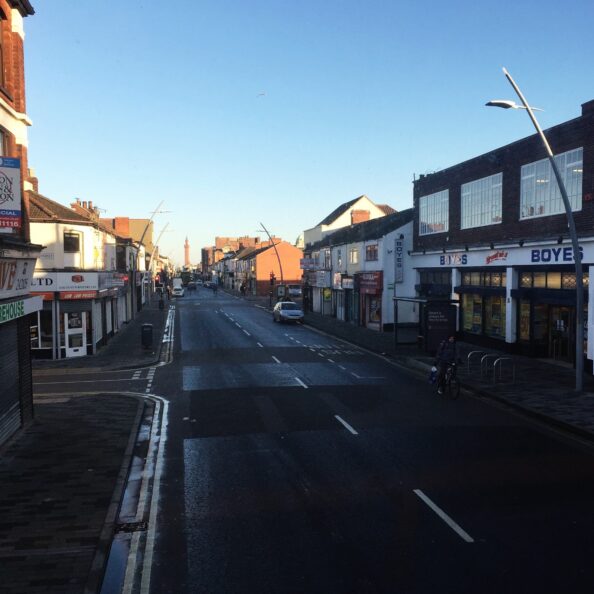 Another shot of Grimsby. I watched a hilarious Youtube video in which the mayor is waving his arms around talking up the WONDERS OF GRIMSBY, to counter the awful portrayal in the media and says, “We have a tower!!!” (It is not open to the public.) 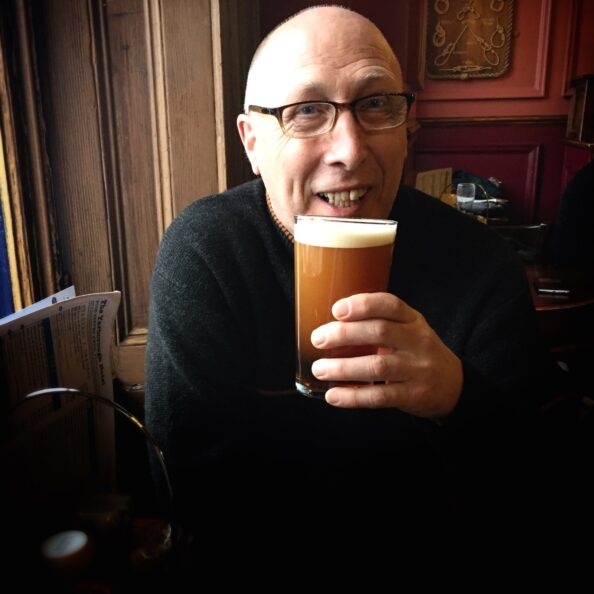 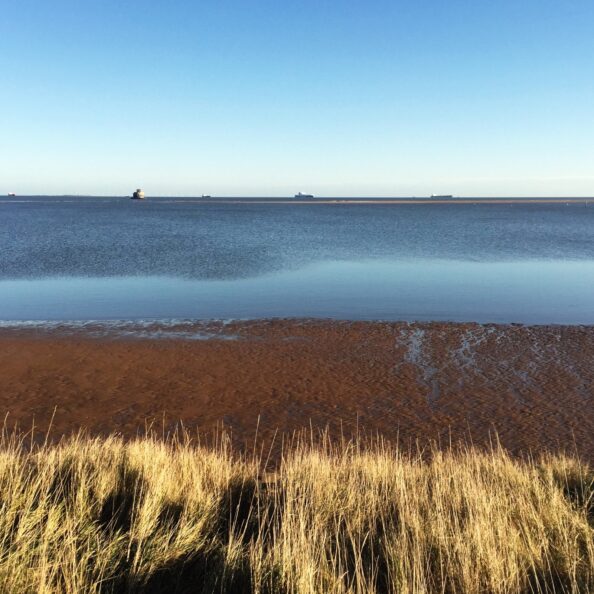 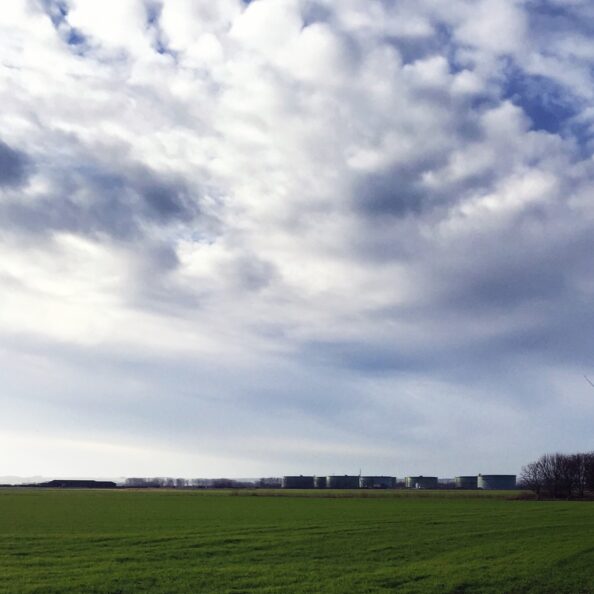 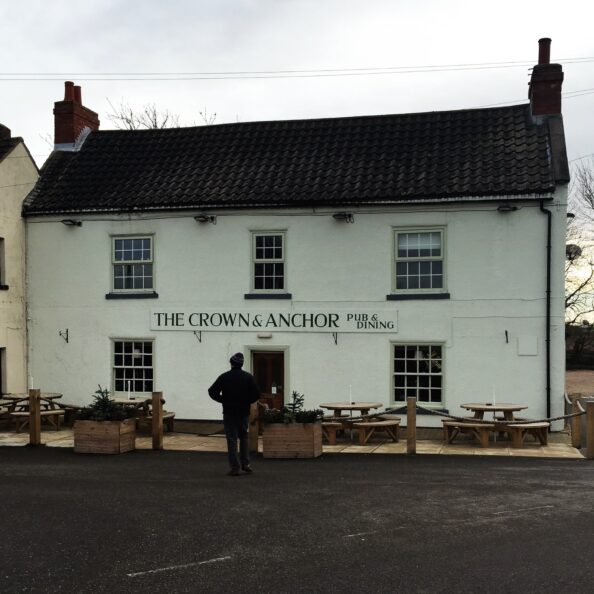 We walk to a little village pub!

The North Sea is out there.

In which I find out fish and chips is actually traditionally served with tea and buttered bread. This was the dowdiest restaurant I have ever been to. The people were lovely, but if it was the only place to eat I would have to stay home always.