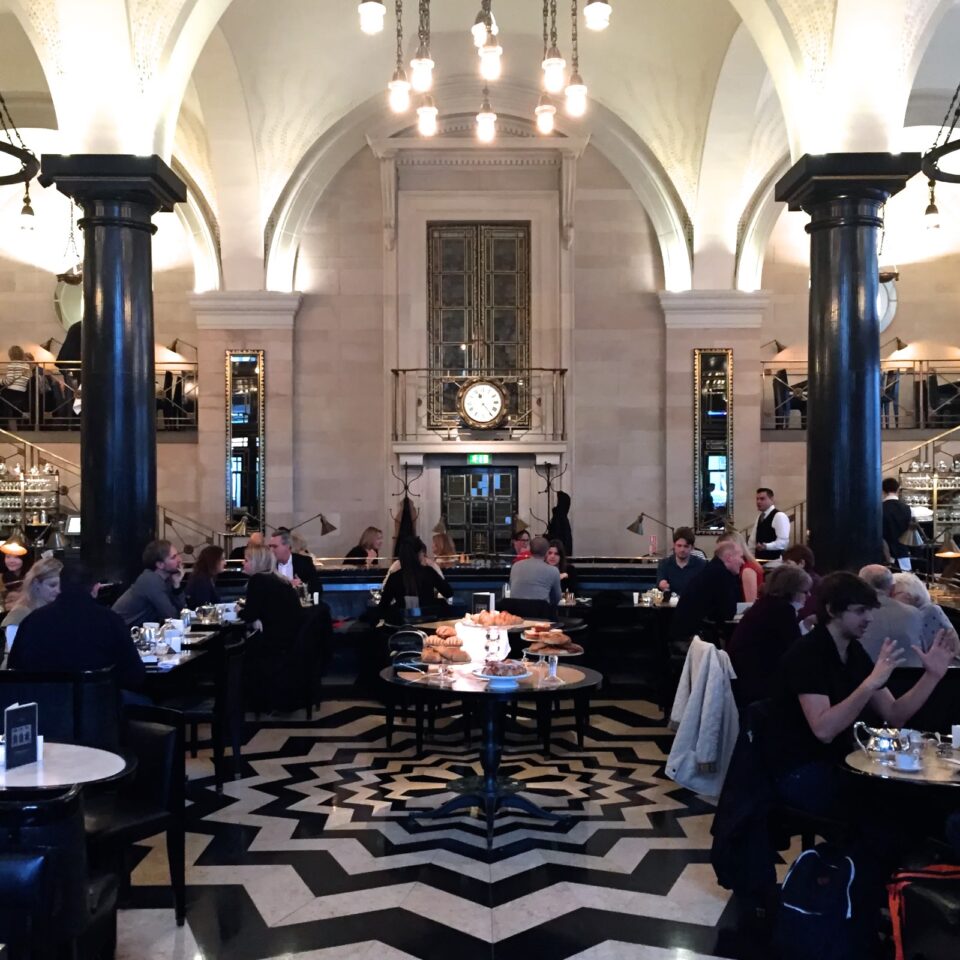 We went to Westminster Abbey today to see Poet’s corner. At ~$25 to get in, I am too churched out and decided I’d just have to skip looking at Clare’s marker there. I would rather use that money to drink beer.
And while I have the address of his publisher’s office, a quick peak on Google Maps shows what looks like a Victorian building with a shop called “Coco Mama” there. Something else to skip.

So, I guess that’s it. I bought myself an English chappie hat to celebrate a successful (by my bumbling standards) Clare exploration, though promise not to wear it walking with you if you find it too ridiculous to stand next to me.

We’re home in less than 48 hours, and while not particularly rested, are seemingly relaxed. I am looking forward to getting in the garden and working on my notes.

Here’s one more bit of Clare, arguably his most famous poem, written in the Northampton Insane Asylum late in his life.

I AM by JOHN CLARE

I am: yet what I am none cares or knows,
My friends forsake me like a memory lost;
I am the self-consumer of my woes,
They rise and vanish in oblivious host,
Like shades in love and death’s oblivion lost;
And yet I am! and live like shadows tossed
Into the nothingness of scorn and noise,
Into the living sea of waking dreams,
Where there is neither sense of life nor joys,
But the vast shipwreck of my life’s esteems;
And e’en the dearest–that I loved the best–
Are strange–nay, rather stranger than the rest.
I long for scenes where man has never trod;
A place where woman never smil’d or wept;
There to abide with my creator, God,
And sleep as I in childhood sweetly slept:
Untroubling and untroubled where I lie;
The grass below–above the vaulted sky. 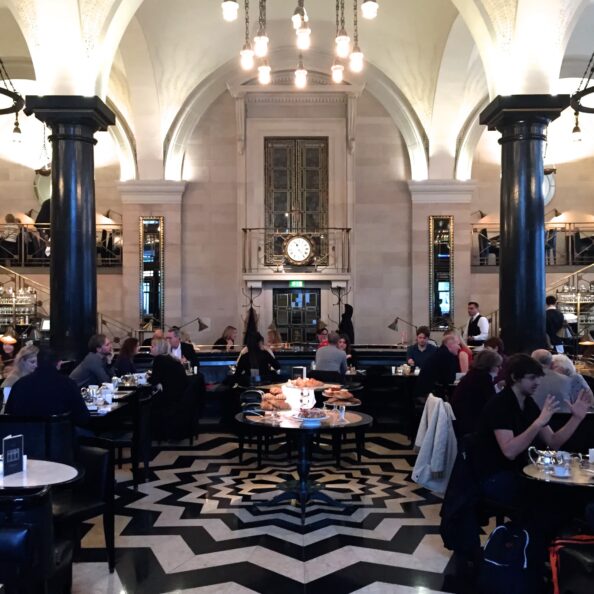 This was a very fun place to have breakfast, but you need reservations at Wolseley’s. 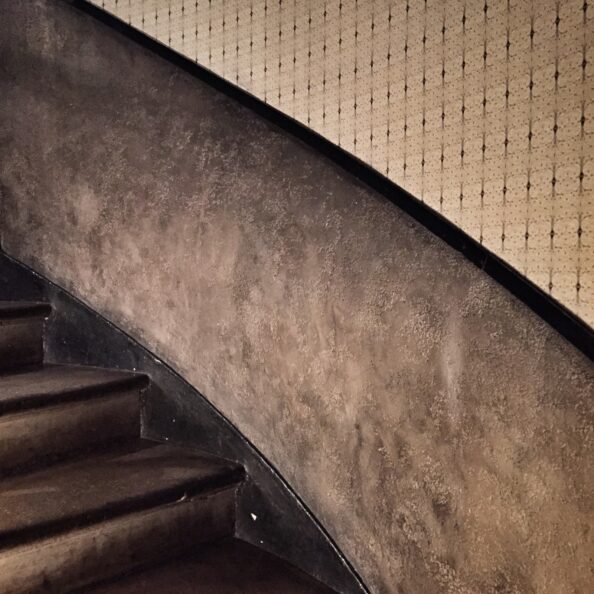 Stopped in Truefit and Hill for giggles. 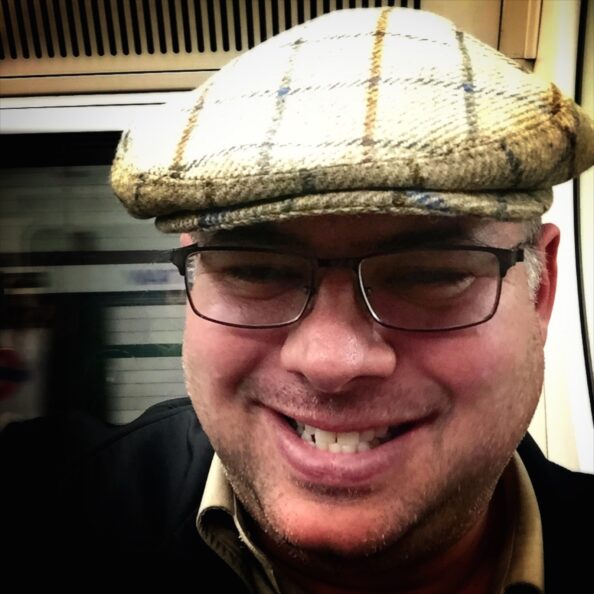 A London cobbler. Very beautiful stuff in there. 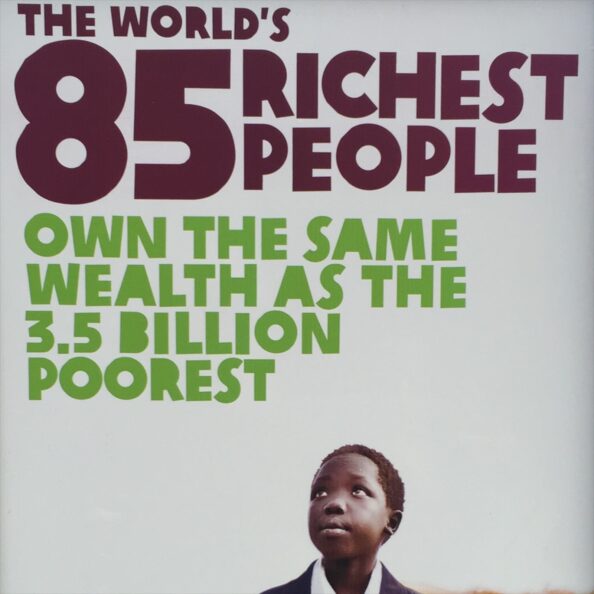 An ad campaign around London. Sobering. 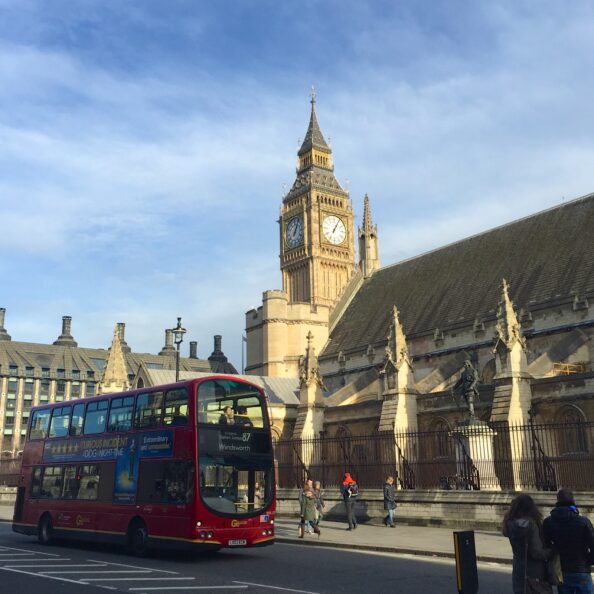 Tourist shot of Westminster, for sure! But we didn’t do a thing there. Next time, a tour! 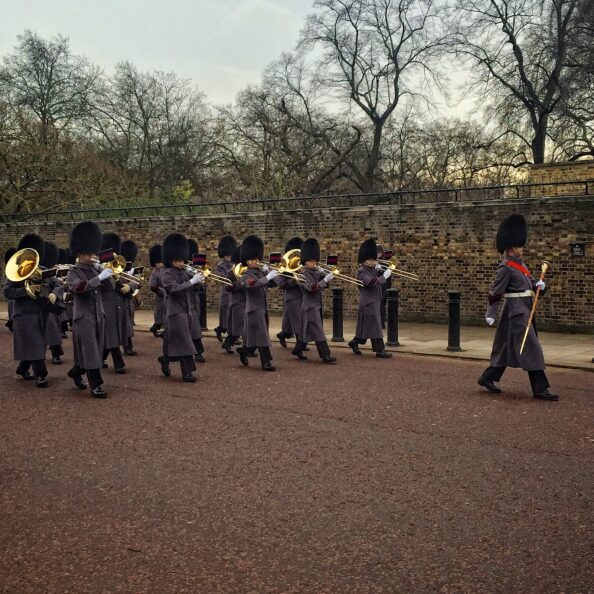 These guys just showed up. 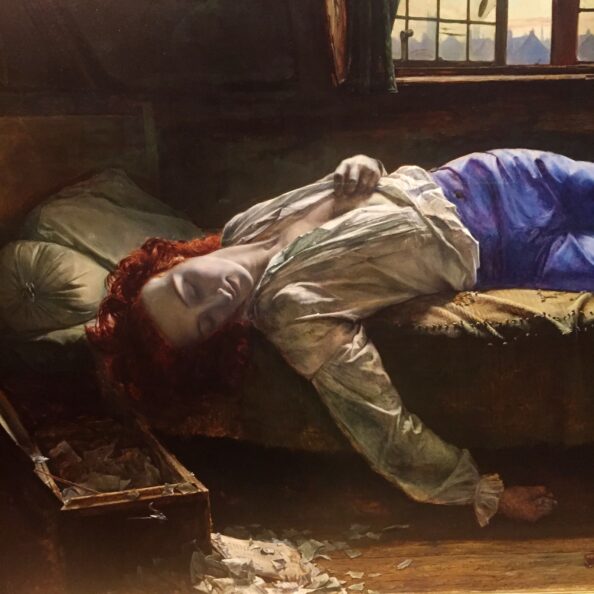 Wallis’ “Death of Chatterton”… so thinking about art at Tate Britain was as close as we really got to thinking about Clare today. Clare, like almost everyone else in his time, was taken with the mythology built up around teen poet and suicide, Thomas Chatterton.

We had dinner at Ottolenghi near Camden. It was good, but I thought it would be better.