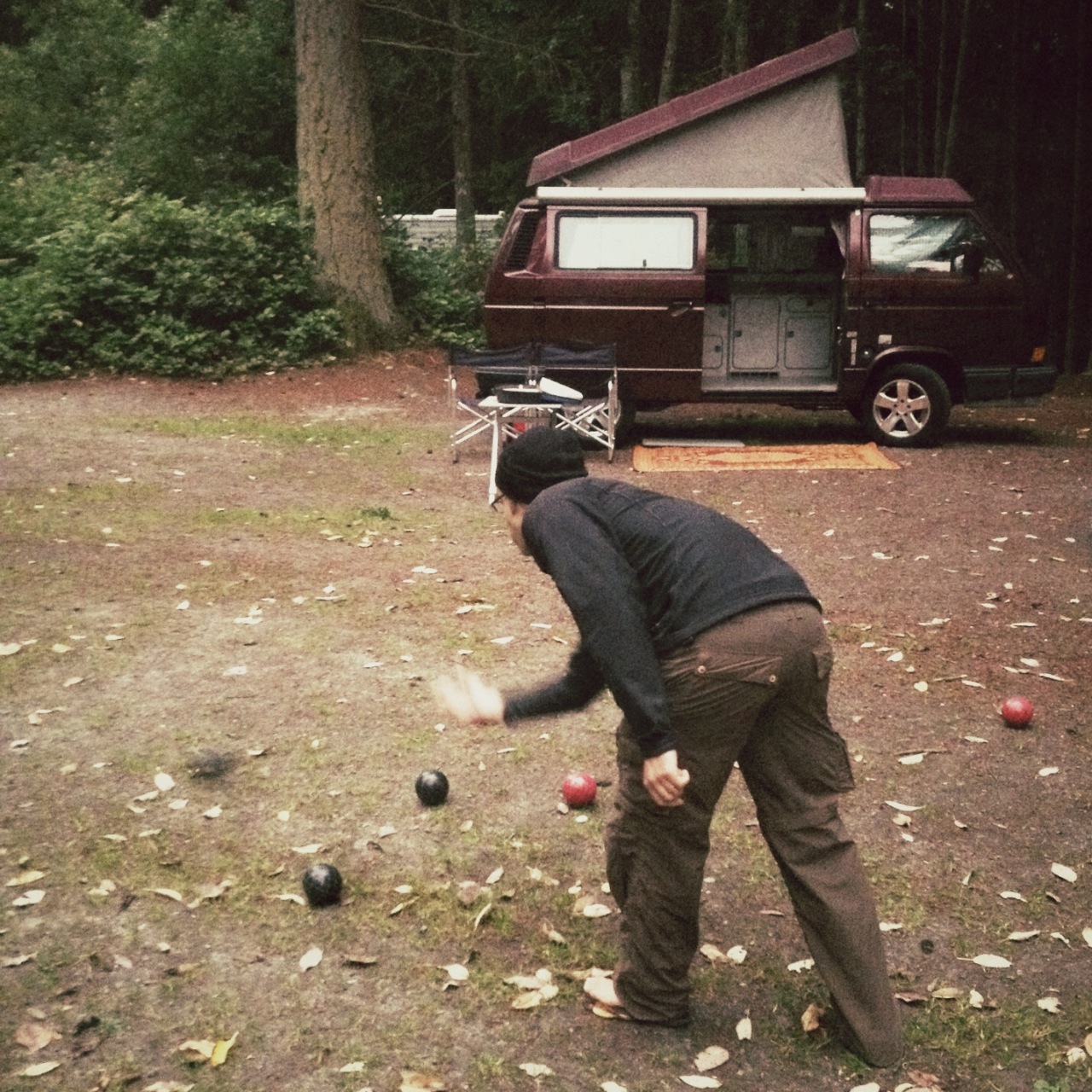 Last weekend I forgot my jacket, a sweater, a hat for cool Northwest nights and a hat for protecting my balding pate. Then there were simple things that might make camping nicer that we can now carry, like a fire poker and a grill to throw over the campfire.

Normally, I like to alternate camping weekends with summer weekends in the city, but after having our Westy in the shop for two month and missing an incredible spring, I am pumped up for some camping and adventure. So in went the jackets, in went that hats, and I picked Vic up from work and hit the road to one of the closest Washington State Parks to us, Camano Island to see what else we were likely forgetting.

I’d never been to Camano Island, but the first mistake we made was thinking that if we got there on Wednesday night, we’d arrive to a mostly empty campground waiting to be filled with the holiday crowds on Thursday. Signs were out: campground full. We drove around the very unappealing, crowded camp loops and truth was I was feeling a bit relieved as the camping looking horrible. Spotting a ranger on the way out, I pulled over and asked his thoughts on nearby camping, when he in turn, offered us a spot in the “overflow” group site, as long as we promised to leave on Friday. This turned out excellent as we had huge spot with room to play boules and comparative privacy and sun.

The beach at Camano Island is the obvious draw and this time of year, it seemed almost everyone in camp had a small boat they were taking out to go crabbing. Buoys bobbed all along Saratoga Passage and folks set up pots of boiling water for crab feeds right on the beach. Good Northwest living, in my book!

I’m not rushing to go back to Camano Island, though it’s close. Perhaps we’ll be back for some quieter winter camping. The cabins looked like a good bet, though the ones at Cama Beach are on the water with views and not stuck in the trees.

How’s the shakedown? I forgot the gray-water bucket, so we couldn’t use the refurbished sink. I forgot to pre-grind the coffee, so I ended up cranky and drinking tea. I definitely need to remember some big wooly socks that will look smashing with my Birkenstocks. It’s also time to get out the bug nets that came with van, but our list for next weekend and the gear needed in the van is shorter. Summer is here! And I think it’s going to be really spectacular.

Truth at Duck In Cafe