Being a Tourist: Amsterdam 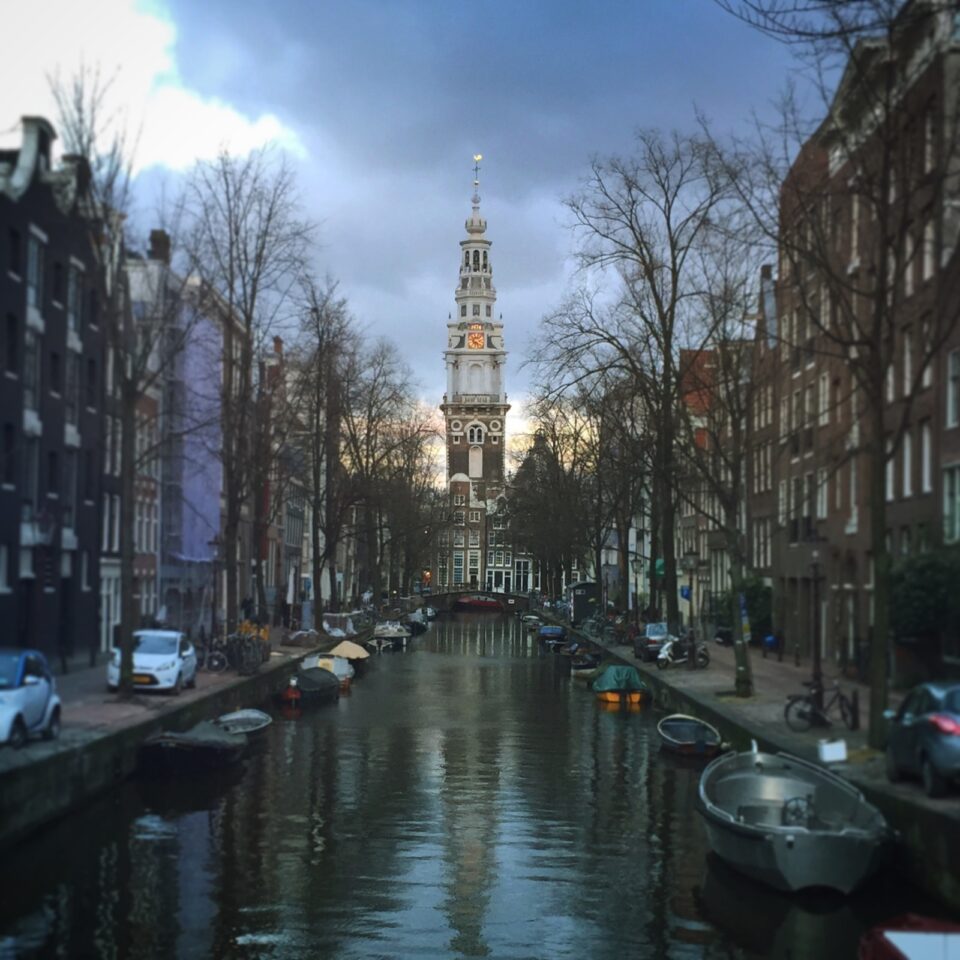 As I’ve gotten older, I have less and less interest in rushing around. When we set up this long vacation, we both packed plenty of books, ideas to write about, and a deck of cards with the idea that we’d likely be spending half our time in cafes and that we’d not scurry from one museum to another, dashing about and missing the actual sense of the place. It turns out this is hard to stick to! So many things to see, so little time! GO!

Amsterdam is fairly ideal for tourists. It’s compact, a pleasure to walk in, and the Dutch are great at English if your Dutch isn’t up to par.

My list of things “to do” was fairly small.

I wanted to eat herring as much as possible. Yes. Every day, multiple servings.

I wanted to see the Hortus Botanicus, one of the oldest botanical gardens in the world. It was fairly disappointing as there was minimal history presented there and, of course, December isn’t the most ideal time to visit most gardens.

I also wanted to look at the renovated Rijksmuseum. The last time I was in Amsterdam, most of it was closed, and most of the art in storage. The funny thing about visiting the Rijksmuseum is that I spent all my time on the lower floors, mostly alone, and only joined the crowds in the Dutch Masters right as the museum closed! So much for seeing them. If you’re only going to one museum, this is the one to go to.

I wanted to take another canal boat tour and to do it with Victor. It is easy to get on a boat and float around, though I’d have liked a longer tour or rent our own boat or kayak. Still, I will do this every single time I am in Amsterdam. Absolutely.

I wanted to smoke some weed in an Amsterdam “coffee shop.” With the legalization in Seattle, this was actually a very underwhelming experience with some crusty weed in a stinky place. Well, the second place had slightly less stench, slightly better pot, but still, it kinda felt silly to be cooped up in some bar with not very many options waiting to get high. I say, on this front, skip Amsterdam and just come to Seattle.

Of course, I did a few other things.

I stopped in the Hermitage, which has a recently opened branch in Amsterdam next to the botanical garden. As far as I can tell, it only presents exhibits and has no permanent collection. Both exhibits were well-designed and engaging, and I’d say it’s really about the right size for a museum in that you’re done in an hour and a half without being overwhelmed, though you can relax in the great cafe space if you need a break.

I skipped the Anne Frank house, though Victor went. And I also skipped the Rembrandt House. Victor also went to that. He had fine things to say about both. I am guessing the lines are beyond belief in the summer.

Speaking of lines, yes, I did have some: the Van Gogh Museum. By the time I went to the Van Gogh Museum, I was burned out of museums. So all I can say is honestly is you get a lot of context about Van Gogh’s incredible short burst of creativity, and you get to see in person some work you might have never seen on a mug or an umbrella. But if you don’t like crowds, this is a museum to skip. I spent only about 30 minutes there before freaking out and going for coffee and reading one of those books I brought along. 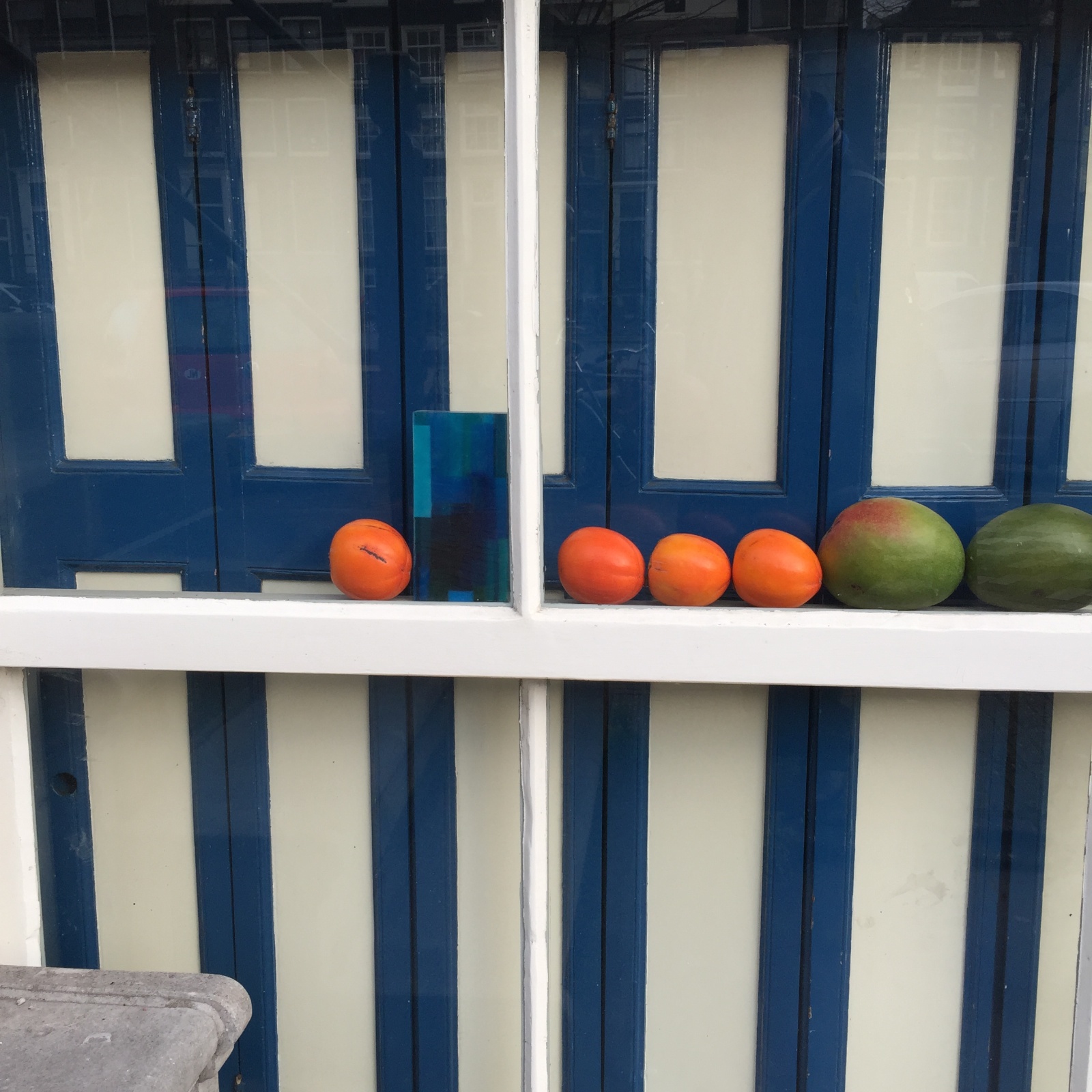 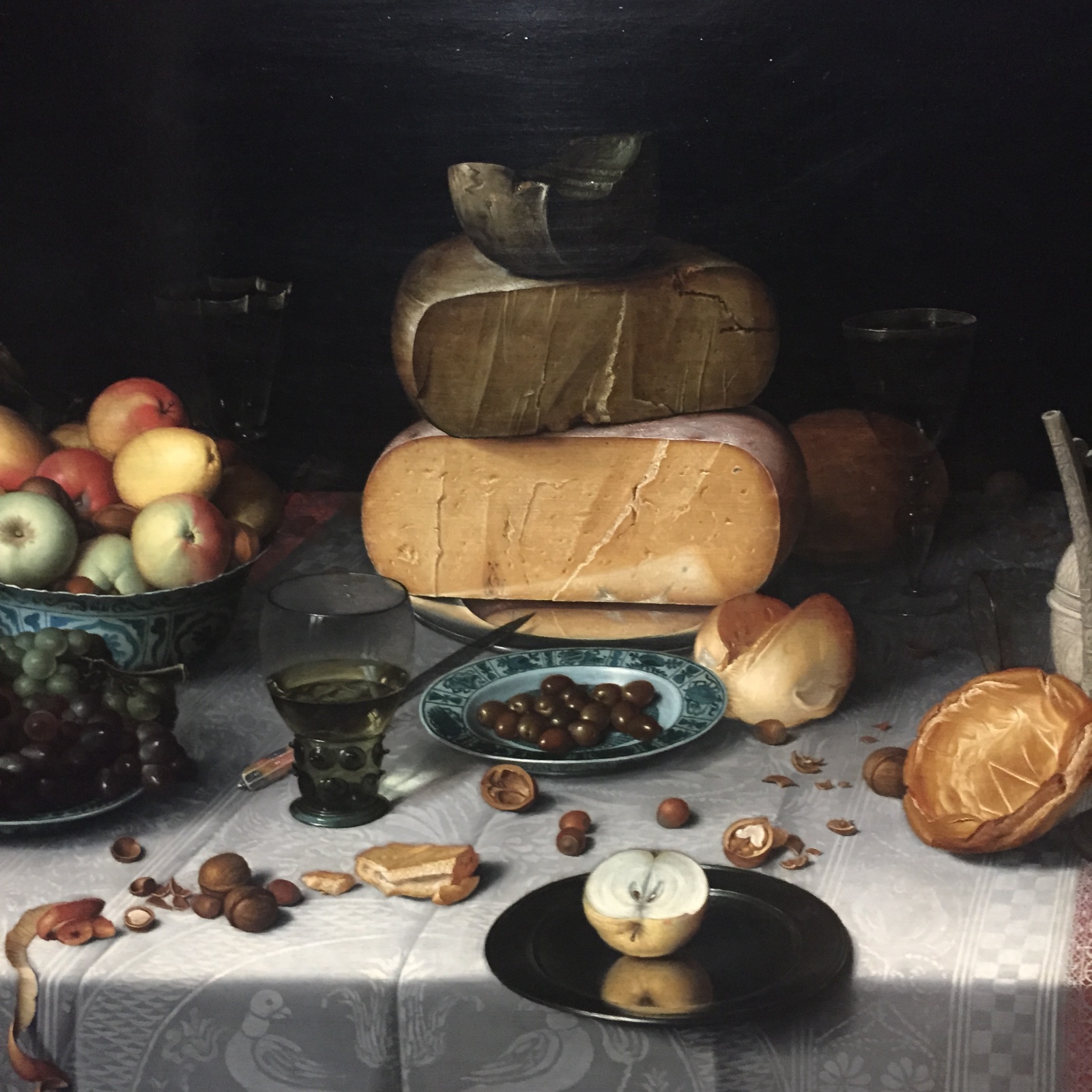 CHEESE! at the Rijksmuseum 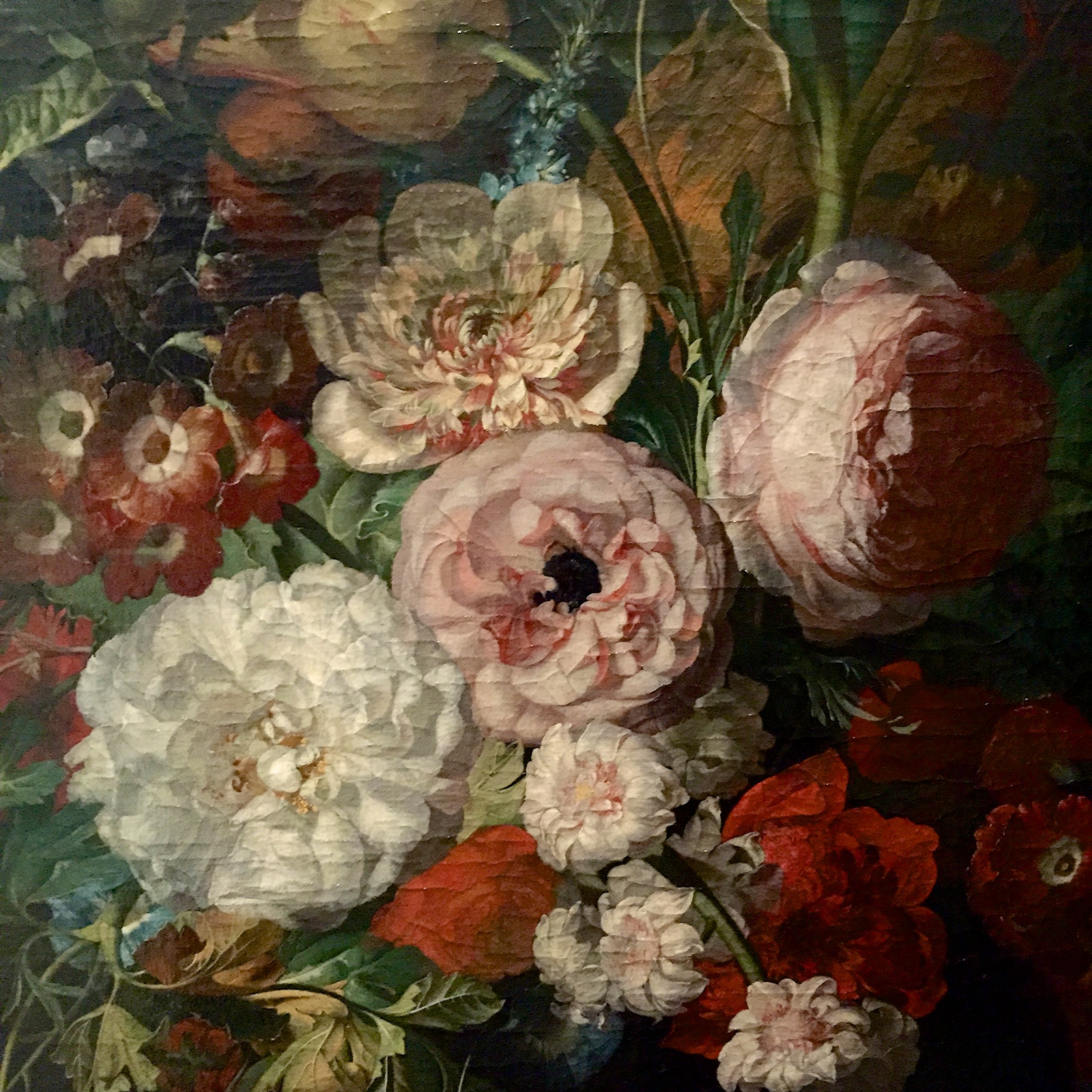 Dutch masters at the Rijksmuseum 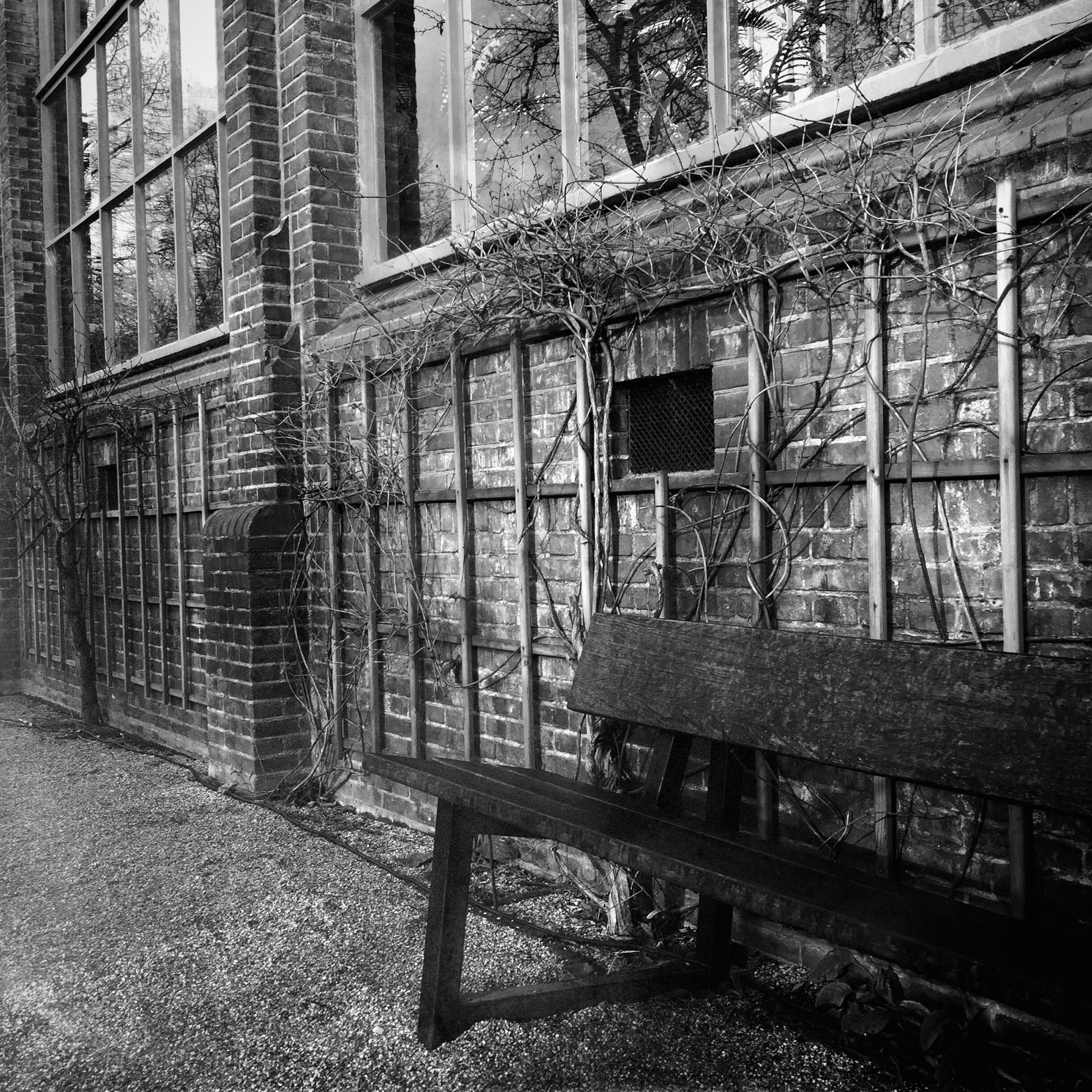 Winter in the Hortus Botanicus 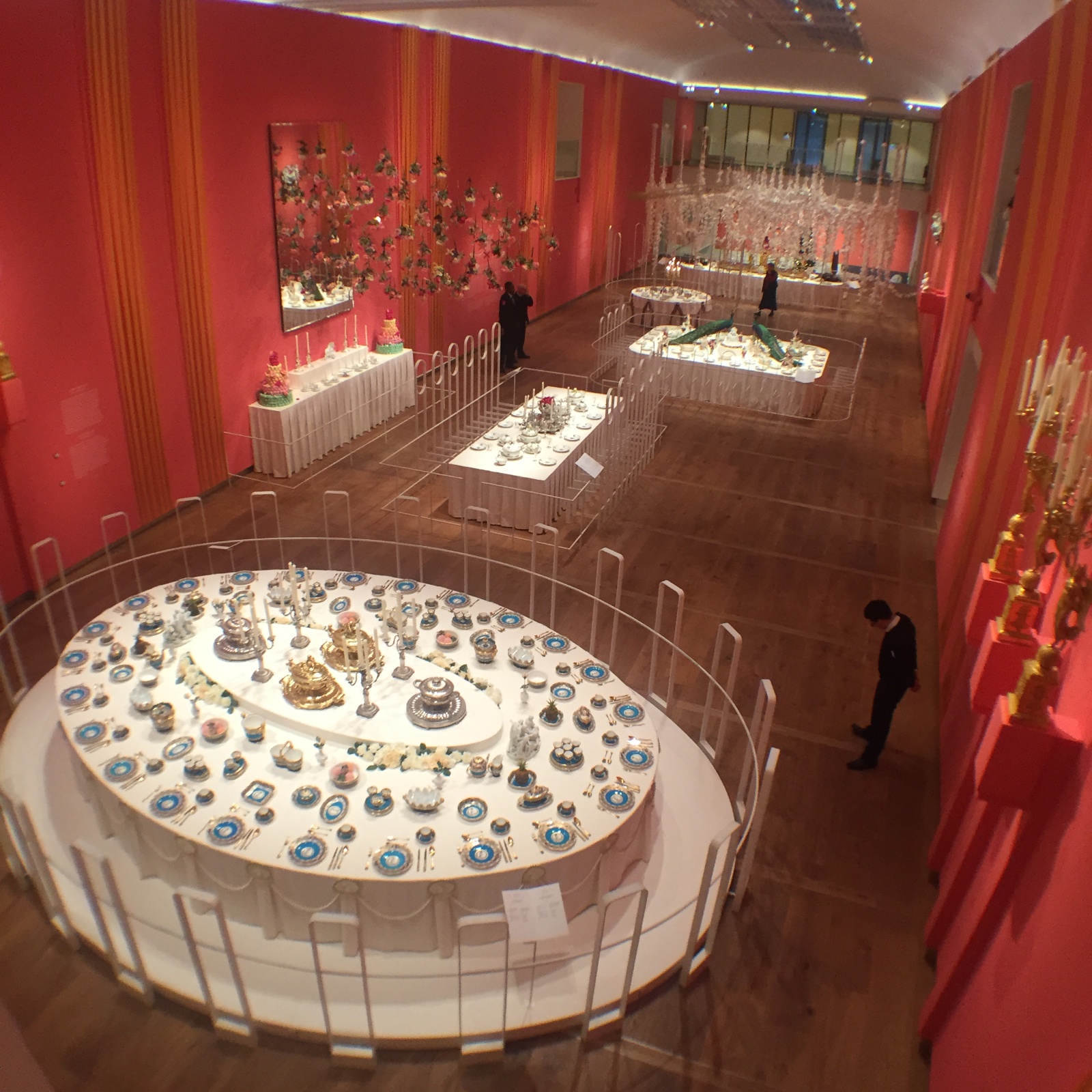 Dining with Tzars at the Hermitage Amsterdam. Excellently curated. 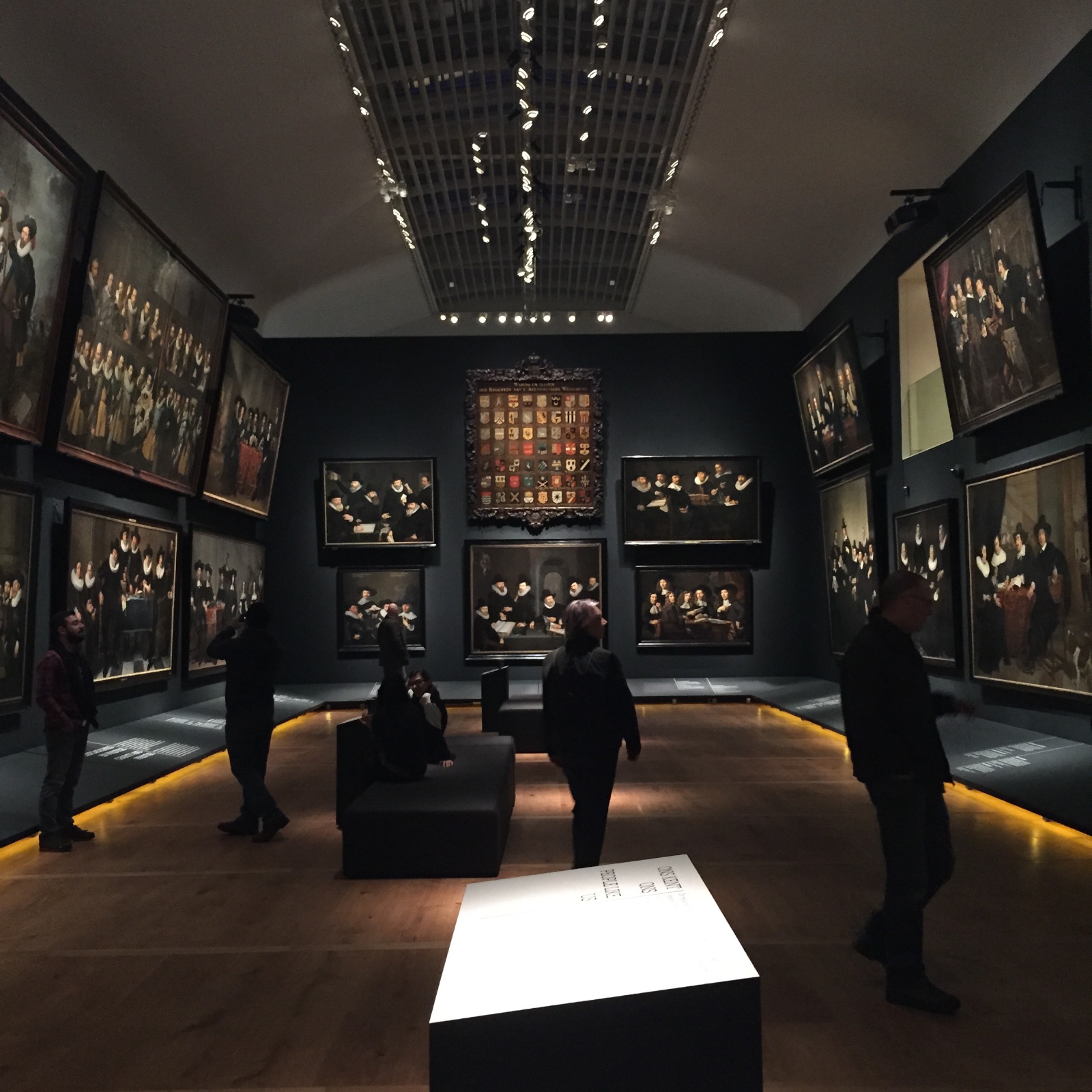 Another excellent show on Dutch Group portraits at the Hermitage. 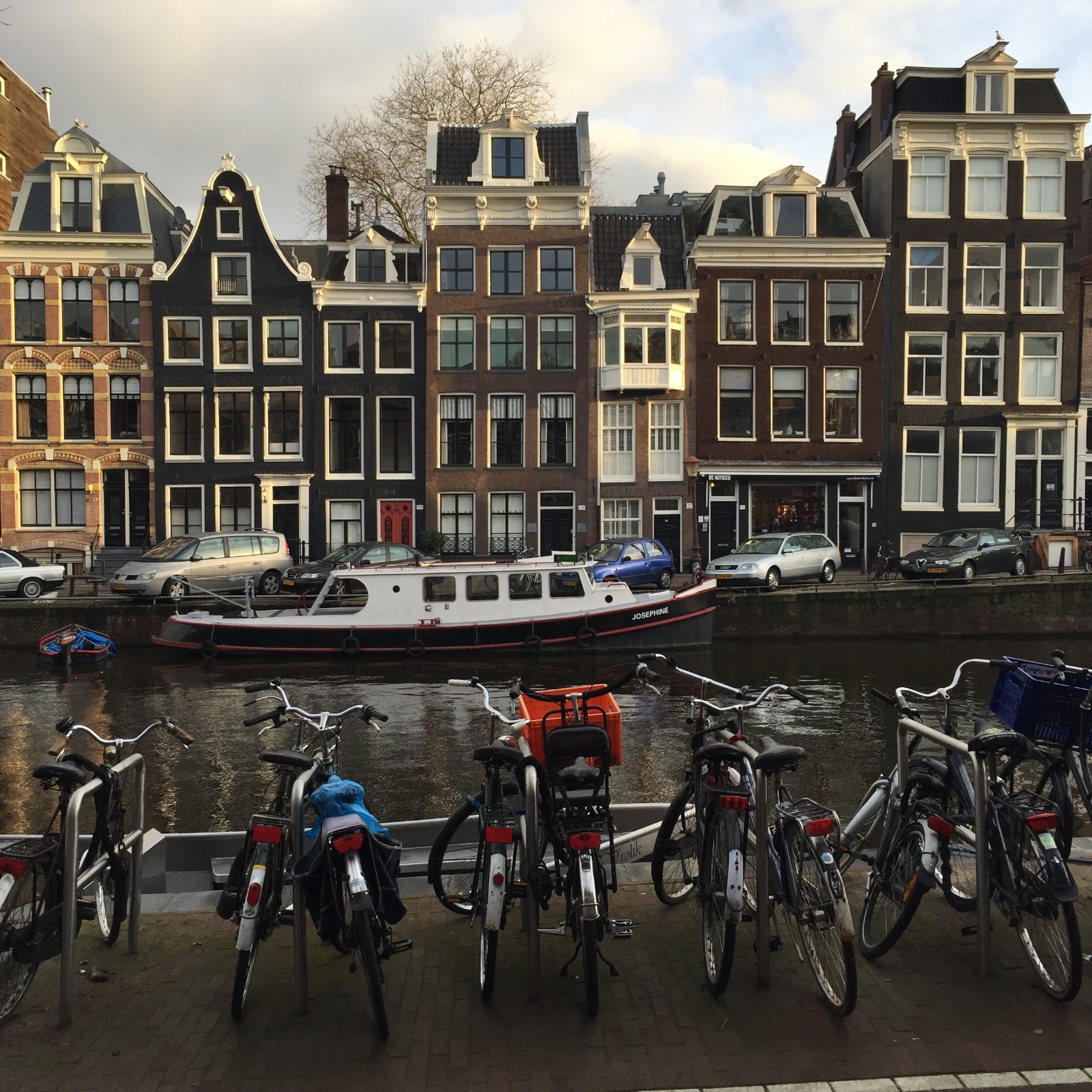 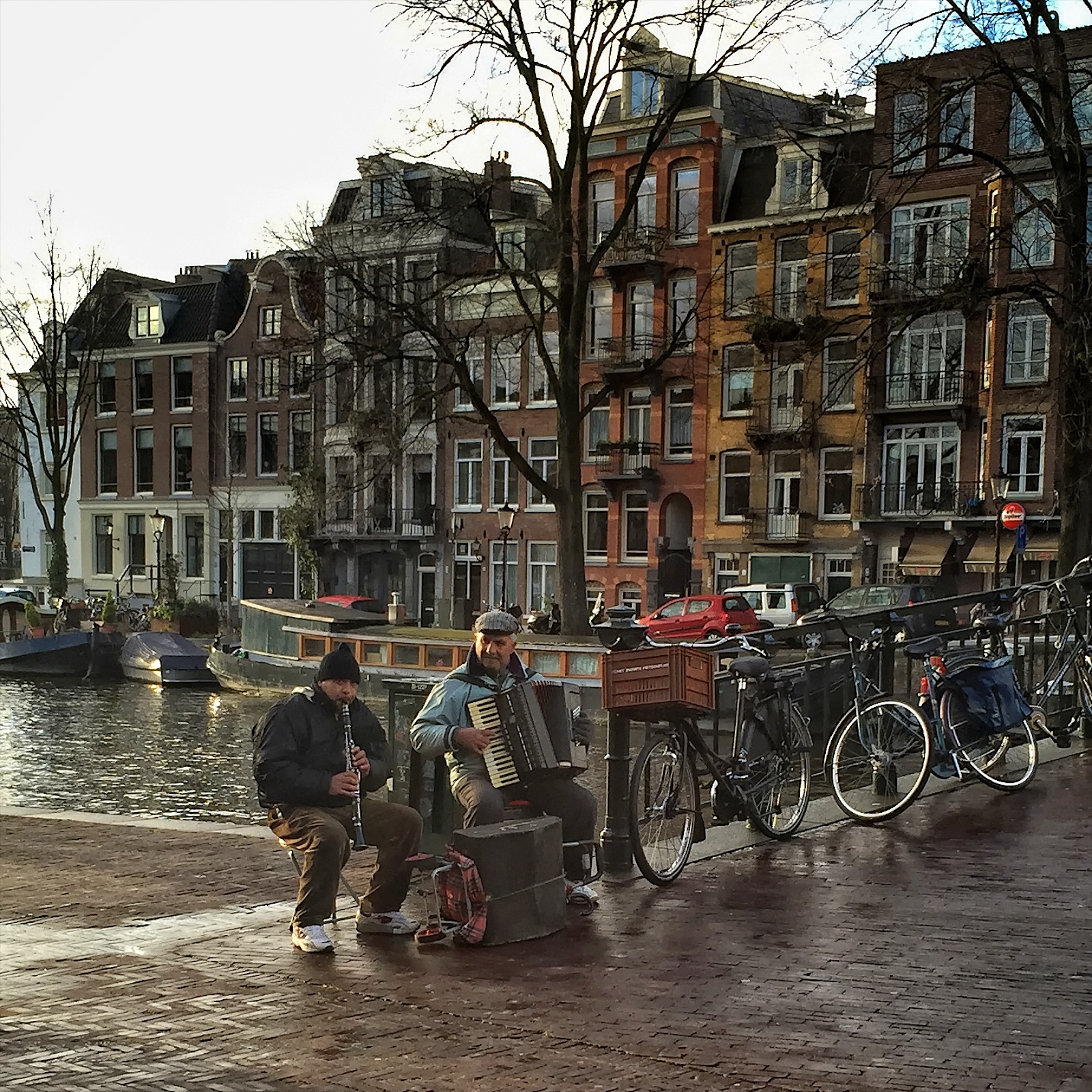 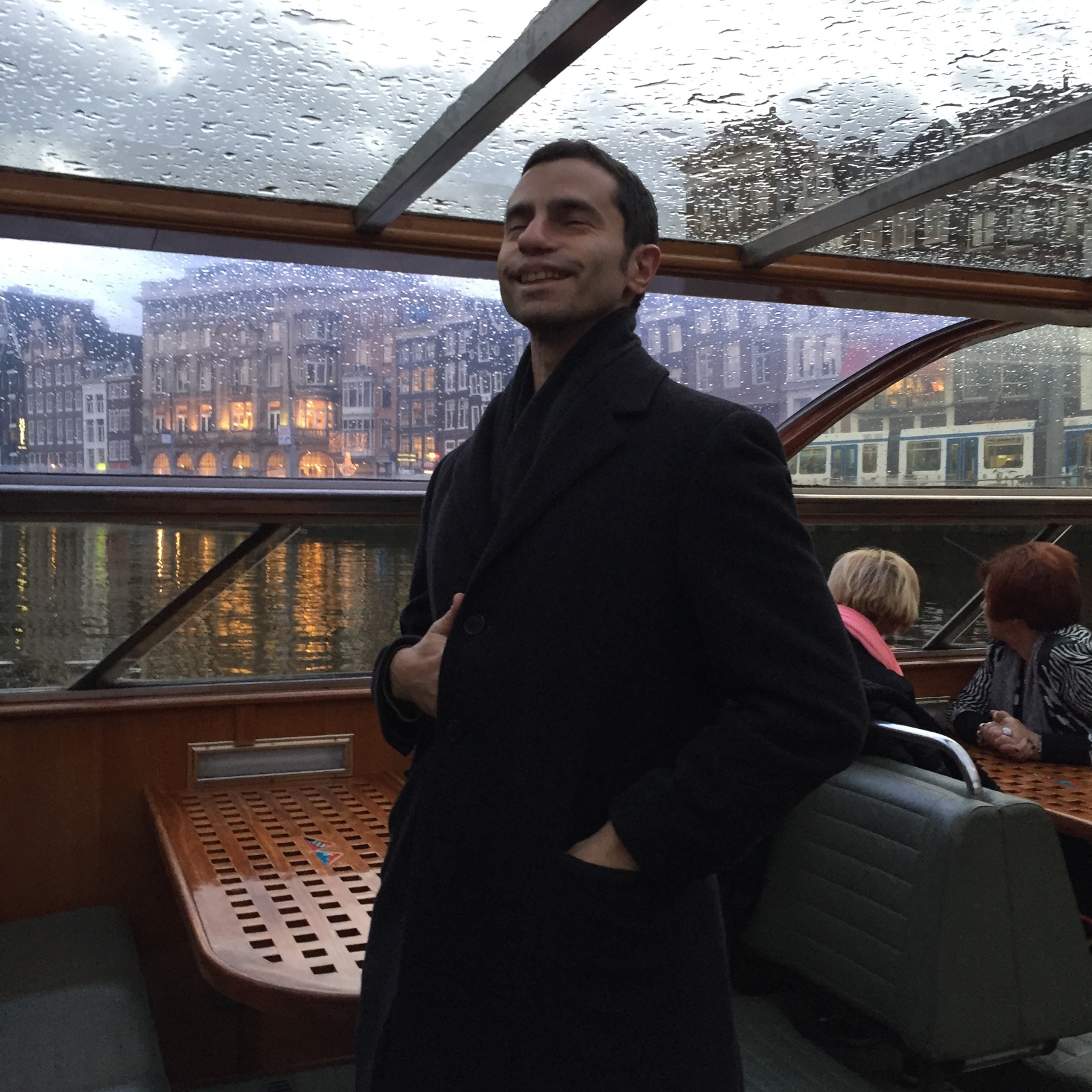 Victor goofing off on a canal boat 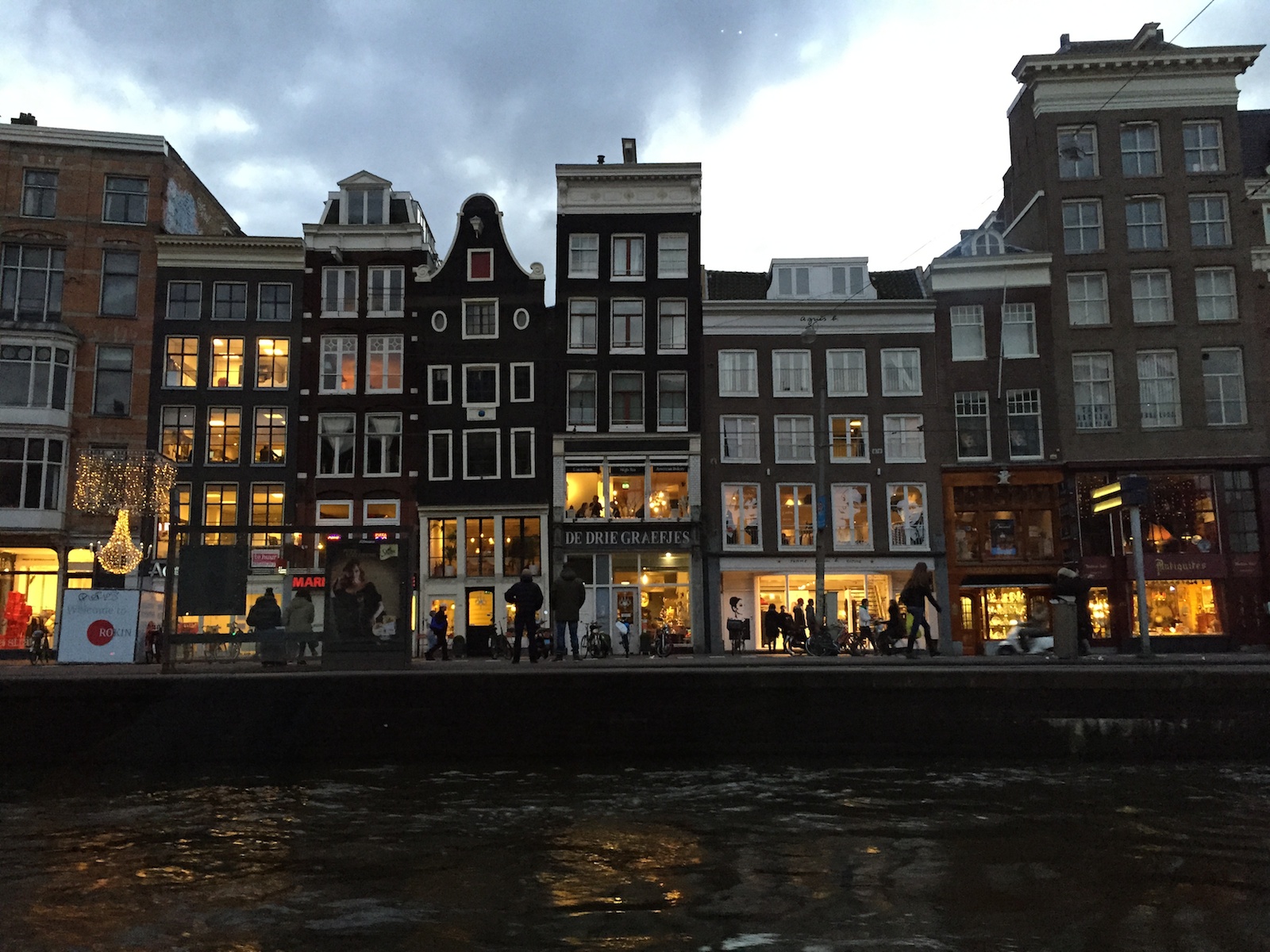 Canals from the tour boat. 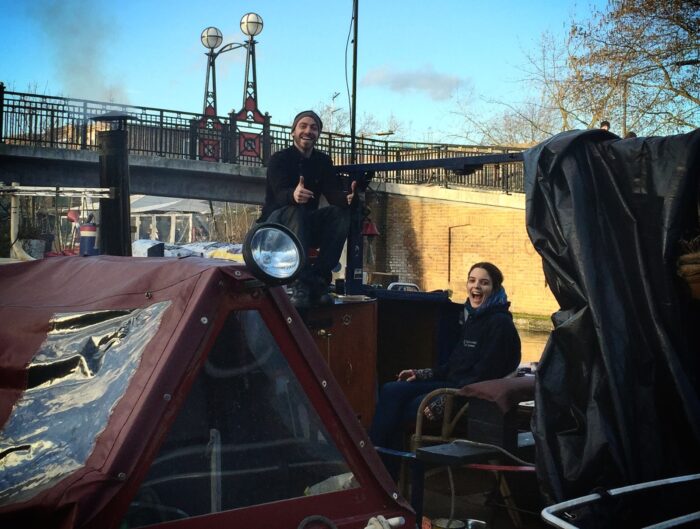