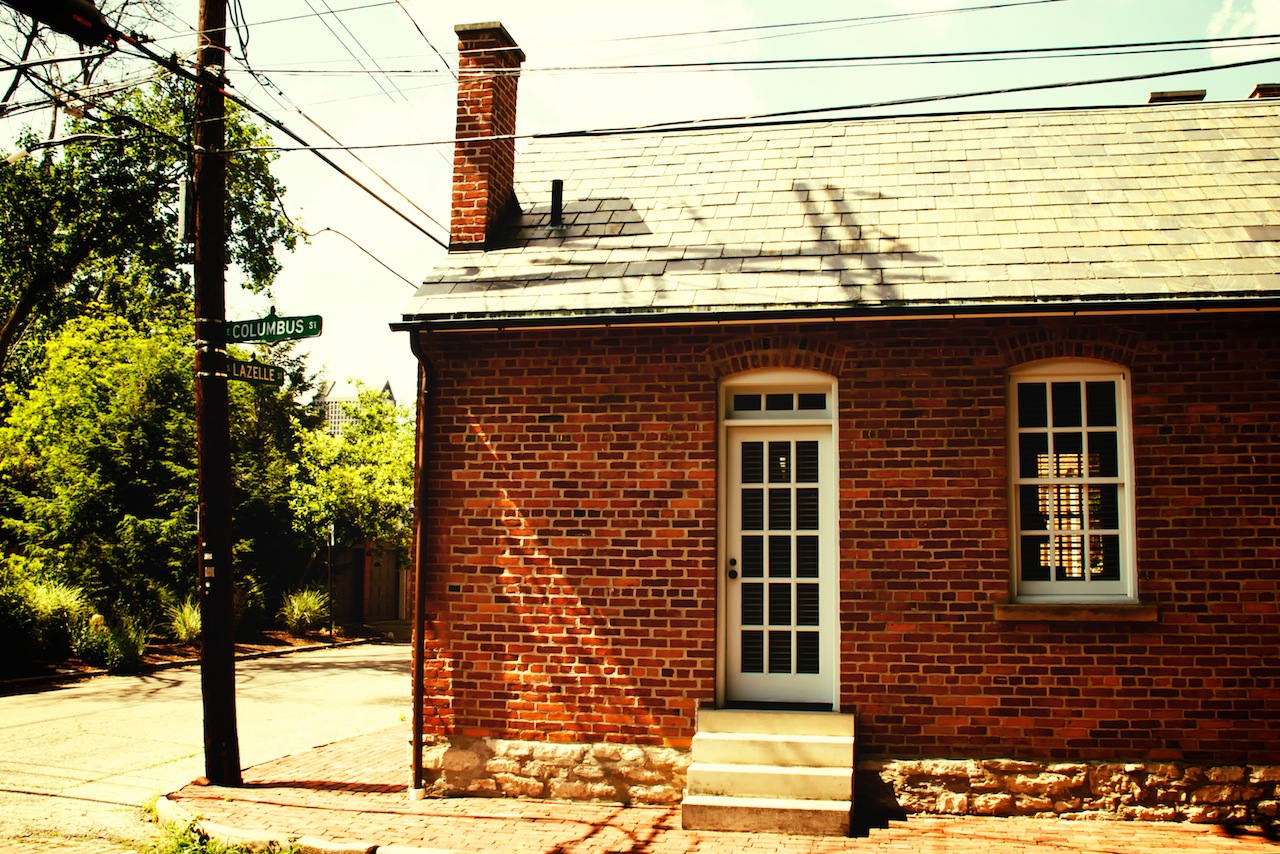 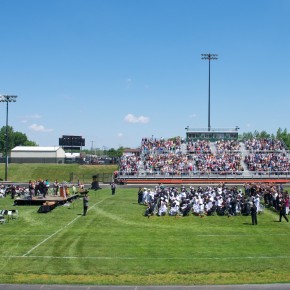 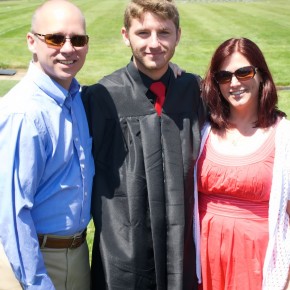 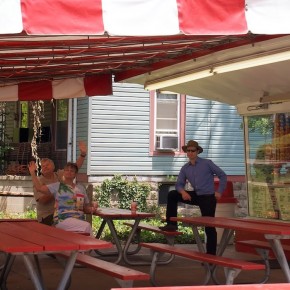 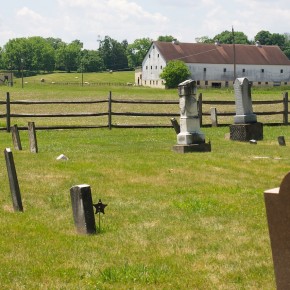 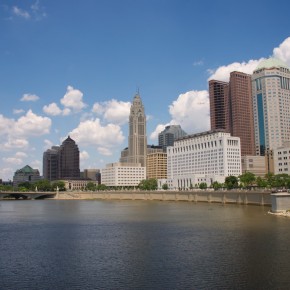 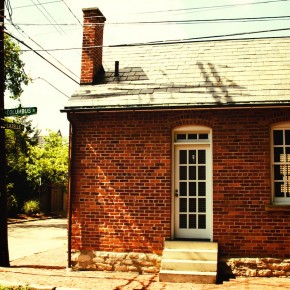 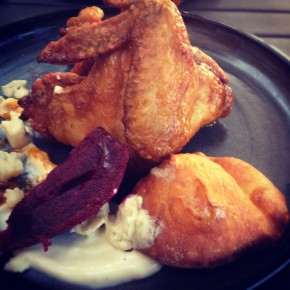 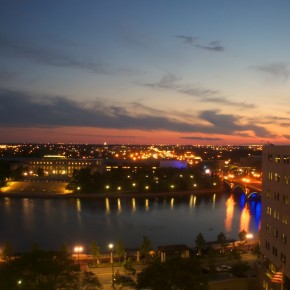 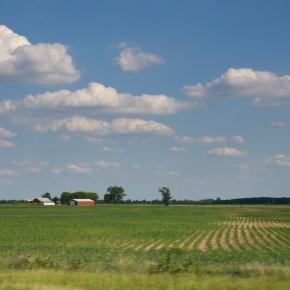 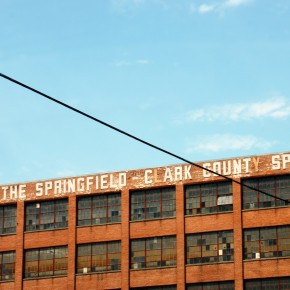 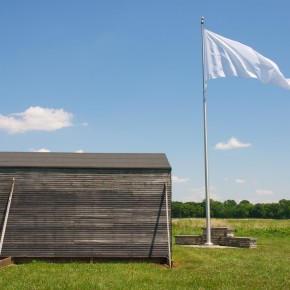 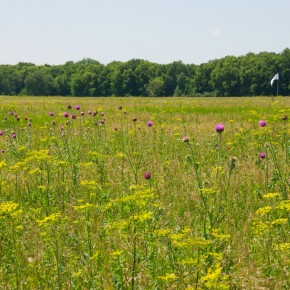 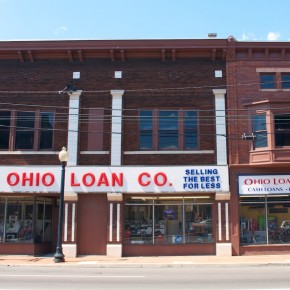 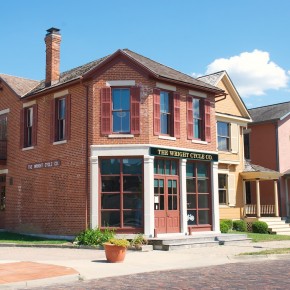 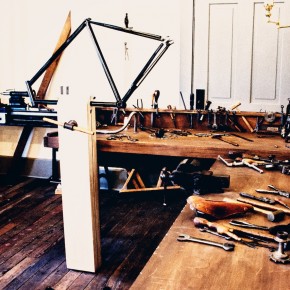 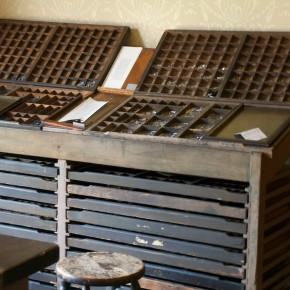 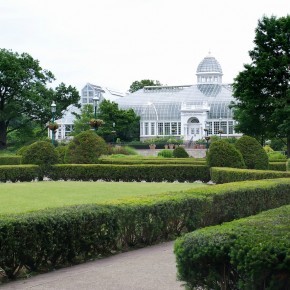 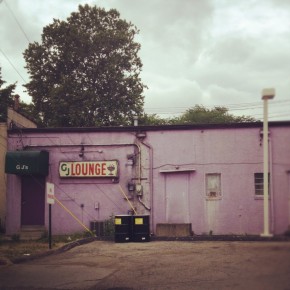 Oh let’s get real. We can be awful snobs living here in Seattle. What do I know about “Flyover Country”? Not much. It’s a land of gigantic people eating cheap feedlot beef, sausages, and packaged food, spending the money they make at Walmart at Target. It’s dreadfully flat, boring and there’s no real work. Everyone who can leaves. Those who can’t leave, want to. It’s about twenty years behind whatever is so awesome here. That’s a bit over-stating my preconceptions, but not much. There’s pretty much no reason I’d go visit there.

And then there was one. So we hoped on a plane and instead of passing it at 36,000 feet, actually landed to find it wasn’t so horrible and there’s plenty of things to delight in that you never see out here. We live in a huge country with lots of differences.

Our first stop was Delaware, Ohio, a small town that’s become a bedroom community of Columbus. We got there driving up Highway 23, a stop-and-go affair with strip malls and buildings made of tin interspersed with farm land for sale and ready to be paved over. Our hotel was in the parking lot of Walmart and half the storefronts in the adjoining strip mall were boarded over or empty. It seemed to be the case with everything we saw in Delaware, and grim reminder that as tough as the economy has been in Seattle, we’re still world’s away from what’s been happening in other sections of the country.

We were there for the Delaware High School graduation and the completion of my nephew’s compulsory education. I can’t recall what was said at my high-school graduation and I doubt any of the excited/bored kids sitting out there on the football field will recall much twenty years hence, but Victor and I were struck by how practical the speeches were: get along with your bosses, don’t have kids too young, you will miss us when you are gone from here.

After fulfilling the obligations and delights of family, we headed back to Columbus for “vacation”. This means a bit of exploring to me and relaxing and being based out Columbus proper instead of Delaware seemed the best way to do this. We kicked of our stay in the city with a stroll through the Arts Festival along the river trails and then walked over to look at the homes in German Village, an old working class part of town that is now on the historic register and is being preserved. I loved peaking into all the narrow garden spaces.

Perhaps it doesn’t speak well of us that after all of 18 hours there, of which half was spent sleeping, that we decided that the most interesting use of our Monday would be to leave the city and drive to Dayton, Ohio to see the Wright Brother’s Bicycling shop. But I really wanted to show Victor some of the farm landscape I was captivated by on my last visit to Ohio ten years ago, maybe have more ice cream in some small town, and see something truly unique as opposed to hunting for trendy stores or cafes.

I only wish we had more time to explore the Dayton Aviation Heritage site. With our late start and slow meandering ways on the backroads, we didn’t get to Dayton until past noon, leaving us not nearly enough time. The signs from Columbus point visitors to the National Park’s Interpretive Center at Wright Hill. The focus of the center is what happened to the Wright Brothers post-Kitty Hawk. It is located near Huffman Prairie, where the brothers actually launched the first manuervable airplane in 1905 and what become the first airport. It sits on the edge of the gigantic Wright-Patterson airfield so it was quite a vivid contrast to be standing near a recreation of the hanger in a small field that the brother flew ten, then twenty, then thirty minute circles around while gigantic cargo planes thundered off, perhaps to Iraq or Afghanistan.

Of course, as a bicyclist, I was most intrigued to see the Wright Bicycle Shop! There’s a small recreation of their shop in the actual building, which sits next to another large interpretive center in West Dayton. What was instantly apparent is that that entire district must have been the work of pork-belling Senators to try to revitalize what must have been a very blighted area. I don’t mean this negatively: there’s a place for pork-barrel politics, this is fascinating unique National history, and urban renewal costs money. But it did feel like an island of Disney, with homes made to look old that weren’t, store fronts still waiting to be filled, and abandoned buildings and empty lots all around the redevelopment that the NPS clearly played a role in.

We live in the inner-city and despite the changing demographics, still very much the heart of Seattle’s African-American neighborhood. I often bemoan the lack of services, restaurants, and sense of security that comes with living in trendier neighborhoods in the city, but after visiting Dayton certainly got a rude reminder of what living in city on the edge might actually feel like. If I feel hopeless with twenty percent vacancy in our store fronts around here, the limited availability of organic groceries with walking distance and only a handful of restaurants around me which includes Subway and Panda Express, I can not imagine how despondent I would feel living in Dayton. To have a Subway in West Dayton! Magic! The only food we found there was a candy bar in an old school pharmacy and a cooler full of coke. The scale of empty buildings, empty blocks, empty warehouses is staggering…where do you get the money to fill them up again or even just tear them down? Even if you have a good job in Dayton and a nice house (and we drove through a very small nice set of homes in the Oregon district), I don’t see how being surrounded by so much blight and reminder of past prosperity and current poverty wouldn’t tear at your soul. The work we have to do to rebuild America is vast.

Leaving Dayton inspired by the story of the Wrights but depressed by the state of the country, we took the quick road back to Columbus. There we drove to a couple other neighborhoods and through the University District. Columbus, despite being officially Ohio’s largest city, feels quite small and manageable. There were signs that they’re improving the bicycling infrastructure and everywhere we went we did see a cyclist or two. If we ever return, I’d want to rent a bicycle to explore the river paths and go for coffee somewhere. It certainly seems like a city where you could live with just a bicycle and a brave heart.

I am not sure what we truly missed in Columbus. Maybe a trip the zoo, which is highly regarded or a peak at the couple art museums in town would have been nice. It would have been sweet to really walk around Victorian Village to take pictures of doors and porches for ideas for our home. I’d have liked to drive out to the east to look at the Great Circle Mound and I always love water parks for giggles. I also wish I was better at taking pictures of urban environments instead of just snapshots.

Here’s a few things we liked in Columbus and a few we didn’t. 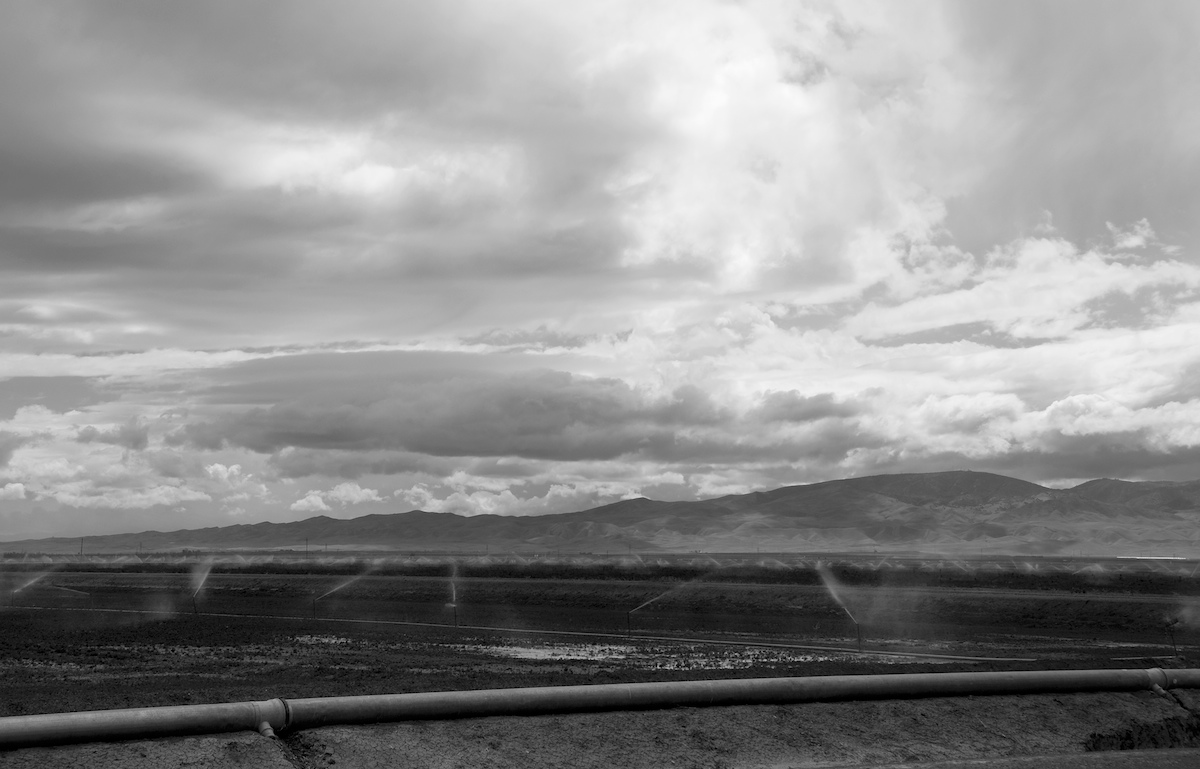