First Weekend with a Westy 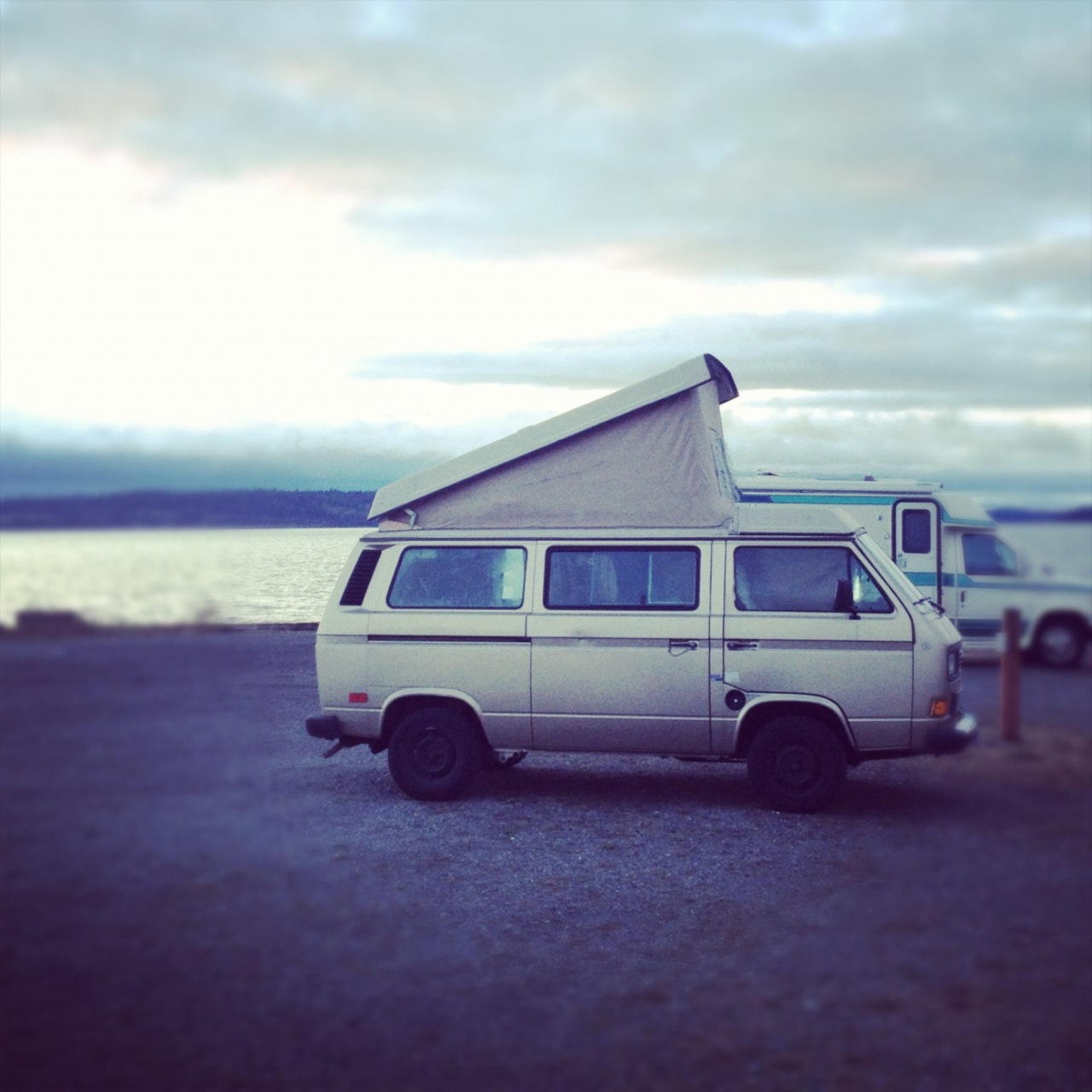 I am ready for a camper van.

However, camper vans are expensive and old, so we were lucky to have neighbors lend us theirs to see what it might be like to have our own. It didn’t have much power, could use some new shocks, the lights were incredibly dim, so driving through a vicious dark squall on the dark country roads to Port Townsend was more like being in a boat than a car. I was nervous. The rain pouring down faster than our wimpy blades could get the windows clear; I pulled off the road and took a few deep breaths, and continued on. It was strange to sit up so high surrounded by windows and not much else.

When we go to Port Townsend, we drove to the marina on the tip of downtown. The RV camp host came out and directed us to a spot between several fifth-wheelers and motorhomes. He talked about the hookups, which we didn’t need as the model we borrowed was a lower-fi “Weekender” (a fold-out bed, the pop-top bed, and table is it in these). He seemed stunned we were planning on sitting there without heat. Truth be told, if we get one of these, it has to have a heater. The whole point is to make our long cool rainy season a bit easier for getting out and camping, and that must include being warm.

The oddest about “camping” with one of these was that we were instantly doing it. No trying to figure out where to put the tent. No hauling out all the gear, blowing up the pads, setting up the stove. Within five minutes of arriving, we were sitting there in our sweaters trying to decide if we’d read a bit with dinner or play cards. Leaving camp was the same way. If I had known how fast we’d be gone, I’d have turned on the car to warm up and defrost the windows. It took no time at all.

I’d tell you more about Port Townsend, a small city at the tip of the Olympic Peninsula known for its Victorian architecture, art community, and beauty, but we spent very little time there. We spent most of our daylight hours at our first meditation retreat. We enjoyed the oysters and fiddling downstairs at Undertown and breakfast the following morning just steps from our parked car/camp at Hudson Point Cafe.

My parents are full-timers, meaning they live all year-round in an RV and have been doing that for almost ten years. When we go to visit them, we’ve stayed in nearby cabins or hotels. So it was with Ultra-DEE-Lite that this trip featured them staying in a hotel, joining us for dinner, and then taking my old man for a ride in our “rig” and inviting them to play cards at our fold-out table. They declined, but recall there was no heat!

I am not sure if a camper van is really going to be our future vehicle. We really need something that handles well in the mountains for ski season. If you’ve got experience with them, I’d love to hear it. 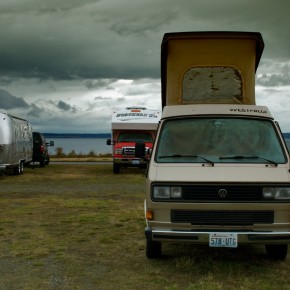 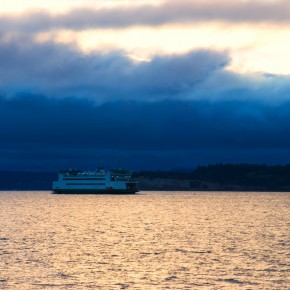 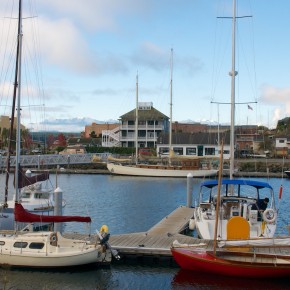 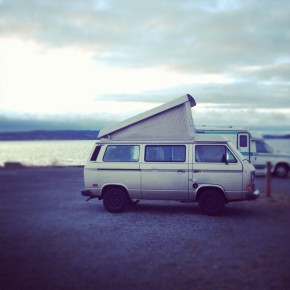 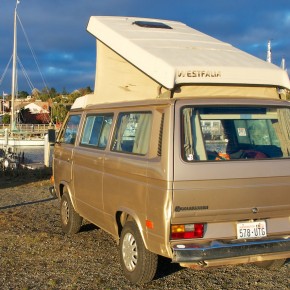