We do not have a car.

We do, however, have an old house that requires work and a very busy urban farm. About once a week, I’ve got a need to haul something that is too heavy, too far, too awkward to take on the bus or fit in my panniers.

Sometime in 2010, I was walking by 20/20 Bicycles over on Union Street and saw this smart-looking trailer. I made a mental note and may have even shown Victor on some other stroll, but it cost over $500 and I wasn’t sure how committed we were going to be to this “car-free” life. It seemed handy, but perhaps excessive. Last August, after getting another $120 Zip Car bill, I thought back to this trailer. As most of my errands are actually close, could we use this trailer to get what I need and could I get it (and the stuff on it) up the hills of Seattle?

So I went back to 20/20 to look at it again but, alas, it was gone! Thankfully, it just turns out the maker had a fellow by the name of David Shapiro working on making sales. David is a big believer in the power of bicycle transportation and bought several trailers to start getting them out and about in town. When I asked about renting one for a month, because I certainly was apprehensive about dropping a big pile of bank on it if I couldn’t get it up MLK with a few bags of compost, he gladly just let me use it.

“I guarantee once you use it, you’ll find other things to do with it and you won’t want to give it back.”

That turned out to be true. Now we have a fine trailer.

The trailer is a straight-forward affair. It weighs about fifty pounds and is welded out of tubular steel. It mounts to hitch assembly that I just leave on my bike. It clamps to both my seat and chain stays. The hitch is a pin and ball, so it literally is a snap to get it hooked up and ready to roll. It handles well and my biggest concern is actually forgetting it’s attached and scrapping too close to a car or pulling out into the street and forgetting I’ve got another six feet of steel behind me.

As you can see in the photo gallery, we’ve put it to good use. As you might imagine, there are plenty of gawkers when this big fatso zooms by with this jaunty setup loaded down with all kinds of objects! 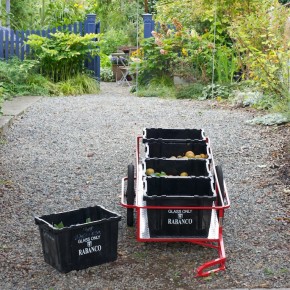 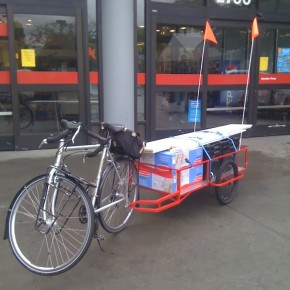 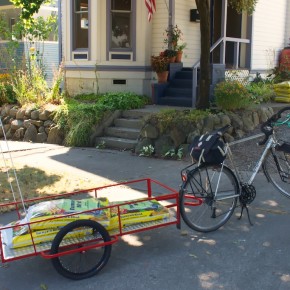 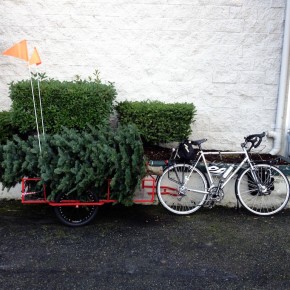 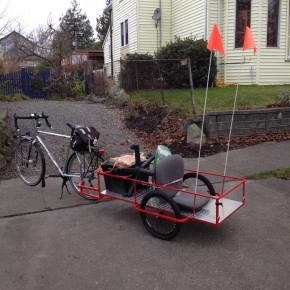 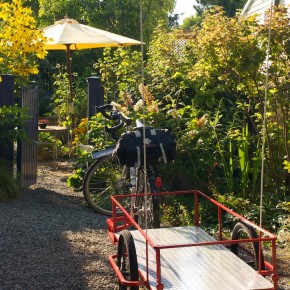 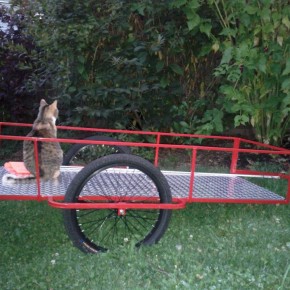 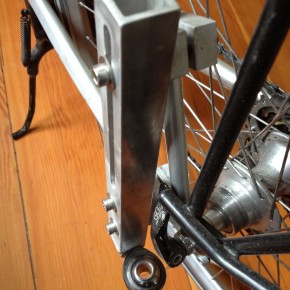 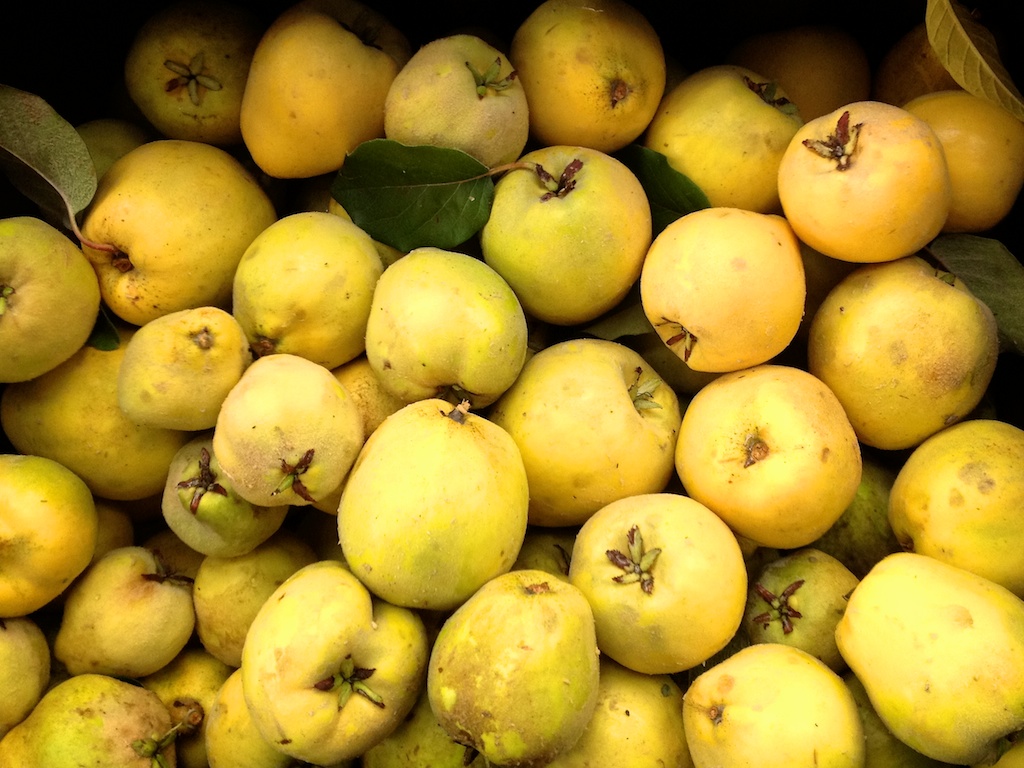 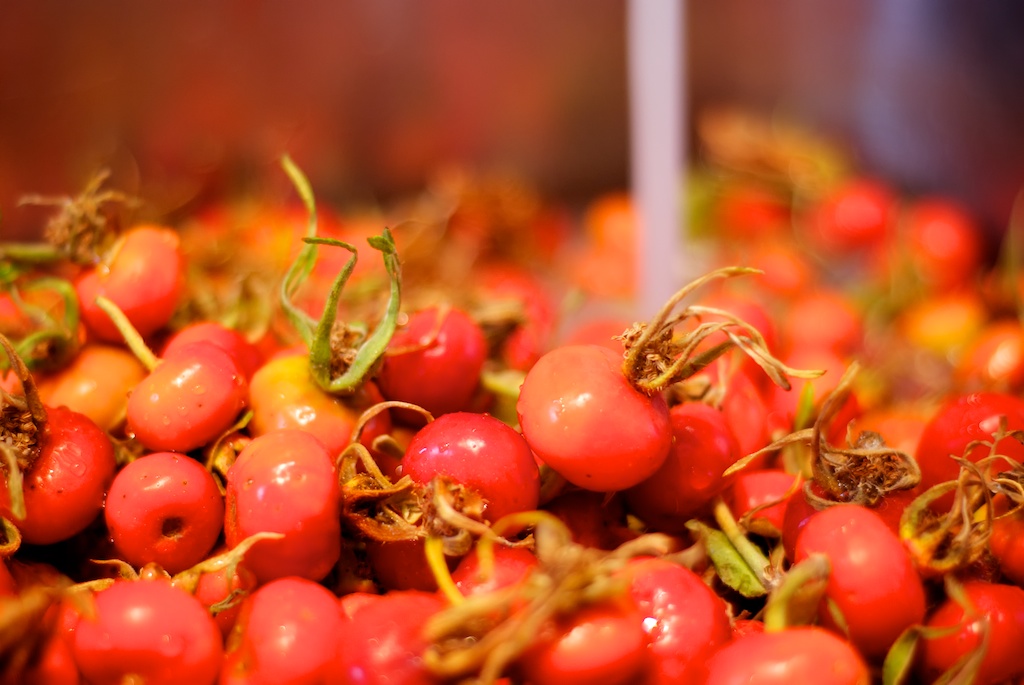