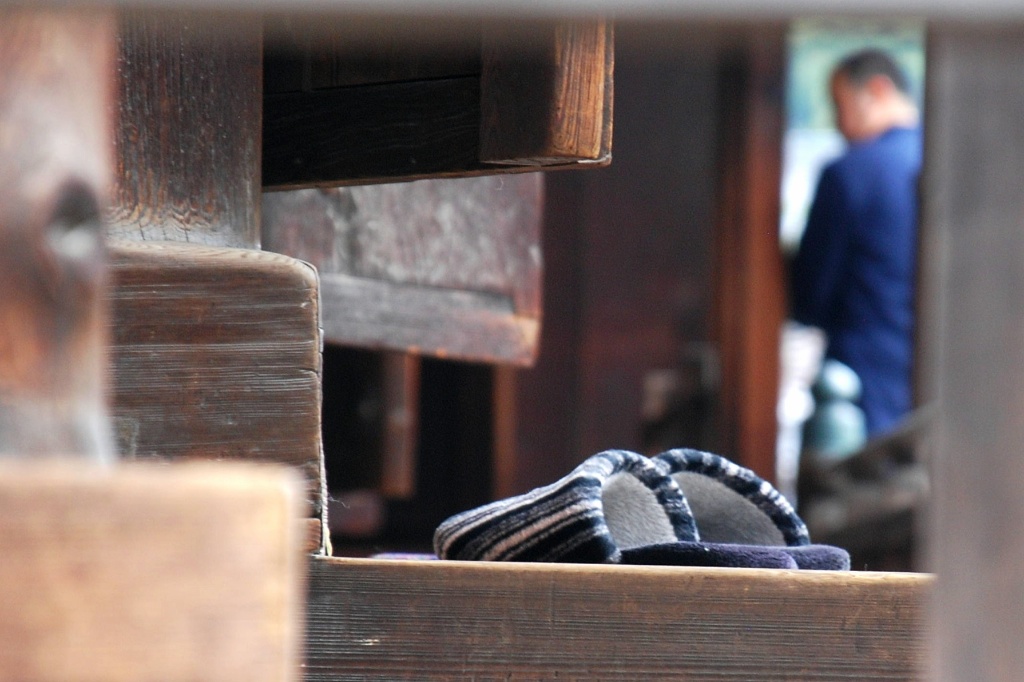 After you’ve spent a few days in Kyoto, you’ll be burnt out and bored with temples and shrines. Seriously, a half day in Nara and you’ll be fine.

Or so goes the common recommendation we’d heard from our pals and read in a couple guide books.

Nara was going to be the first night out on our bike tour, so I booked a one night splurge at the turn-of-the-century Nara Hotel on the edge of the major sites in Nara Park and assumed we’d be spending most of the night content playing Go in one of the lobbies underwhelmed by the side-trip to Nara and more than ready to roll out in the morning for the climbs to Koyasan.

Of course, we then changed our plans.

With so much to see in Kyoto and enjoying the VRBO home we were in, we decided that we’d bike north instead of south. So our trip to Nara became a train ride, which perhaps was more fitting considering that the Nara Hotel could have easily stood in for any of our grand National Park lodges if the Japanophile touches were replaced with a Western theme. It was easy to picture Victorian foreign tourists from Yokahama arriving in rickshaws.

Nara‘s importance and uniqueness is as the Imperial seat where Japan truly began to synthesize the more advanced cultures and art of China, Korea and even cultures further along the Silk Route into what would become uniquely Japanese. That so much survives from the 8th Century is rather amazing, but also points to how quickly Nara became a backwater to a flourishing, yet strife-riven Kyoto. With several UNESCO World Heritage sites, including the largest wooden building in the world as well as the oldest, if you asked Victor, he’s probably say the best part of Nara are the sacred deer. With the right shika sembei (deer biscuit) the deer will do a little bow of gratitude.

Of the many things to see in Nara, the one not to miss is the Kofuku-ji Kokuhokan (or the Treasure Hall of Kofuku-ji) which is easy to find as it’s right next to the large pagoda. It contains many 8th and 9th century sculptures, including the very famous (and Indian) sculpture of Ashura, as well as some life-like monks in contemplation. We did not go to many museums, and I know almost nothing about Buddhist art, but these were the most compelling sculptures we saw on the trip.

If you head south down the steep steps from the nearby Nanendo (or Southern Octagonal Hall) and away from the pesky deer, you’ll land on the busy tourist street of Sanjo Dori. Directly across from the Three-Story Pagoda you should be able to find a busy Japanese pizza joint, that is a a place that serves Okonomiyaki. It has plenty of low tables and a bar in the back where you can watch the chefs mix these large pancakes which are then finished on your own tabletop grill.

With hindsight being what it is, it’s hard to fathom rushing around Nara in half a day. It took us almost two exhausting days to see what little we did (including the train ride to Horyuji). For those Americans on a typical ten day vacation, I’d almost recommend spending three days in the smaller, manageable Nara and then dashing to Kyoto to check one or two temples of your must see list, if that’s something you have. I certainly found Nara compelling in its own right and not just a mini-Kyoto or some set of random crowded, baffling temples.

Vic would tell you, “There’s always another sacred deer to feed!” 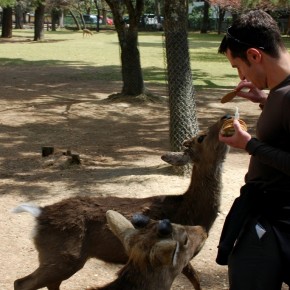 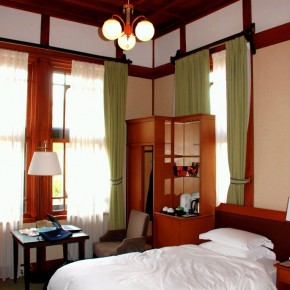 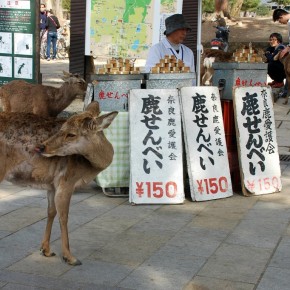 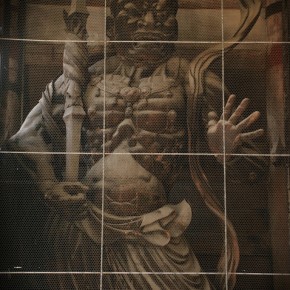 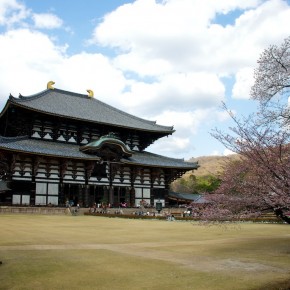 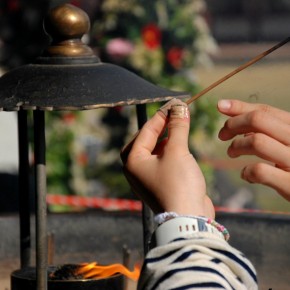 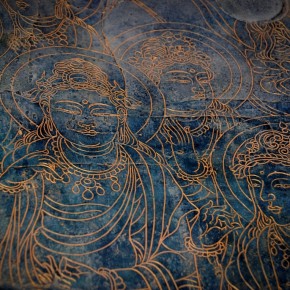 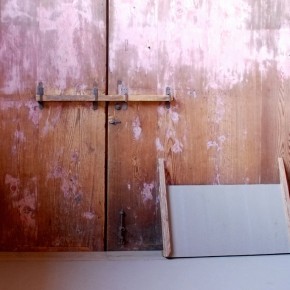 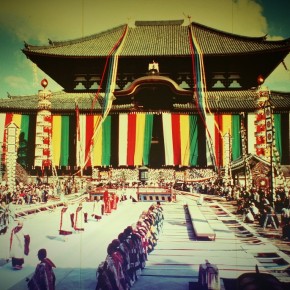 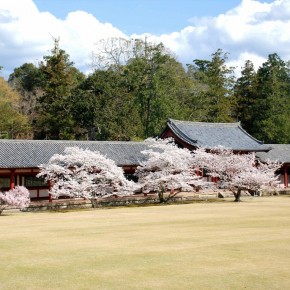 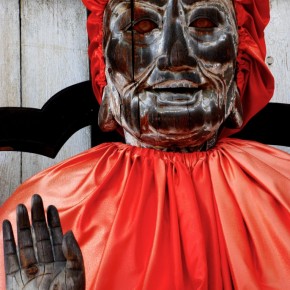 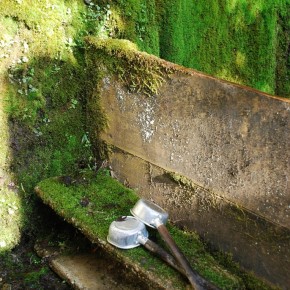 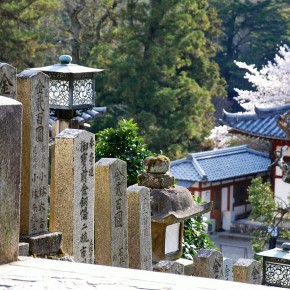 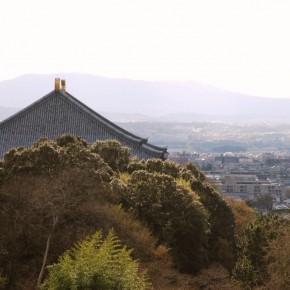 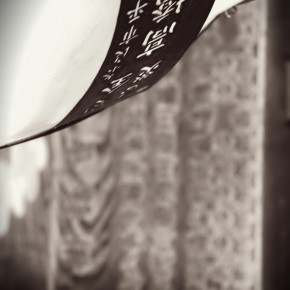 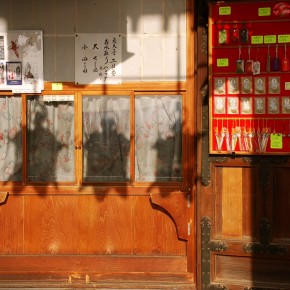 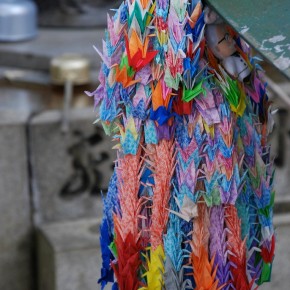 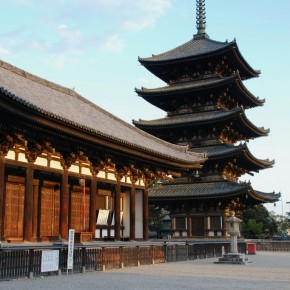 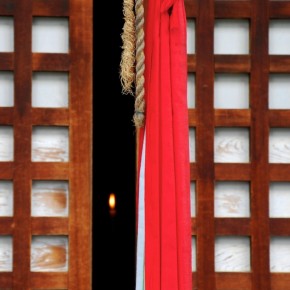 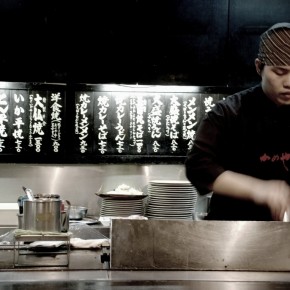 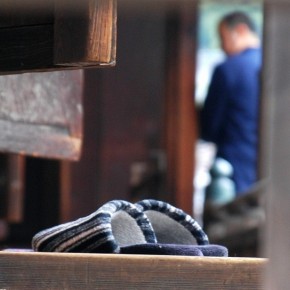 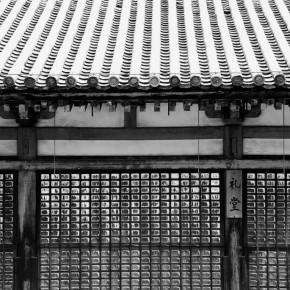 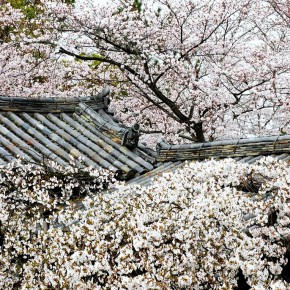 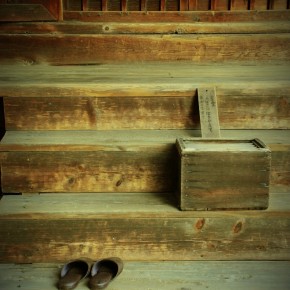 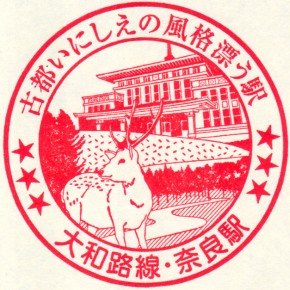 Yep, me too. Vic was crazy for the deer. If he could have figured out a way to spirit one of those sacred deer out with us, I am sure he would have. I am surprised he hasn’t found one to live in our backyard yet!

Definitely one of the highlights of the trip!