The New Face of Urban Gardening: US 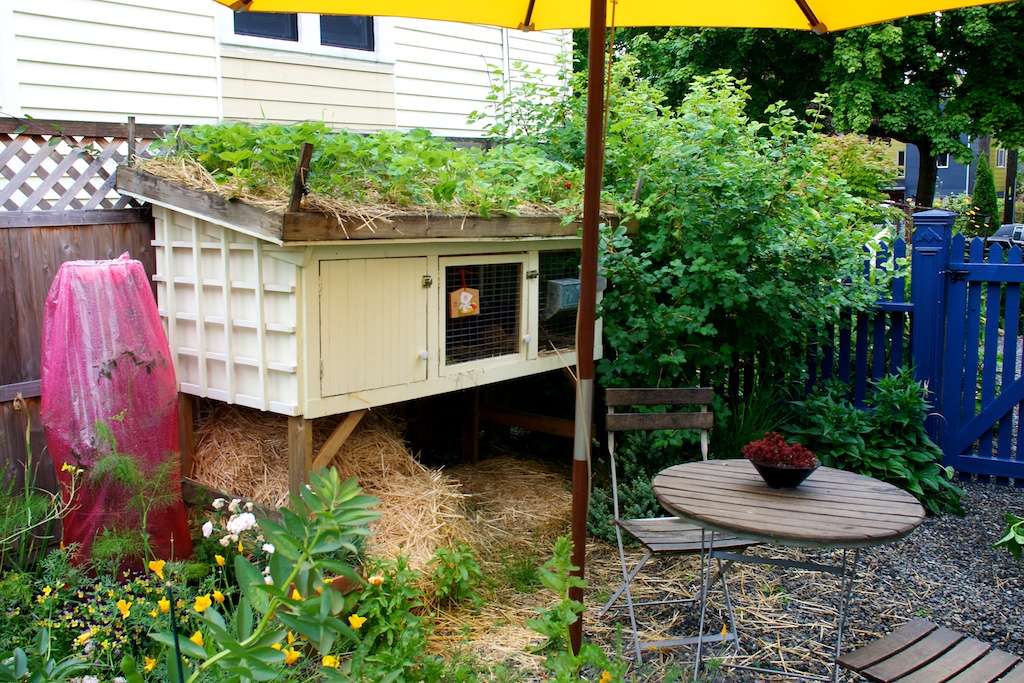 We’re pleased as punch to have a our rabbit hutch featured in the May issue of Tennessee Gardener. The article by Cindy Sherman can also be found online on the pubisher’s site, State by State Gardening.

My previous post on our rabbit hutch is one of the most popular posts on this blog and we get a lot of interest in it, no doubt for its green roof where we grow many of our strawberries. It’s a good idea that mostly works as intended, and I can’t deny it’s also just darn cute.

Since that post is a couple years old, I thought I’d share a photo for how it’s blending in as the garden continue to grow. Notably, we now use straw for the strawberries instead of the red plastic that was supposed to help ripen them and we hoped, conserve water. We think the straw does a better job overall and certainly looks better. Being slug free in the Pacific Northwest is one of the prime benefits of this set up, but we did not anticipate how the squirrels would use the fence as a highway and how the bird netting doesn’t really stop them from snatching our berries. So there’s still some problems to figure out to really have the crop of berries we want!

As far as the rabbit, I do wish there was a more obvious way to collect the droppings since that the primary job of our rabbit. All of our rabbits (we’ve been fostering lately) have used what I would have assumed would be a nice private area (and it has a plywood floor) as their litter box, so that’s certainly not ideal.

One of these days, I’m going to try to get some actual plans put together since people keep asking for them, but until then, I just have to say: we hope that the picture is inspiring enough and gets folks on the way to thinking about how to get double use out of their city garden spaces.