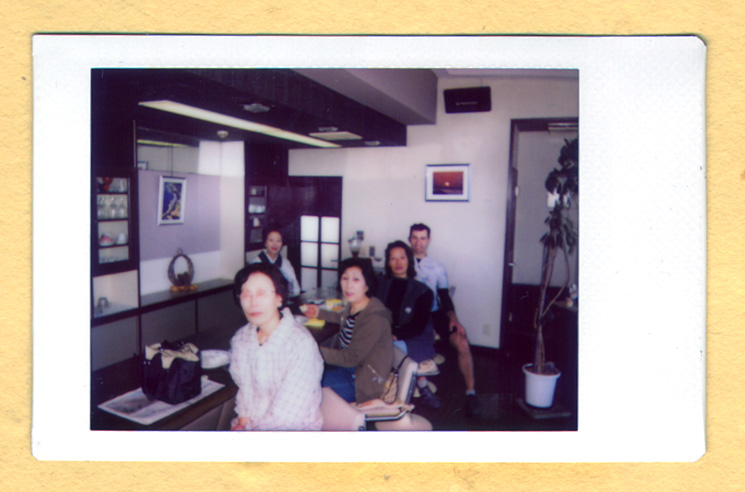 “Their lights are on” Victor whispered to me. “Should we tell them?”
A group of three ladies had just gotten settled in at the counter. One lit a cigarette and they obviously knew the owner.
“You tell them.” I said being a bit ashamed of my lack of Japanese and still into my first cup of coffee.

So Vic got out of his chair and started another pantomime.

“Thank you! Thank you!” the woman in at end of the table said as she jumped up and turned off the lights to her van.

I don’t know how much English they had between the four of them, but her English was certainly better than our Japanese. This started a brief conversation about our bicycles. Now that we were on to day five, this conversation included cranking our hands as if we were pedaling and listing off the cities we’d biked through. A conversation like this: Kyoto, crank, crank, tired look, Obama, crank, crank, Tsuraga, and here…while pointing to the ground.We could then discuss our plans with more hand cranking and Kanazawa and drawing an air circle to indicate our plans to bike around the Noto Peninsula.

This conversation or Victor’s get-up certainly impressed the ladies who breakfast along the Echizen Coast.

As we got up to leave and pay for our breakfast sets, one of the women pulled out money to cover our meals and gave it to the hostess. Initially the owner was as confused as us, but the matter was quickly settled. Our breakfast was paid for.

Ladies, hungry bike tourers thank you! You made our mediocre breakfast along this remote bit of Japan incredibly better tasting and our morning ride even more delightful!