Sōji-ji: A Night in a Zen Monastery 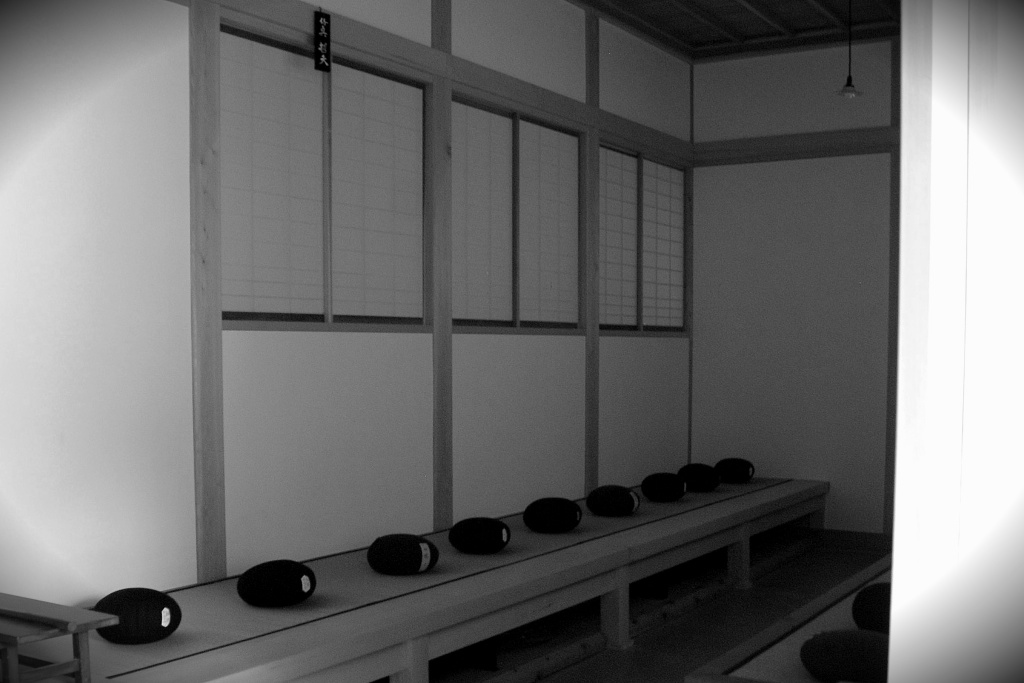 Sometimes it’s advantageous to show up on bicycles. The dark clouds were rolling in and clearly it was going to rain. We were standing in the gift shop and reception office outside of the temple with both the iPad and phone tapping away on phrasebooks and trying to figure out where we were going to stay. We had heard you could stay with the monks at Sōji-ji. But that was perhaps proving untrue.

We didn’t have a reservation so they didn’t have the right room ready and no food prepared for us. And as it’s a monk’s day off on days ending with either a four or a nine, they don’t normally take visitors on those days. To further complicate matters, one of the head priests was leaving and so there were special prayers happening—

This wasn’t all exactly clear at first as we stood there looking helpless and the ladies took turns looking mystified and chatting on the phone to what I assumed were the monks and then the one hotelier in town—or at least that what I surmised when two monks showed up at the same time as the man who had an empty hotel room.

“So why are you interested in Zen?” asked the monk as the hotelier disappeared.
It’s a question I couldn’t really answer.

“You will need to get up when we get up and do chores. Many foreigners get colds and stay in bed!”
I let out a hearty laugh, which I’d like think to helped seal the deal, but perhaps only made us bicycling tourists more suspect. Either way, he introduced us to a monk who had arrived from Germany and was in the process of becoming a priest. He would be our guide, as his English was quite good, and he asked that we follow his instructions closely as he lead us into the temple grounds.

Given the name Shogun once he was accepted into the monastery, he was in his third month of seclusion at the temple and had been studying Japanese and Buddhism since college, obviously many years ago. He had us park our bicycles, showed us how to bow at each Buddha along the way, and led us into the main administration building where the priests live, where the dining hall was, and where we would stay. Off with our shoes, we followed him upstairs and the glass-smooth wood to an room with ink-stained mats. Several young monks, or monklets as we started calling these young men in training, appeared and started dragging out futons and bedding.

It turns out they put us in the calligraphy room and we’d have to eat what the monks were having for dinner. “It’s important to eat everything, even if you don’t like it,” Shogun warned us. Of course, this was no problem as the food was quite delicious and we had been biking very fast all day to reach the monastery early. After dinner, we were taken to have a bath before the monks and then Shogun led us to the meditation hall to instruct us in Zazen, or the practice of meditation, something I’d expected we’d not get to do with our impromptu stay. I felt bad for cutting into his practice and for squirming uncomfortably while a little bug danced and did happiness jigs on the white wall in front of me.

When the meditation bell finally rang, he shared that we’d only completed thirty minutes because he assumed we’d not be able to take the pain of a full meditation session. He was right and it turns out the pain is part of the practice. I had no idea. As he led us back to our room and we completed our bows to the buddhas, he asked if we had any questions for him. Oh boy, did I have questions, but with a blush, I kept them to myself.

I feel asleep listening to monks laughing somewhere downstairs and woke up in the middle of night to hear the priests snoring.

The next morning came early and again we’d be told what was about to happen and wait in our room between each activity. It started with an elaborately choreographed morning prayers and chanting in the Buddha hall and was followed by a breakfast with the monks. “We eat breakfast very fast and it’s important you keep up!” Shogun implored. I thought “He’s never seen Vic eat!” and we had no problem with this though I did feel very self conscious as we were instructed to save one single pickle which we then used to wipe the last bit of rice porridge from our bowls.

After breakfast, it was time for chores. Work is an important part of their meditative life. We first washed our bowls in the large kitchen and then were given towels and shown how to run the length of the wooden building bent over and mopping the floor. Amazing to watch this happening, but I found it impossible to do and hard not to laugh as I slipped, tripped and otherwise lumbered about like an idiot. But I did what I could and went like a mad man for the dust in the corners and even Shogun said there wasn’t much to do since they clean it every single day.

We were once again led to our room and told to wait. The monks would be having their morning planning meeting and once that was over, we’d be free to go. Again, we were asked if we had any questions about what we had seen or learned.

So I finally asked the question that had been gnawing at me all night. “Do you have cats?”
“No. Ah. No. Why do you ask?”
I muttered something about the mice, but in my mind somewhere I had lodged a short story or parable about a monk and either cat or bird or some other animal that the monk felt tender toward. It doesn’t solve my questions about attachment to things of this world, but now I know that monks don’t have pets.

We chatted a bit about the seemingly odd juxtaposition of the role of Zazen and the stark meditation hall and the elaborate ritual in the ornate Buddha hall we’d seen. “It’s like two sides of the same thing” is how Shogun explained it, but it’s something that makes little sense to me and we talked about how there are many misconceptions about Zen, particularly in the West where you can buy Zen soap or Zen gardens for your desk at work. He recommended a simple book on meditation and then left for the daily planning meeting.

As we got ready to go, it turns out the monks in their conference had a question for us. “They would like to know where you are going next?” So we explained more of our trip and with gratitude for the amazing experience gave a donation to the temple. It still shows lots of damage from an earthquake in 2007.

They seemed genuinely surprised at this, but I can’t figure out why. It’s common sense that if given the chance to do some small thing that might make a future bike tourer’s trip easier and trying to find a place to stay possible while keeping hearts open to those weary travelers of the road, you must do it. So with that small gift to these generous monks, I can only hope that someone’s journey is made easier.

They asked us to scribble our names down on a piece of paper as they’d make a prayer of thanks to us. I wrote down “Bob Maygar”, the friend of mine who died too early of prostate cancer and on whose bike I’ve been riding. I’d been thinking earlier in the trip about this amazing bike and the gift that traveling with bicycles is. I’ve always called it “Bob’s bike” but had started wondering at what time in a bike’s life does it stop being someone else’s and actually become yours. Now that this bike as been to opposite coasts of Asia with me, I decided there that I’m ready to call it mine and I’m glad the monks at Sōji-ji can help with a prayer of thanks and safe travels for its former owner.

If you are ever to find yourself on the Noto Peninsula, I’d recommend staying with the monks at Sōji-ji. Certainly, it was one of the highlights of our trip and has been at the center of many interesting conversations in our home. After seeing so many temples and shrines along the way, it was fascinating to get to take part in even a small slice of the life that happens after the tourists go home for the day. Reservations are typically made three days in advance. 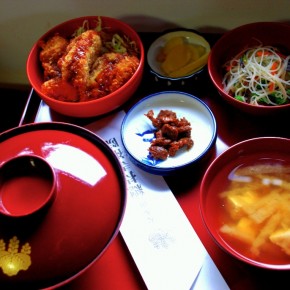 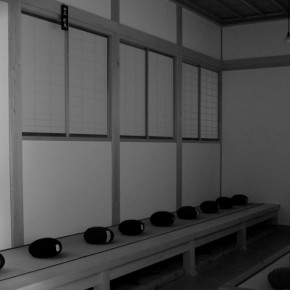 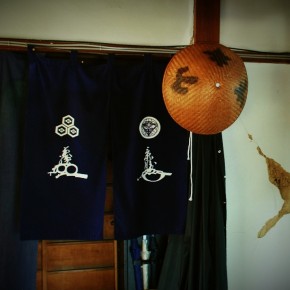 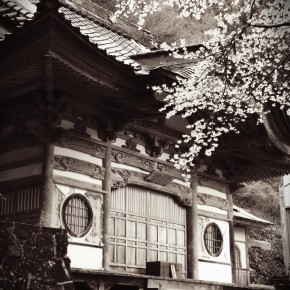 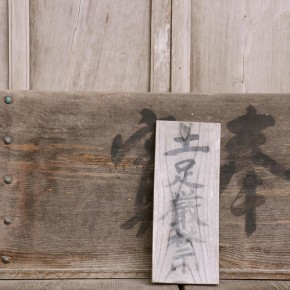 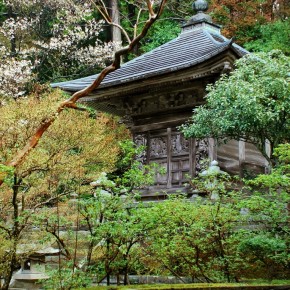 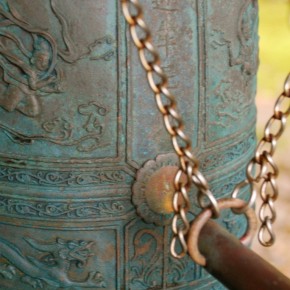 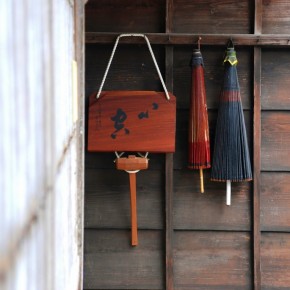 […] particularly enjoyed walking around Wajima and learning about lacqueware, our night with the monks in Soji-ji, and spending time in the bath looking out to Misukejima […]