Sento at the Panama Hotel 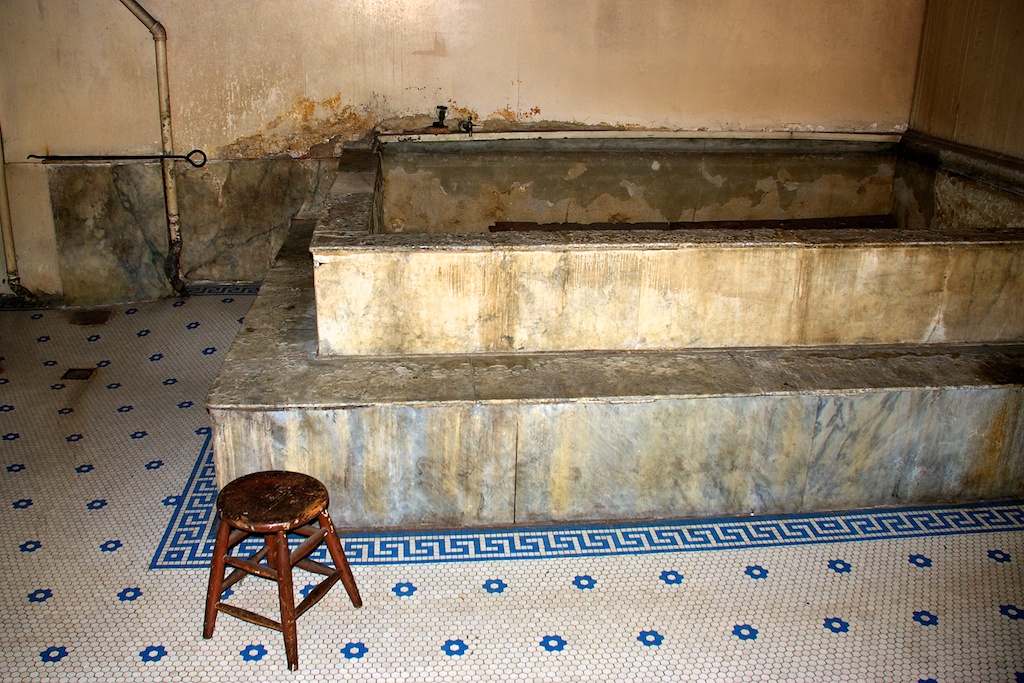 It was snowing when Jan Johnson, the owner of the Panama Hotel, unlocked the iron gates and led us down the broken-lipped stairs into the long unused Sento underneath the hotel. A National Historic Landmark, the designation notes the signifigance of the bath.

The basement of the building includes the Hasidate Yu, the best surviving example of an urban Japanese-style bath house. The Panama Hotel was located at the core of Seattles pre-World War II Japanese American community. Found in virtually every American nihomachi, sentos provided a cultural connection with a 1200-year-old tradition remade in an urban American setting. Sentos are one of the cultural elements that are central to the identify of the Japanese American community in America.

In addition to operating a hotel, there’s also a tea room on the ground floor. I’m no regular, but I usually bring out-of-town guests here, not so much for sipping tea, but to peer through a hole cut into the floor down into the dusty basement and the suitcases and boxes that were left here during the last weeks of April in 1942. It was then that the what was the second largest Japan-town in the country and a vibrant community was destroyed in what was then known as the Evacuation. It’s what we know call the Internment and something I’d not even heard of until I went to college.

On the twenty-first of April, a Tuesday, the general gave us the shattering news. “All the Seattle Japanese will be moved to Puyallup by May 1. Everyone must be registered Saturday and Sunday between 8 A.M. and 5 P.M. They will leave next week in three groups, on Tuesday, Thursday and Friday.”

Up to that moment, we had hoped against hope that something or someone would intervene for us. Now there was no time for moaning. A thousand and one details must be attended to in this one week of grace. Those seven days sputtered out like matches struck in the wind, as we rushed wildly about. Mother distributed sheets, pillowcases and blankets, which we stuffed into seabags. Into the two suitcases, we packed heavy winter overcoats, plenty of sweaters, woolen slacks and skirts, flannel pajamas and scarves. Personal toilet articles, one tin plate, tin cup and silverware completed our luggage. The one seabag and two suitcases apiece were going to be the backbone of our future home, and we planned it carefully.

Henry went to the Control Station to register the family. He came home with twenty tags, all numbered “10710,” tags to be attached to each piece of baggage, and one to hang from our coat lapels. From then on, we were known as Family #10710.

Evidently word got around the community, that the Hotel had room in the basement for storage and the owner had found a non-Japanese caretaker that was trusted enough that many left much of their personal belongings there… but not everyone came back to claim them and over time they were forgotten. Ms. Johnson’s passion is preserving the importance of this community and reconnecting it to our city’s history. It seems likely that the baths haven’t been used since the War.

While she has no plans to reopen the baths (and the cost to do so would be prohibitive), she does lead tour groups down to them. These tours cost $12 and happen a few times a month.

Most of the “tour” consists of Ms. Johnson explaining the importance of the hotel and its history while you sit in the cafe and sip tea. It seems most of the folks on the tour are part of book groups who’ve read a book I’d never heard of called, “Hotel at the Corner of Bitter and Sweet” Evidently it has been translated into something like 23 languages and is a best-seller in Finland.

The tour started late, runs long and Ms. Johnson doesn’t seem one to watch the clock or sense the audience’s endurance. It took a gentle nudging and finally opening the door to the cold air to remind Ms. Johnson that, indeed, after over an hour of talking, we were ready to head down to the the Sento. While I’d have loved to have a decent lighting set up down there to take pictures (and to wander around the rest of the basement) the truth is that it would be hard to spend more than fifteen minutes down here as it’s not large and it is straight-forward: a large tub split by gender, some basins and a shower, and some lockers.

Would I recommend this tour? Yes, absolutely. I feel it’s essential history and important for any us who live in Seattle. However, I’ve also written to Ms. Johnson that I’d have a hard time recommending it to out-of-town guests due to its large time commitment. We were there for almost three hours! I would have also have liked to seen an actual room in the hotel, as I was surprised to find out that it wasn’t a “residential” hotel, but is day-rate and one that appears quite reasonably priced for Seattle while also be interesting, no doubt.

The Panama Hotel and Cafe is located at 607 South Main. (Main between 6th and Maynard)

Lunch before or after? Maneki’s only opens after 5:00, so we’d recommend Fuji’s Sushi for bento box. It’s kitty-corner from the Hotel. 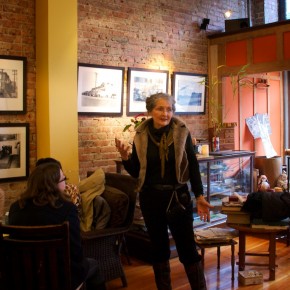 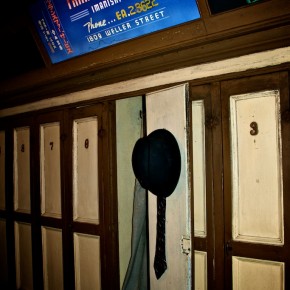 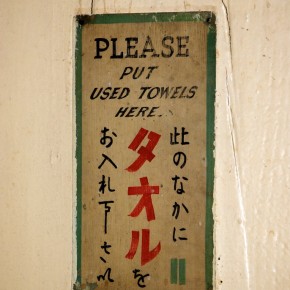