A Day of Manga and Earthquakes 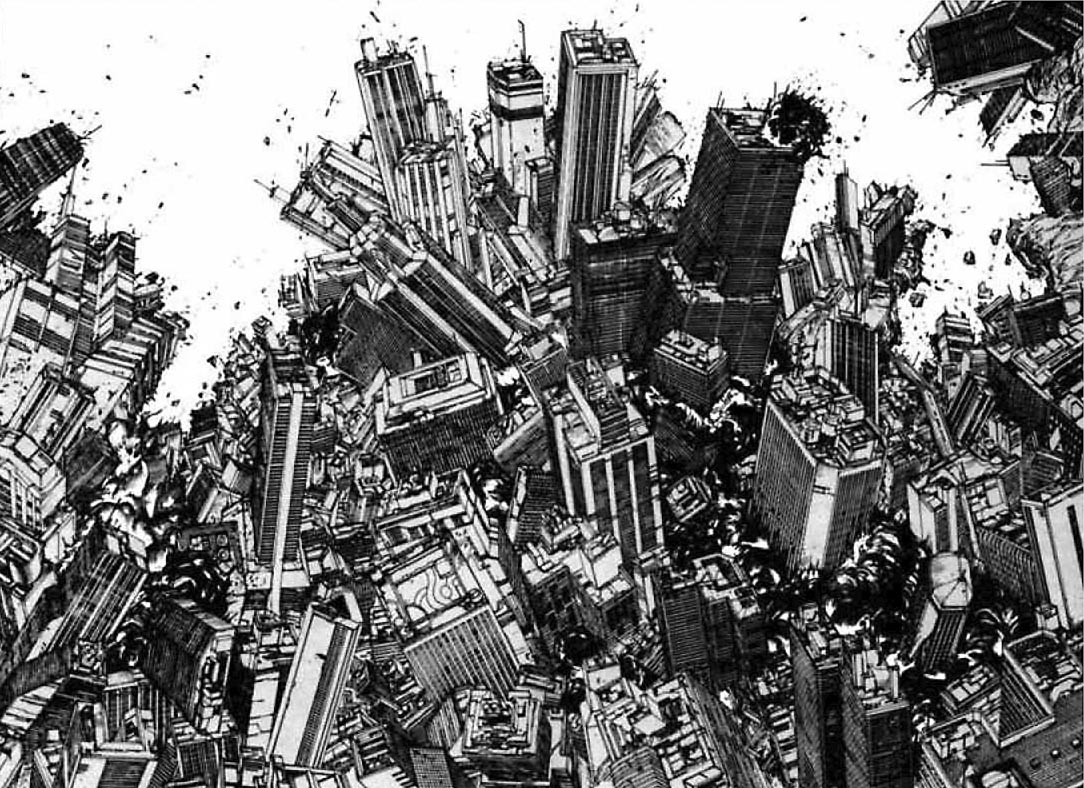 Lately, no matter what time I go to bed, I’m waking up at five am. I am a morning person, but this is driving me a bit crazy. I like starting my morning off with a bit of reading, but I was still too tired to read anything serious, so I flipped back into the manga Akira thinking I’d look at it until it was time for my morning swim. I ended up skipping the swim and nearly everything else yesterday…as I clicked page by page by hundreds of pages until well past two pm.

I tried to summarize the storyline for Victor last night, but wasn’t sure how to explain the multiple ways neo-Tokyo was destroyed. Paranormal nuclear-like blasts, tsunamis, lasers from space, American bombing…pretty much if there wasn’t a fight scene or an escape scene, there was mass destruction happening.

It was very odd to spend my day flipping between this graphic post-apocolyptic destruction filled with brave and heroic teenage protagonists and the tragic and startling images of the Sendai earthquake.

Many people emailed me yesterday asking if our Japan bike touring plans were going to change. It seems most likely they will not. Our plans put us hundreds of miles from this part of Japan which is obviously going to take years to rebuild. We are, however, looking for potential ways to volunteer in the clean-up work knowing that it might well be too complicated for us to participate since bossing us around would be very difficult with our lack of Japanese. We’re looking into it and would love to hear about any opportunities to do so.