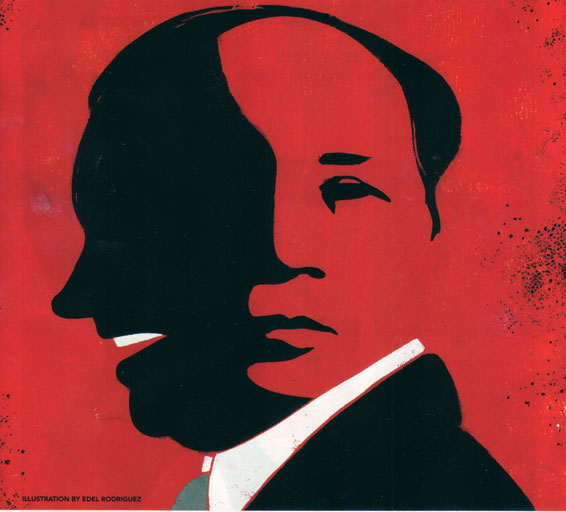 I’d never heard “Nixon in China,” an opera considered by many to be among the few modern classics. I certainly thought I knew what to expect: a pulsating, driven piece of nuanced music that would be lyrically and mentally challenging.

Yes. Check. It was that. I was elated to see Nixon in China.

I’d not say I’m a John Adams fan, but I’m certainly no detractor. He’s had a long career, and his music fits into many different types of genres in my mind, some of it amazing, some not so much so. That tired tag of “minimalism” that’s ascribed to him seems quite silly to me. Perhaps to someone who listens to Classic FM, his music is daring and strange, but for someone groomed on new wave, I’d have to honestly say a good bit of John Adams music is positively baroque, and often, in a great and emotional way.

Invited by what I guess I’d have to call “Opera Aficionados” to see the show, I’ll be honest, I kept many of my opinions to myself. See, I don’t go to opera too often because it’s freaky expensive, generally predictable, and in my experience, inconsistent. I don’t mind inconsistent experimental theater at $10 a ticket, but certainly, I don’t want to pay $80 for distant balcony tickets to a mediocre production.

And let’s get real, despite the overwhelming great local press the Vancouver production got of Nixon in China, despite my having never seen this before, and despite my limited knowledge of Opera…as they say on American Idol, this was “One Hot Mess!” Oh, sweet Jesus and Pat Nixon!

Here’s the deal: the third act. This final act is this Opera is notorious for being “difficult.” It’s difficult on everyone: musicians, singers, audience. Consisting of five interlocking monologues by the main character ruminating on the events of the previous week, it’s, as you’d expect from internal ruminations from powerful people, at times propulsive, at times meditative, both whimsical and full of regret: and it’s happening all at once. The director, Michael Cavanagh, decided to crowd the stage with the detritus of the previous act/week with a few new set pieces. While embracing the action of Opera, I think it undermined the reflection through it. This is also not the place to add new pieces or motifs: in particular, the broken band of stamp-like imagery of Nixon turning into Mao were poorly thought out, no matter one’s politics on the American.

While I’d have no quibbles on the singing, and the music is at times quite amazing, I’d have to say my other let down about this production was the general stagecraft. We had a lengthy discussion about the current recession and needing to cut costs where you can, but this opera is famous for landing Air Force One on the stage…not for landing paper cutouts made by the high school woodshop. Combined with animations, any adept kid with a Mac can make and post on YouTube in a late night smoking pot while their parents are asleep, which left me underwhelmed. I’d be curious what it was like to see this at eye-level, but from above, while the swirl of people and props was often in keeping with the feel of the music, it felt mostly cheap.

Oh, the night at the Opera!

This trip to Vancouver was short on Vancouver and long on hotel lounging. I’ve been working quite a bit and recently discovered that I’m not really sleeping, which explains why I am almost always ready for a nap. Knowing I’d want some quality time in the hotel, I didn’t leave the choice to Victor (eewww…Howard Johnson on Granville, no!), but instead made reservations at L’Hermitage, a relatively new hotel in the West End. Our room had a fireplace, a balcony, and while it may have been lacking a great view, a comfortable bed. It also sports a good workout facility and an outdoor hot tub and heated pool (though it felt like swimming in a fountain where children might pelt you with pennies.) Despite the off-season and end of Olympics rates, it ended up more than I planned with the parking fees and taxes, but it felt like an acceptable quality for $200 (CDN) a night, though at that price, I might forgo the pool for a better view and hotel restaurant.

As fans of izakaya, the Japanese salary man’s answer to tapas or pub grub, we made a late-night return to Guu, meaning we only had to wait about 20 minutes to get in. This place is packed and not for the timid or meek.

Our pal, K, made reservations for pre-Opera diner at Wild Rice. Yet another place specializing in small plates, we tasted plenty of different things on the menu as well as several increasingly delightful cocktails. A bit of an institution on the Vancouver food scene, I was a bit embarrassed I’d not heard of it: clearly, we need to not only break out of some of our Vancouver dining ruts but go there more often. Like Seattle and Portland, Vancouver has a great food scene.

Finally, if you’ve not got your Nexus pass, what are you waiting for? Border wait: ha! None!