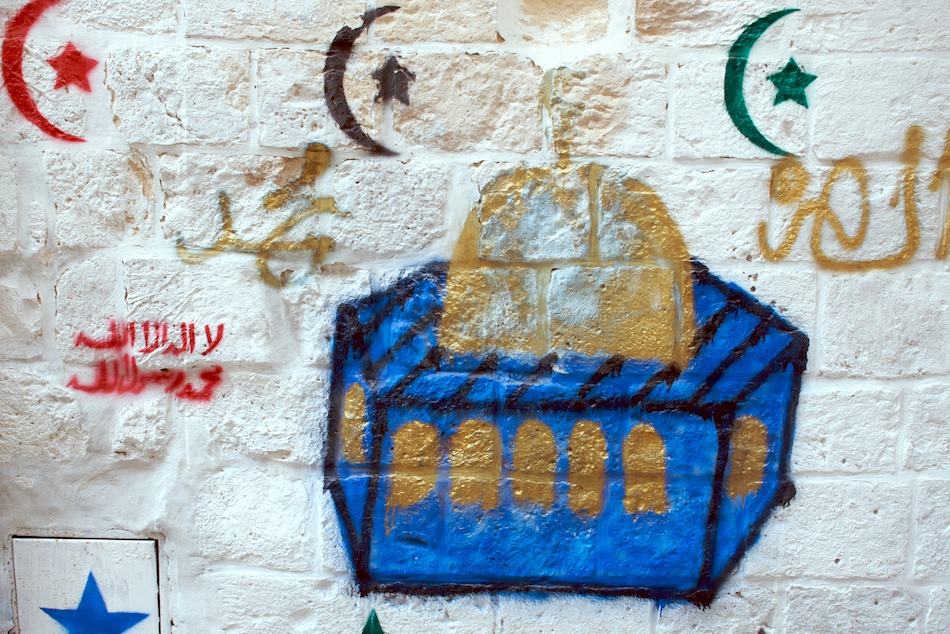 Fifty miles and thousands of years separate Tel Aviv from Jerusalem. That’s obvious and the cities are full of difference, but what I was not expecting was such a startling difference in the street art.

For the most part, stenciling, tagging and other street art that I’ve seen is fairly uniform: youth-driven, anti-corporate, ironic, and if lucky, sly and witty. Such a stance is hardly political in places I’ve seen it and I’d also not claim it to be decorative, though as I’ve mentioned before, the best of the work in the right place is.

Our hospice was in the Arabic quarter of the Old City. This is the narrow-alleyed stone heart of Jerusalem and the reason to visit. Divided into four quarters, the Arabic quarter is the largest. Here and hardly anywhere else in the old city, one finds stencils. Everywhere are stensils of the Arabic holy sites, religious symbols and daubs of colorful paint.

Several walls were white-washed as if asking for these marking and they are done in a repetitive fashion in some places that they perhaps are decorative. Surprisingly, there’s not much else: a few Palestinian flags, and just a couple obvious demands for Palestinian liberation. There’s no doubt that if I read Arabic, I’d “see” more, but still, the surprise to me was how much these motifs of Islamic holy sites, the Kaaba at Mecca, the minaret of Medina, and the Dome of the Rock, dominated the graffiti of the Quarter, how there was hardly a hint of it anywhere else. 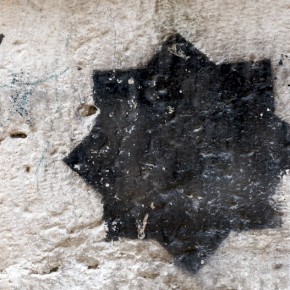 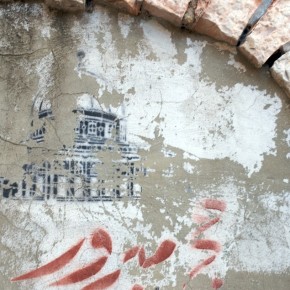 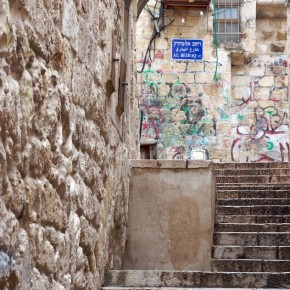 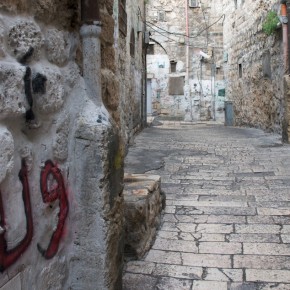 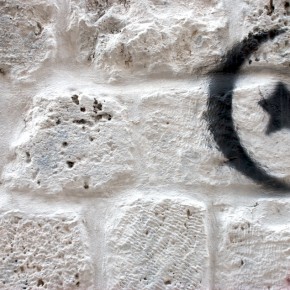 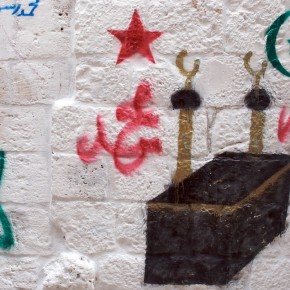 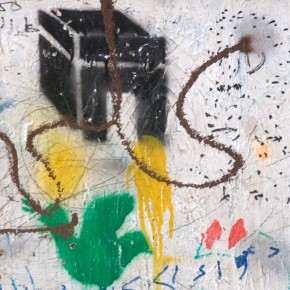 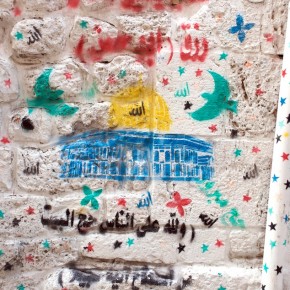 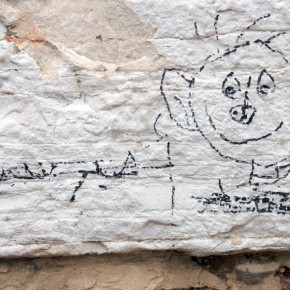 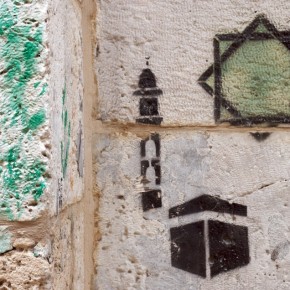 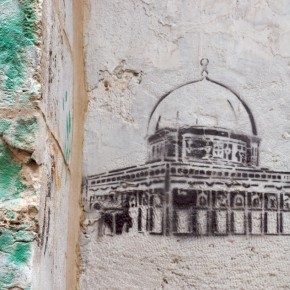 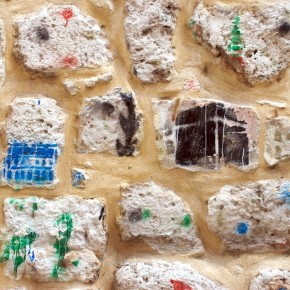 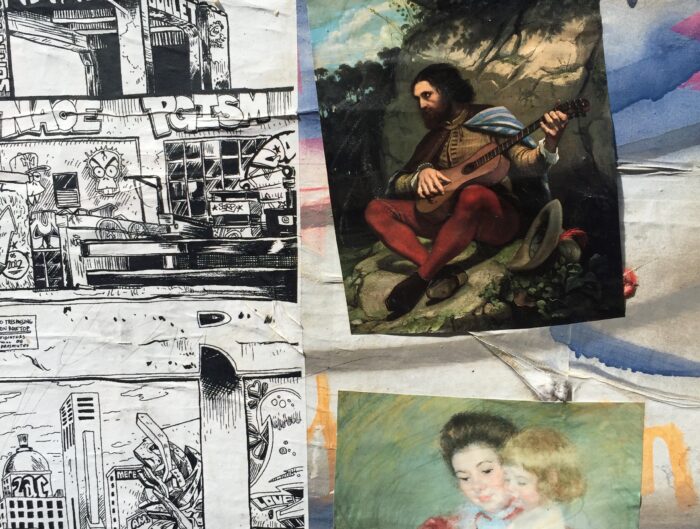 These are incredible pictures. Some of the “tag” are very pretty. Hope you guys are having fun on your trip. (Your Mom and Dad’s friend from Whitney)

Thanks! It was definitely very different from the stuff I saw in Tel Aviv. It was fantastic to stay in the Old City for a few days and I already look forward to when I can return again.