To the Air with Lensbaby 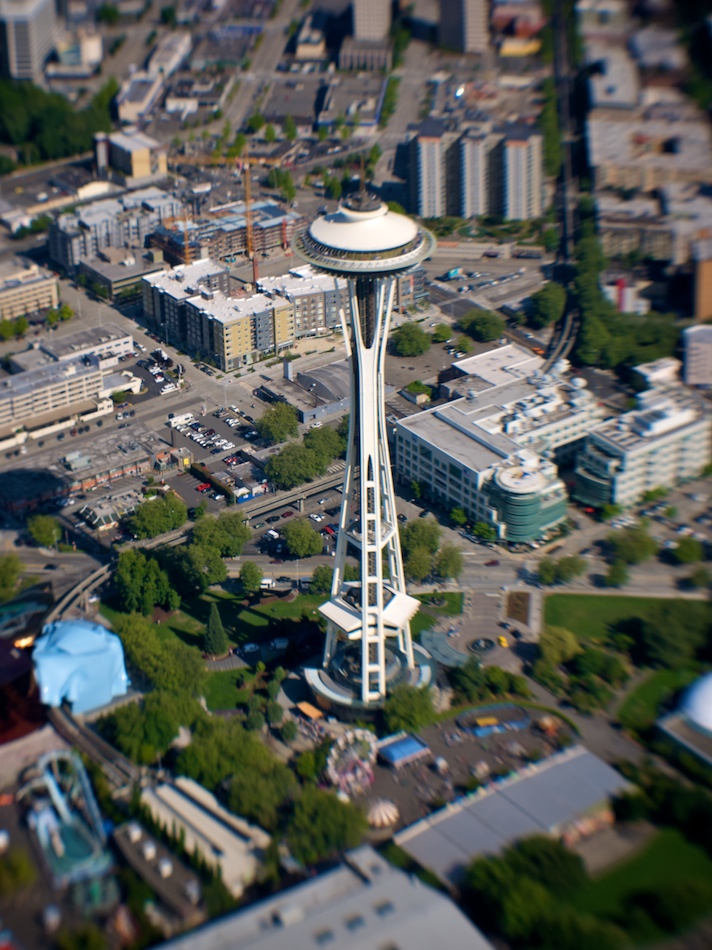 So it was with some trepidation that I boarded my first float plane, best described as an old station wagon with wings and pontoons for a twenty minutes scenic flight around Seattle. One of the more exotic gifts we received from our wedding, I was delighted we finally found a sunny day we could make it up to look at the city.

While I had my kit lens with me, for the most part I stuck with my Lensbaby, an awesome little device that gives you tilt angle effects easily. With a mount that lets you swap a variety of lenses into it, there’s plenty of interesting effects you can achieve. The most well-known is the “toy” or “model village” effect.

Vic wasn’t too pleased with this decision but I made a pretty effective argument that everyone can see and find photos of Seattle from the air, but not everyone is going to see them with a tilt-angle shot. Perhaps my case would have been less persuasive but for the amazing set of tilt-photos of Paris the week before in the New York Times.

While I tend to favor the blurry plastic that for me evokes a harsh, yet dream-like quality to a shot, I’m gaining more confidence with the Double Glass which provide clear “Sweet Spot” focus and blurs the rest depending on the aperture you’re shooting at.

So here’s a set of photos we snapped while up in the air. It’s tough to really get that sweet spot in place while flying around and I give props to anyone that can do. I think these are fun and not bad for an amateur, but it would take a lot more time up in the air to get the effect down just right. 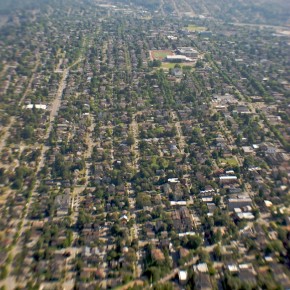 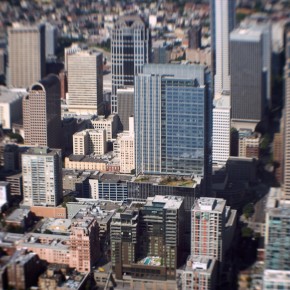 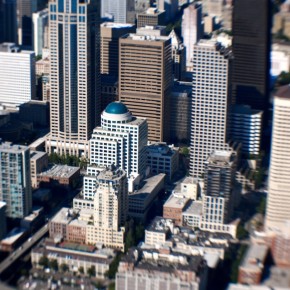 Downtown with Ban Roll On Building 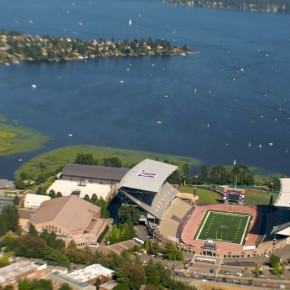 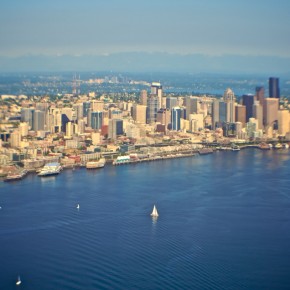 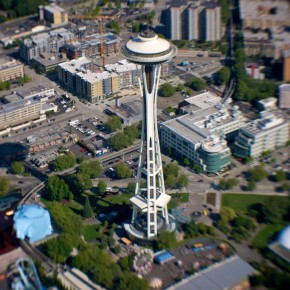 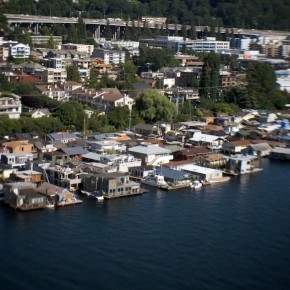 These are great! I should experiment with my lensbaby more… I got the macro kit and have done quite a bit within my garden:

But I haven’t done much outside of macro. Which aperture ring did you install? The one with the smaller or larger opening?