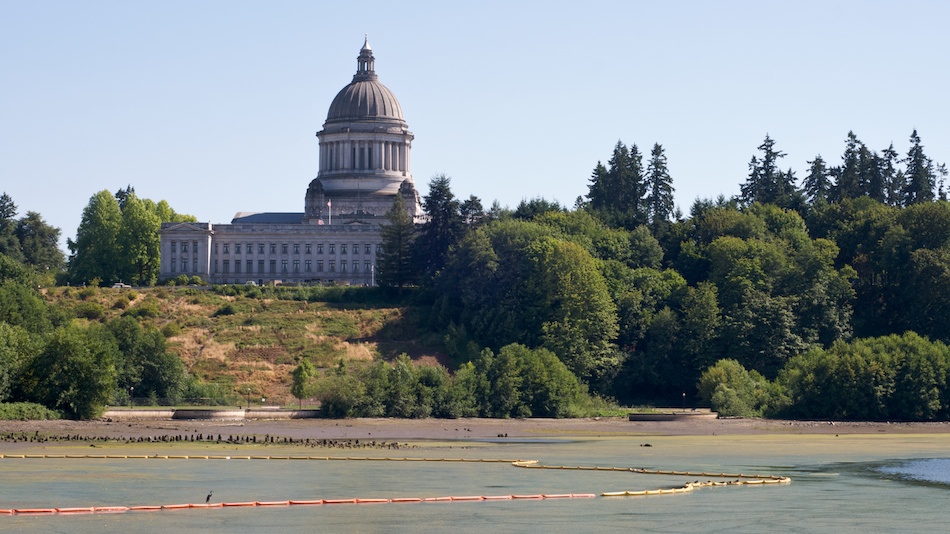 Considering I haven’t used my bike this year to go get groceries, it was definitely out of character for me to bike ninety miles to Olympia to get my broken wheel that I left behind during the STP.

Very hot today and rating a one out of ten on scenery, I’d say it’s only the audaciousness of the task and the great destination that redeem this ride. I have my hub in hand. I enjoyed a few dockside beers. I learned it’s possible and easy to take city buses for four dollars from Olympia to Seattle.

Buddy Up!
One thing that I liked about this ride was that I was able to show an out-of-towner a way out of our city. Meeting Christian at 6 am on the waterfront, we rode down the Interurban, which was my first time to the very end. Maps in hand, I showed him how to read the STP’s Dan Henrys. I don’t know if he got to where he wanted tonight, but he did get to Yelm.

Like yesterday’s ride with Mr. Aldrich, it made me realize how helpful it can be to have someone show you the tricks of our trails and new routes. Sure, I still get lost in Renton trying to connect the Cedar River and Green River, but I know it’s doable. Dave shows me, I show Larry…and at some point Larry’s showing someone else.

We’re lucky here in Seattle to have the Bike Alliance’s Bike Buddy Program. It’s a formalized data base of mentors to assist new commuters with route finding and tips.