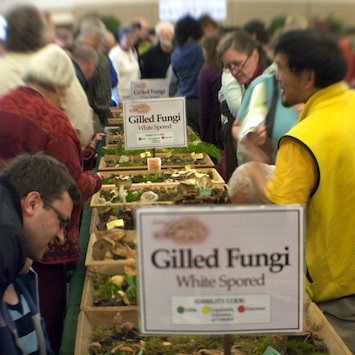 When the weather cool and the rains begin, it’s mushroom season in the Northwest. Well, mushroom season for some mushrooms, like chanterelles, though I think you harvest morels in the spring.

That I am not exactly sure, shows how little I know about finding edible mushrooms.

With the current economic downturn, it seems like a handy skill to have. It was with great enthusiasm that Vic and I went to the Puget Sound Mycological Society’s 2009 Wild Mushroom Show. Held at The Center for Urban Horticulture, it could have used twice the space to handle the crowd pressing against the tables to look at the many mushrooms displayed.

I wasn’t sure what I was expecting, but it wasn’t rows and rows of carefully and obsessively organized mushrooms. Though I don’t know why, as of course, it makes perfect sense and how else do you educate and learn about them. It brought me back to those early days of Forestry School where I was to unfocused to succeed at Dendrology.

I can’t say that I’d head back to the show without clear intent. Instead, I’m likely to take another mushroom walk with the rangers at Discovery Park, or finally, just go to an actual class. The show itself was just to overwhelming for someone with such a casual interest. 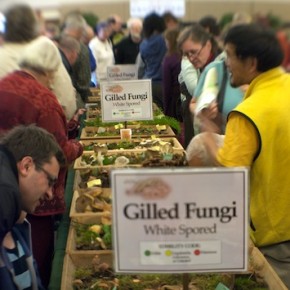 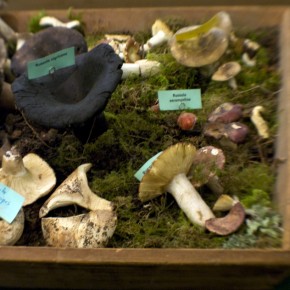 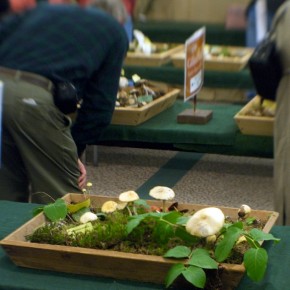 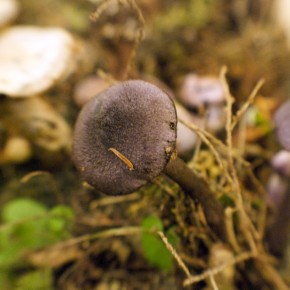 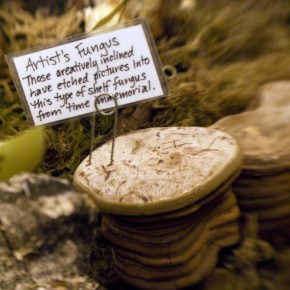 Hard to imagine art with these

Thanks for posting this – I’d heard about their annual show & will try to visit it next year.