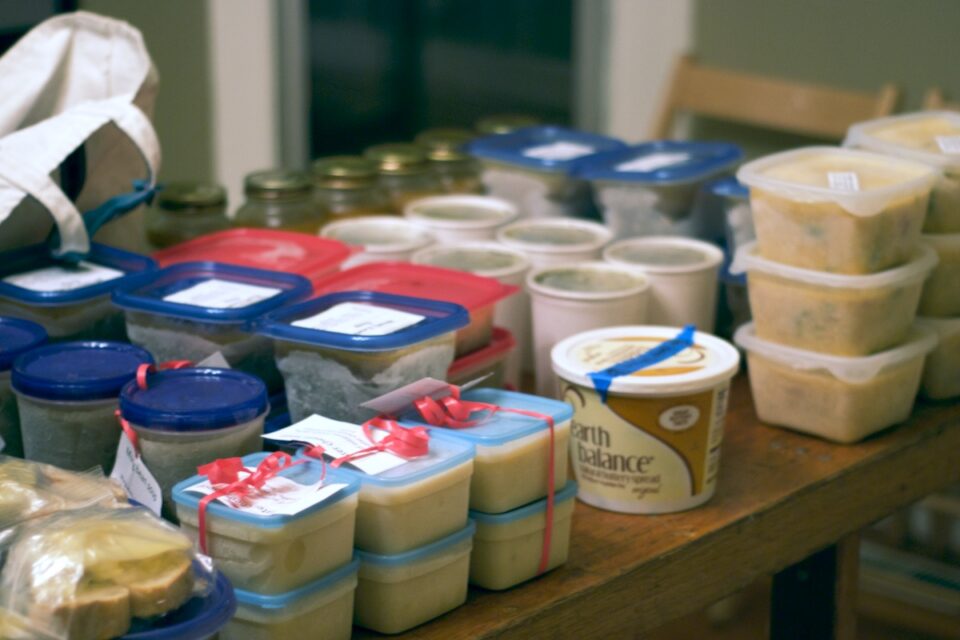 Our freezer is groaning under the weight of frozen soup. Hosting our third soup swap of the winter on Tuesday night, we’ve had nothing by soup diversity since the cold, dreary times returned. I suppose it’s fitting for the economic downturn.

Our final Soup Swap of 2008-09, was posted on the Internets as an open invite to anyone who lived in the Central District of Seattle. Proposed as a way to meet neighbors, I admire the many folks who showed up to our house not knowing anyone else in the room.

As always, I loved the Telling of the Soup the best, where we learned about couple’s eating difference’s, got fake recipes from grandmothers, heard from a first time soup maker and also about some cool projects our neighbors are involved in.

You can read about this and just about every other Soup Swap we know of on SoupSwap.com. And remember, the Fourth National Soup Swap is Saturday, January 23, 2010.