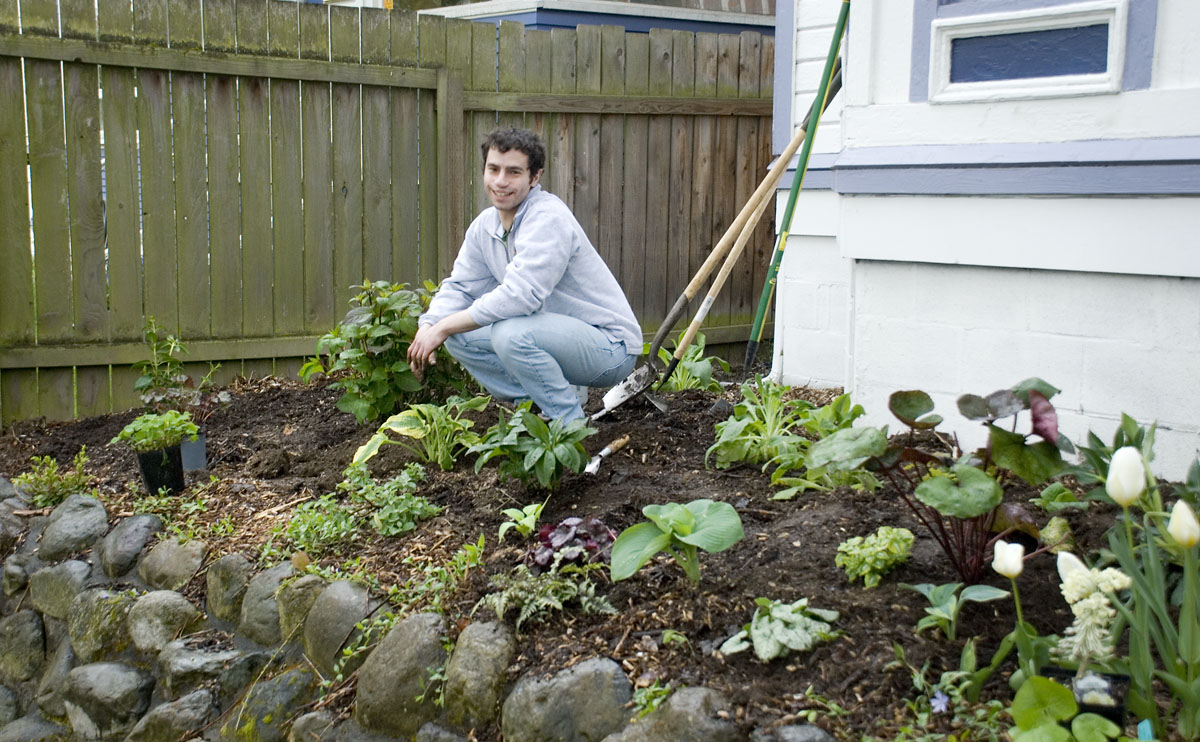 We’ve a narrow front yard making it easier than normal to spot unusual birds or wildlife in it. Imagine spotting a gloved Victor so far from his native habitat!

It seems as the weather finally warms that Victor’s habitat is increasing to include more and more of the garden. You can typically spot him in the evenings now with water can in hand or out tending his leek patch. He also seems to favor pulling weeds in the kitchen garden.

This weekend, he spent mostly in various nurseries and in the front yard, planting his wide ranging selection old-fashioned shade plants: hostas, columbines, hellebores, bleeding hearts, foxgloves, huchera, and violets. We’re excited to see how the ‘Lady in Red’ hydrangea and hardy fuschias bloom, and are trying to decide if we’re putting in a lilac or not. Vic’s real passion in the front is tending his favorite plant, Chocolate Jenny, that he tucked under the Edgeworthia.