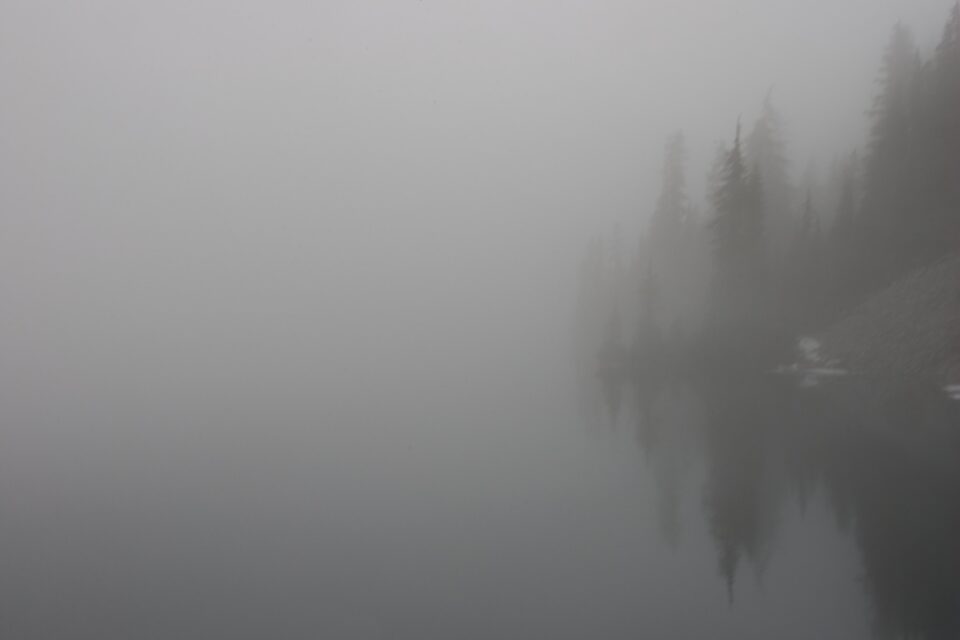 Our hiking book says that Snow Lake is likely the second most popular hike in the State. That seems about right. I’d never thought we’d end up there, but when we arrived yesterday at the cloudy, drizzling and very cool Snoqualmie Pass it suddenly took on some allure. It’s fairly short and it seemed that with the weather being poor, it’d be a great opportunity to see it without the usual crowds. You see, it sits above Alpental of Death, and so every time we’ve gone snow shoeing around there it gets mentioned as the Lake over the Ridge. Sometimes, it’s important to see those things.

I don’t think solitude is something one finds at Snow Lake, even in poorer weather. We crossed paths with at at least fifty people on the way up and the same on the way down. A place to snuggle up and eat some lunch? Nope. There was none of that either.

What I had forgotten about Snow Lake was how instantly lovely the trail is. There’s no half mile walk up an abandoned logging road. No stroll through a clear cut. Even with the Interstate so close, it doesn’t seem to intrude. Hikers would recommend you head else where, and I’d never seriously think of recommending this trail to someone over a summer weekend, but I can say for an out-of-town guest during the mid-week, who wants to also do a few other things, it would be hard to beat.