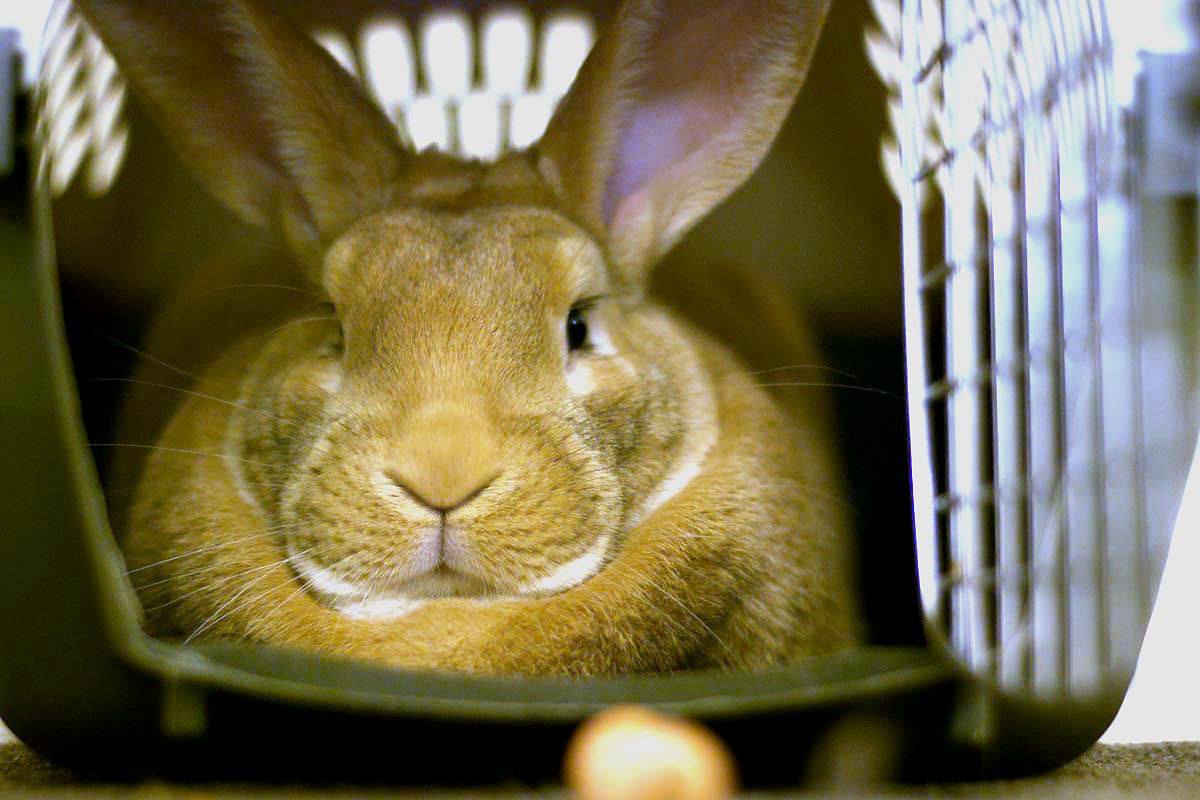 It’s been a few weeks now that Pops has been living here at the Gardnovsky Home for Wayward Pets and he’s settling in nicely.

At twenty pounds, the first thing most people notice is that he is unusually large for a rabbit. His sweet temperament is obvious only after the shock of seeing such a large rabbit wears off. The girth and then mirth is a trait we share.

I realize in my obsession to have a rabbit in the yard again, that I am a bit of rabbit fancier and that I’ve had more rabbits for pets than any other animal. Vic was very against the inclusion of a rabbit into our garden, but now that Pops is here, is rightfully smitten by the lug.

If you’re lucky and have a bit of patience, they make wonderful pets, though petting them is about all that you can do. Short on brains, high on instinct, they require patience and simplistic interaction.

Pops came from the small town of Roy, Washington where the family realized (thankfully) that he needed more interaction than they could provide at the time. And it’s true, for a rabbit to be a good pet, they need quite a bit of handling and rabbity things to do.
Flemish Giant rabbits have easy natures, though aren’t recommended for children due to their size. He’s got a vicious kick and it takes all I can do to keep him under control when he starts to squirm.

His job is to provide high-quality manure for the garden and he is living in a hutch in what I call our French Garden. I am working on a “Green Roof” for it and will have some pictures of that project up soon.

I never assumed that I’d have a rabbit as pleasant as Owen again. However, I have high hopes for Pops. He’s quite a gentleman, has better litter box training habits than Owen and is ready for love.

Hey Knox, lovely pet. Have you thought of having a portrait of pops?

I don’t think I’ve bonded enough with this rabbit to um, have drawings made of him, yet!