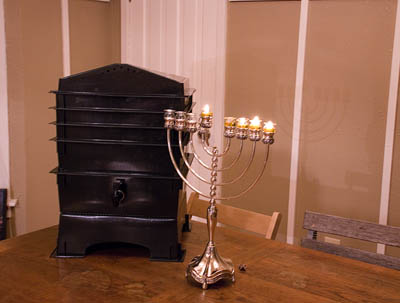 For the third day of Hannukah, my true love gave to me….

Taking our first step toward making our new house more sustainable, we’ve invested in a Worm Factory. The red wrigglers that live in it are supposed to eat a pound or more of our kitchen scraps, turning them into superior compost. I picked it and the worms up from the do-gooding folks at Seattle Tilth.

Vic writes eloquently about why we now have worms living in our kitchen on his blog, but he did not mention how he screamed like a girl and how his head almost hit the ceiling when I opened what he thought was a take-out box to see disgusting, writhing worms.

I can still scare the bejesus out of him by sneaking up on him in the kitchen and screaming, “Worms”. Perhaps I’ll outgrow this behavior.

In the unreasonably happy category, I was thrilled that on same day that the worms arrived, I scored a huge pile of wood chips from the workers trimming tree branches out of the electric lines. They were equally thrilled to give them to me as they don’t have to pay disposal fees. Vic thinks we’re going to have a hard time using them all, and I’m already angling for a second steaming pile.

We’re off to a great start creating an extremely edible garden. Now if we can decide what we’re going to order from Raintree Nursery. Gooseberries? Elderberrries? Currants? 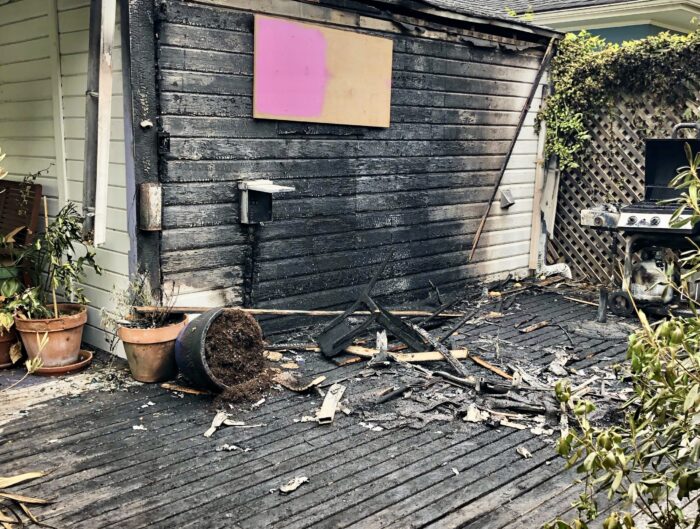