Training with a Heart Rate Monitor 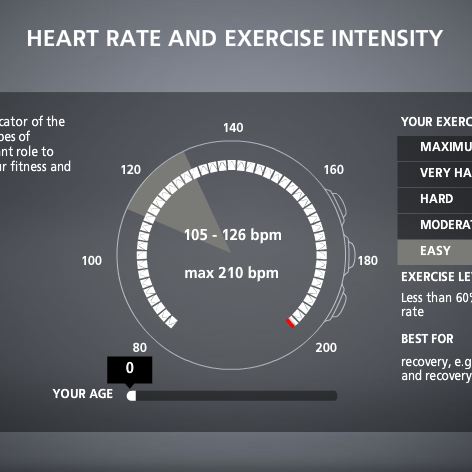 Not one to normally spend $150 dollars on an impulse buy, I recently justified a Suunto Heart Rate Wrist Computer based on some random articles between the pictures in Men’s Health and a vague sense that it would add a needed precision to my training. Let’s be clear here though, I was upsold from a $29 tawdry plastic thing to the snappy Suunto with the idea that it could also become my bike computer and download detailed reports to my PC.

In the bright lights of the sales case, thinking about my soon to be exposed abs, I forgot that I don’t even have a PC anymore. Score one for the hunky sales clerk.

The monitor consists of two parts. The watch, or wrist-top computer, and the sensor belt. The sensor belt I lick before strapping it around me to establish an small electrical current. They communicate to each other wirelessly. The biggest problem is deciding how to position it around my man-boobs and yet establish a contact between the gapping air of my cleavage. The diagram does not address this issue. It seems heart-rate monitors like mine are sold only to buff ironmen, not fatsos and not women.

The first thing I learned about heart rate training is it frightens you. For the first time in my life, I saw what is described as a “resting” heart rate. “It might prudent to hire an on-site ambulance for my pending heart attack”, I thought. For the first week, I was obsessed with my resting heart rate, never mind optimal training performance. I spent the week trying to get it at a level I felt comfortable with and resting.

The most relaxing thing I do in a usual day is eating donuts. Over the course of an hour and half, I found that my heart averages 63 beats a minute while sipping coffee at Top Pot Doughnuts. Just by being there I burned over 162 calories. I took Swedish’s Heart Institute out of my quick dial. I can live with this result.

Then I got on my bike.

The Suunto combines taking a heart rate with a “training effect” measurement. Evidently it’s a scale used by Lance’s coach, Chris Carmichael. You use it as a way to alternate your intensity. But here’s the deal: I don’t understand the scale at all. The Suunto site is designed by designers: too fancy and is not for the simple-minded.

This leaves me with no plan. Just some random numbers and a little graph on my watch that I don’t know which combination of buttons erase. 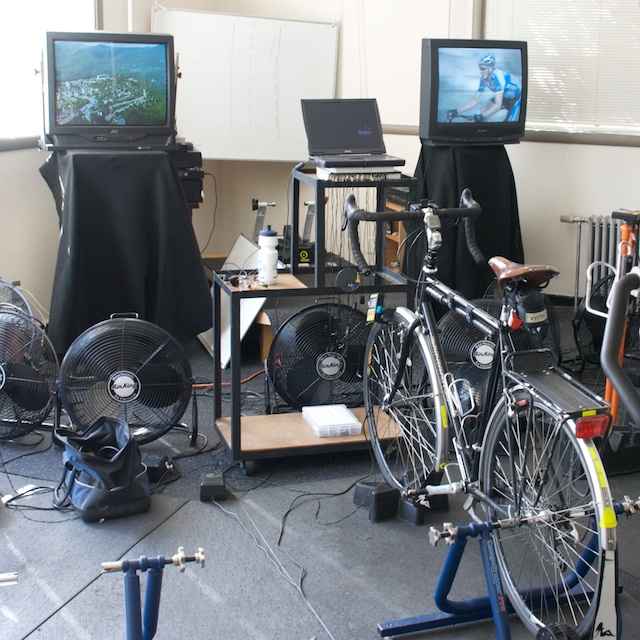 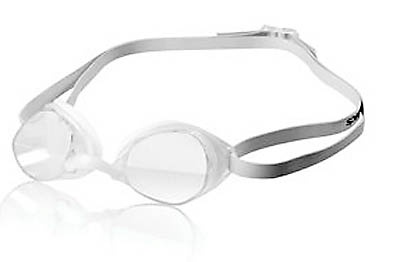 Why is this the only recent post without pictures?

Mine’s pretty useful as a flu and other illness predictor. If my heart rate zone goes up from one session to another I know I am coming down with something. And by the way, I think you strap the belt on below your man-tats. At least, that’s the only way I manage contact.

Ok, I looked for a picture of Tom Boonen with a heart rate monitor but could not find one for you Todd.

Thanks for the great tips! While I keep a ride log that tracks distances, I need to add heart rate info to it. And that idea you have Amy on going to CycleU is perfect. I will totally look into that.

A better way to use this is to go have your V02Max Tested. That way you can determine your heart rate training zone and can then use your heart rate monitor to help you get in better shape. Real Rehab in Greenwood offers this service. It’s not cheap but it it is worth it and you will get your money’s worth out of both your heart rate monitor and the V02 Max testing. Be sure to tell them your goals so that you can get the right info from them.