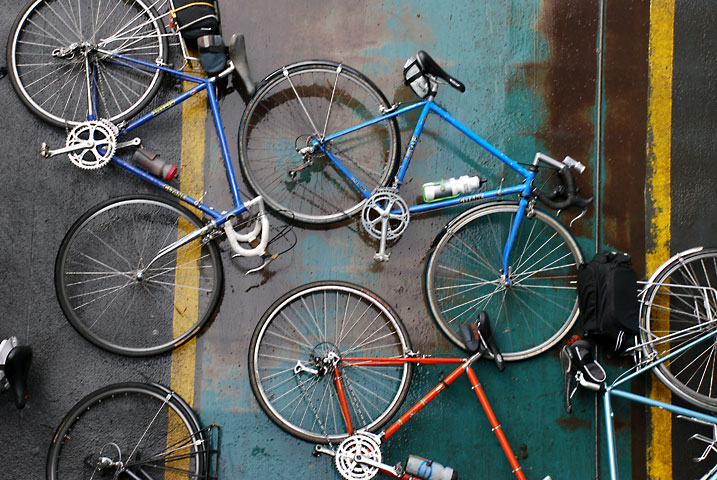 “Hey, you know we could just call my hubby to come pick us up!” said the rider ahead of me, as she struggled up another hill. As I slid by her, I suggested that was a fine idea. And we both laughed. “Yeah, you could come along too…” This is one reason I like the Chilly Hilly. There’s a lot of suffering out there this early in the season and most everyone is totally out to have a good time.

Better this year to call it “The Horrid Soggy”, the Chilly Hilly started in a cool rain that turned to wind by the end of the ride. Counterbalancing the pain though, there’s kids hawking bake sales every mile or two. It is totally calo-rific! I love rice krispy treats and never make them at home, so kids of Bainbridge, you know what to do in 2008!

Speaking of the future, it’s been a few years since I’ve done this ride, and I’m going to call out two new trends that I am against.

1. Wearing iPods or other headphones to a ride. What idiots. “ON YOUR LEFT!” “ON YOUR LEFT!!!!” The only one who couldn’t hear me was at a full stop, thank God.

2. Hipster Bike Clubs using the hard work that the Cascade Club does to organize this ride and all the volunteers out supporting the paying (and “donating”) riders to tack on a “Pirate” bike race. What the hell? Racing along a course of with hundreds of mixed skills riders and using messenger skills on the Chilly Hilly: stupid, classless, and rude. Nice job promoting cycling! Here’s an idea for you hipster anti-society types: use the fresh Dan Henry’s and run it the following weekend or in the middle of the dark and daring night. And a big hiss to their sponsors who probably “don’t get it”…

If you’ve not done this ride, there’s a reason it’s always profiled as one of the best organized rides in the country. It’s a great scenic time and tons of fun. Kudos to Cascade! 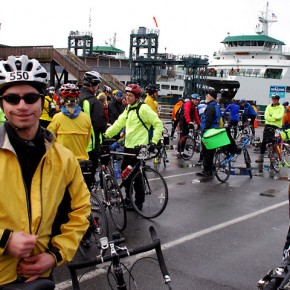 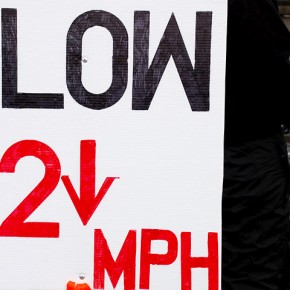 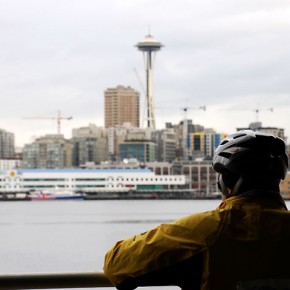 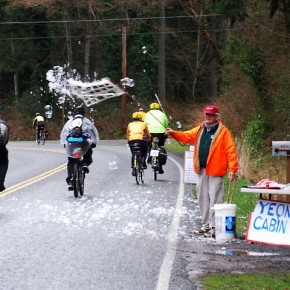 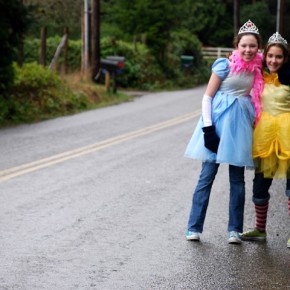 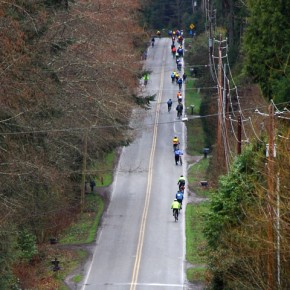 Thanks for the invite to your Birthday Rally. It sounds like a numeroligist’s sweet dream. It’s cool that you are tracking down all those buildings. There’s no way I could finish it because undoubtedly I’d be taking pictures.

You are posting the route sheet? I’d love a copy of it for any after work ride if nothing else.

I’ll think on it, though man, there’s still lots of snow left for Saturday skiing!

Thanks for the offer, but I’ll pay if I run it. I am sure your club could use the money, and it would not be my style to run it arrrgghh, “pirate”.

jeez knox, isn’t mailing the jersey co a little over the top?! i mean, why not approach .83 directly? are we (you) back in pre-school or something?

i’m not a member of cascade or point83, but i feel sorry for the pirates, why you gotta give ’em such a hard time?

* the ferries
* that particular sunday
* bainbridge island, or the roads on it

so how can they complain if other peeps ride on the same day?

at any rate, stay safe out there on the oft-dangerous seattle streets..

I’m a Cascade member and proud. I don’t see any issue with an organized ride using the same public streets and route as another as long as they aren’t using their resources (mechanics, etc). Contacting .83 sponsors!?! Where I come from…. you’d have to tape your chin to your shoulder after pulling some granny act like that.

You pirates are hilarious! Bitch and moan and whine! What Kascade “policies” get your panties in a wedge? “I just can’t believe that you would waste your time and effort on on something so trivial as” pirating a Kascade ride!! No, you’re not messengers… they laugh at you guys! Just like I am right now.