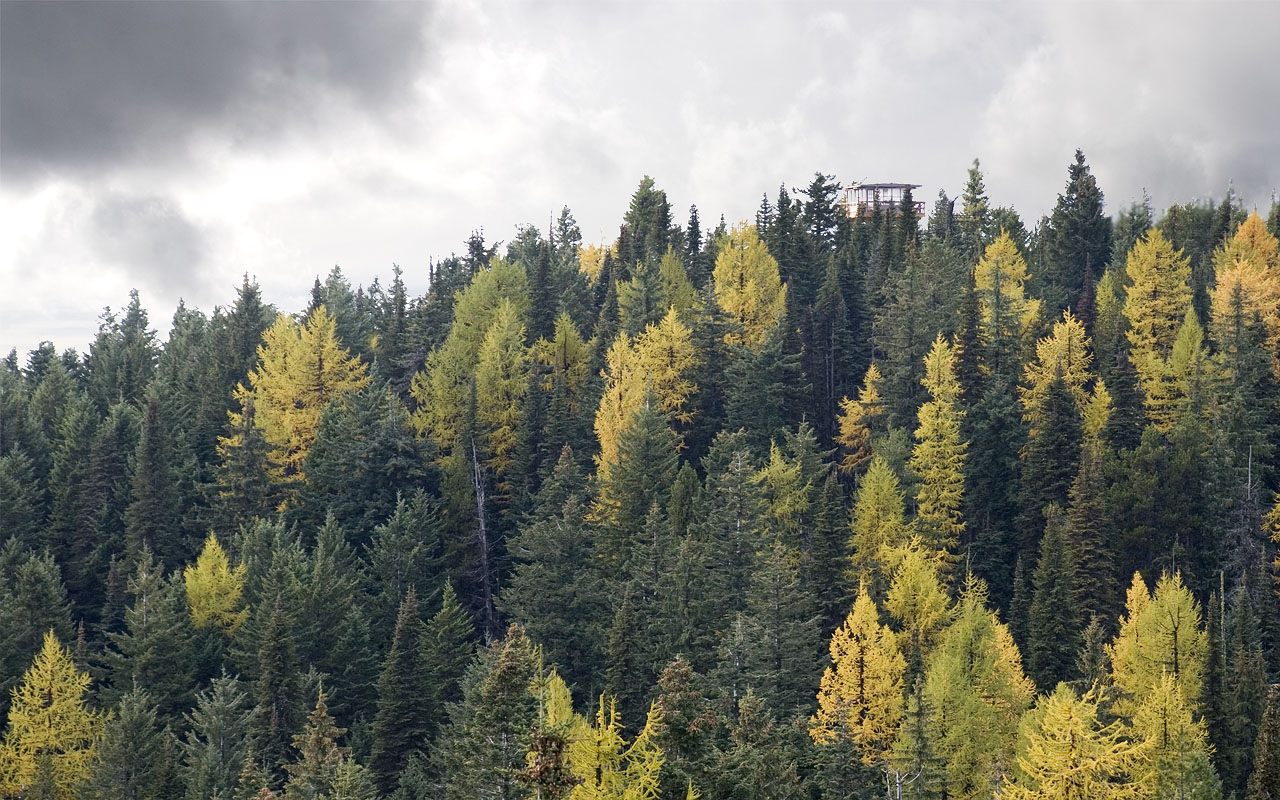 The Washington State Park system has many interesting accommodations to rent: cabins, yurts, lighthouses, covered wagons to name a few. Quartz Mountain is a fire lookout in Mt. Spokane State Park and can be yours for $60 a night with a bit of flexibility and planning.

Open, depending on the snow, from mid-June through mid-October, reservations are absolutely required. The ranger I spoke with tells me this: reservations for the season are taken on March 1 by phone. By the afternoon of March 2, the season is fully booked but for some odd dates in October. This is how Vic and I were there on a Wednesday and Thursday night on its last full week.

We arrived at dusk in a soggy rain storm, deep inside a cloud. As the lookout sits at the highest point inside a phenomenal cross-country ski area, I was nervous we’d make a wrong turn on the many similar looking trails. If you stick with the fork in the road that continues heading up, you’d get there. When we did it was so thick with fog, we were standing 20 feet from it and nearly missed it.

The first night was like being in a hull of a ship; surrounded by fog, very cold, and a bit of quiver due to the winds.

The views take in the Serlkirk Mountains in the Idaho panhandle, southern British Columbia, Montana, and according to Jim, the volunteer, on a clear day, the Blues of Oregon. One thing I was not expecting was the lights of Spokane spread below us in the evening.

The lookout is a labor of love for volunteers who moved it from its original location on the south slope of Mt. Spokane to its new home on Quartz Mountain. They help maintain water jugs and propane up there so you don’t have to lug it up. Hurrah!

My iCal is marked on March 1st and we’ll be calling. As there is no heat in it, we are thinking a bit earlier, like mid-September, will be excellent, though we’ll miss the beauty of the tamaracks turning brilliant yellow. 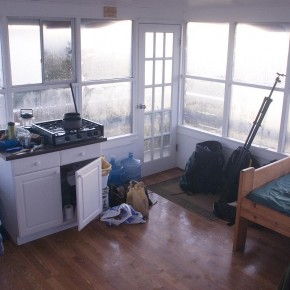 Inside the Quartz Mountain Lookout 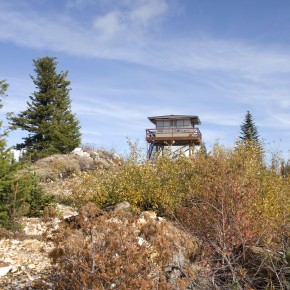 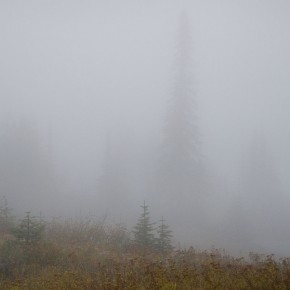 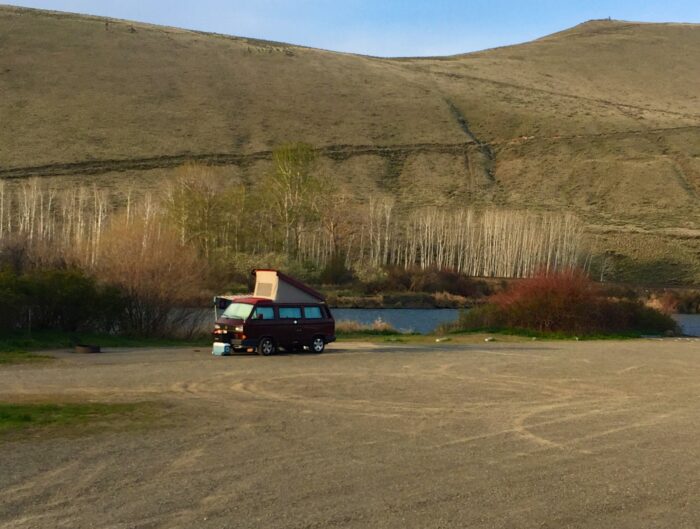 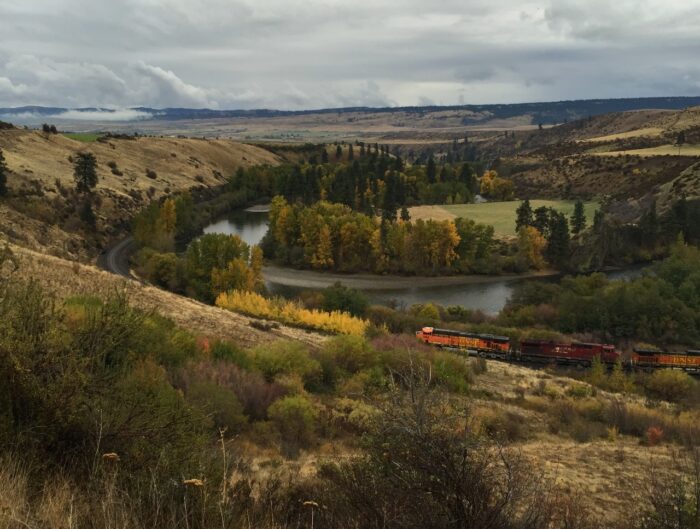 […] we were at Selkirk with utmost haste loading our gear into Ranger Steve’s truck. Thus began our second trip to Quartz Mountain. It seemed fitting that it would start in a gentlemanly […]