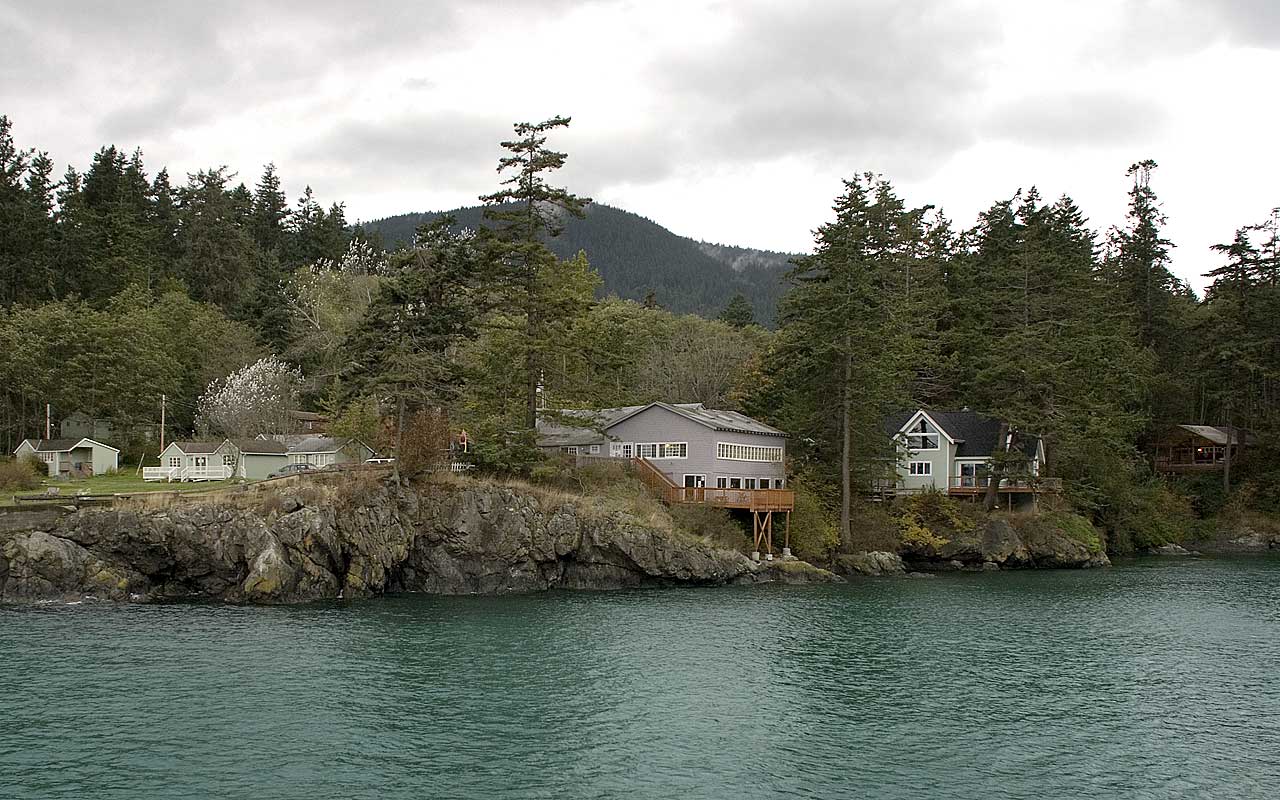 Doe Bay has a reputation as a hippie hangout, but you have to be a rich hippie it seems to enjoy the pleasures of it. And for a a rich hippie, I’ll be honest, the cabins were poorly appointed: our stove did not work, lightbulbs were missing, plugs appeared broken.

Would I go back? Yes. It is a stunning location. Sitting naked, watching the howling storm in the hot tubs for hours was about as deeply relaxed as I’ve been in the last month of stressful house hunting. We did a bit of yoga, and the cafe, though more expensive than I would have guessed before hand, was excellent.

As the sun broke on our last day, we took the drive up to the lookout at Mt. Constitution. From the top you see many of the islands, the city of Vancouver, Mt. Baker, the Olympics, and in our case, clouds below. In a state filled with amazing natural scenery, this is one of the most amazing views I’ve seen.

I’d like to get the bike up to Orcas. The roads were narrow, and are signed with bike pullouts, reminding a bit of Nova Scotia where it appears that drivers are at least used to the concept of bikes on the roads.

Weekend in the San Juans 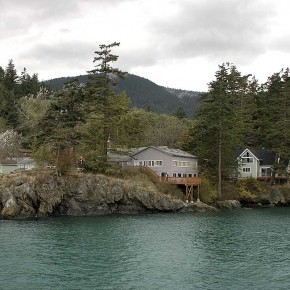 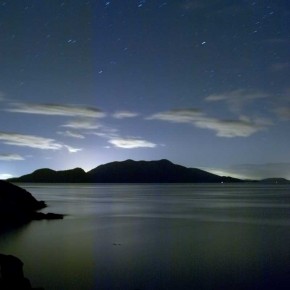 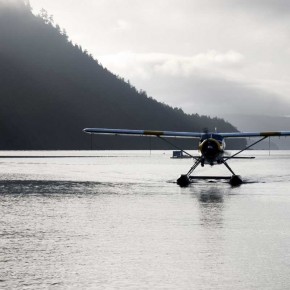 my aunt likes to paddle around there. I can see why…

And no bugs Karl. No bugs.

Of course, you do have to look out for Killer Whales, but that is a small price to pay.

We’ve got to get our kayaking life started! It has been a delight to follow your summer adventure with it. I had told Vic before we ever left Boston, that if we are going to stay there, we’d have to take up kayaking so we could GO OUTSIDE MORE. You look like you’ve learned tons this season.

We can’t wait to host you out here. You know there is a kayak trail from Seattle to Alaska, with camp pullouts the whole way up. It must be amazing.

If we needed a second home, I might be able to live like a hobbit. It is mighty cute that that thing.

I’d hate to be here in our soggy city, and having to push past gawkers dressed up with elfin ears to get out of my house every morning.

Friends and I cycled the San Juan Islands for a week one August…Orcas was beautiful, and we cycled up Mt. Constitution as well. Drivers were very pleasant. I’d love to go back.