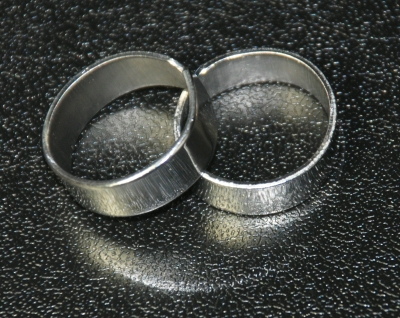 In a Bike Nerd first, here’s an account from reader Steve Miller on the recent gay marriage vote and the protest outside the Massachusetts State House. What is happening in Massachusetts is important as, unlike what some of the homophobes and bigots would have people believe, including homosexuals in the rights of marriage is actually quite mundane and daily life in Massachusetts has not changed one bit.

While the vote in the legislature was close, in public opinion it is, after only two years, a giant yawn as most folks have more pressing things to worry about like taxes, education, home prices, and health care.

Here’s Steve from the State House:

I just returned from in front of the Massachusetts state house, where I had joined the demonstrations treat gay marriage as a constitutional right rather than as something subject to the up or down vote of the public. We had been told that the vote could go either way, with the swing being one or two people. Many of us thought it was likely that we would loose — that we’d have to spend the next year mobilizing to defend an already-won victory, with no guarantee of success.

To our unbelievable joy, we won by 5 votes. It was a resounding margin. (To put something on the ballot only requires 50 positive votes out of the 196 potential participants in the Constitutional Convention.

Yelling with the others, hugging people, I felt a calm tingling in my stomach, sort of internal goose bumps — I knew we were present for an historical moment. And I felt deeply glad for our friends, for my brother’s memory, for all of us who are trying to move this world one small step after the other towards a more caring future.

And then, and this is the reason I’m writing because you will have all heard about the vote by now, someone started singing the Star Spangled Banner. It is a song I hate. I have to force myself to stand up when its played at sports events. I have hated what it stood for since the Vietnam days when I learned that patriotism was the religion of aggression and the US was as much (and many times more of) a force for evil as for good.

So there was this moment when I stopped and silently wished that the woman on the steps above me dressed in the Uncle Sam suit holding the flag wouldn’t have started that song.

And then, suddenly, I realized that it was exactly the right song to be singing. We were celebrating a victory of what is worth believing in within our national tradition. We were defending the constitution and like those who fought against slavery or for women’s right to vote, we were — and needed to proclaim ourselves to be — the inheritors of what is great about America.

Many years ago I stood on my campus as we joined colleges around the world in shutting down to protest the US invasion of Cambodia and I said that we would never create a revolution built on anti-Americanism, that difficult as it may be we had to a part of our history and culture that we could be proud of and that we could use as the starting point for future gains.

Today, I felt just that way.