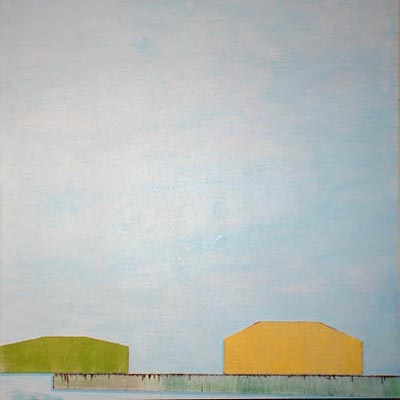 Since Ed’s last show, he’s had another child. Maybe it’s the kids, but the new work, while still quiet, has a playfulness I hadn’t expected.

It’s a version of suburban life where there’s a rake in a flower bed or a ball drifting out of a driveway: people live in these constructions but have been called away to some other pressing thing, a phone ringing, another unfinished chore. They’re languid in a way that suburbs are, but in their roughness, hurried, like life most often is.

I find them sad though not lonely.

You can see his new show at the Starbucks off Occidental Square and Jackson through the end of the month.

He spends a lot more time on Flickr as Red Buttons these days than his blog, Visual Research Institute, but both are worth a look.

His work, quiet and recently playful. 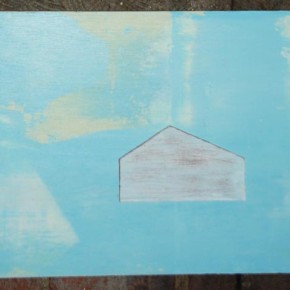 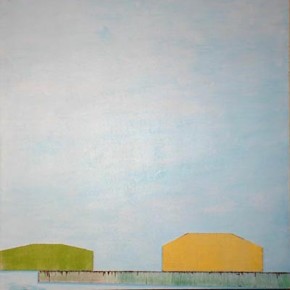 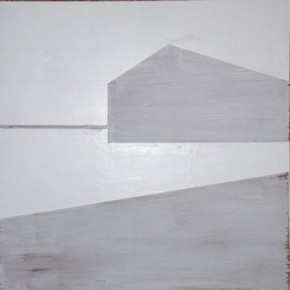 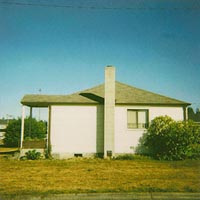 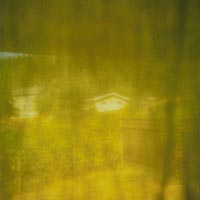 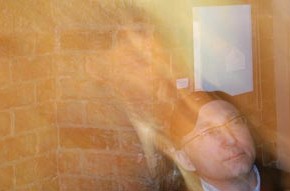