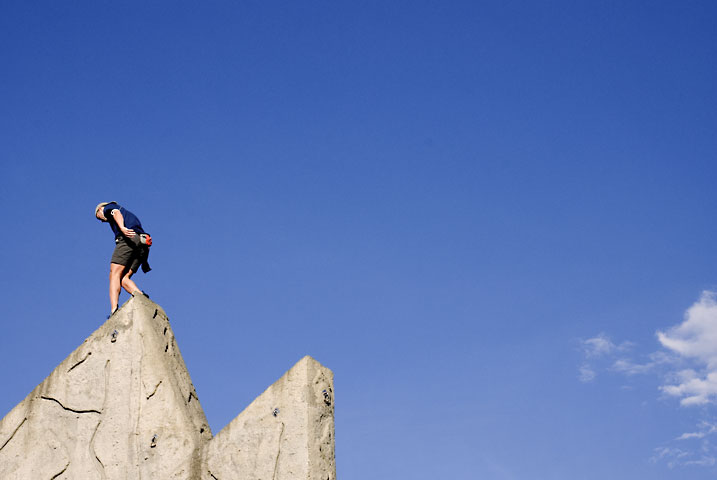 I thought the garbageman was going to burst out into a song when he stopped us to ask about our bikes. The bus driver nearly kissed us goodbye when he dropped us off on the other side of 520. It was one of those spring days that makes Seattlelites a bit manic, and all the more so if you’re out riding your bike.

One of the coolest programs in the city is The Washington Bike Alliance’s Bike Buddy Program. It helps team up regular commuters with folks who want to try it out. This can be incredibly helpful, because while there are plenty of excellent trails in Seattle, they often don’t quite connect, folks find quieter roads with time, and if nothing else, you can say, “Yeah, watch this pothole here, or this bit always sucks, I’d take the lane!”

Vic heads to the Eastside soon for work. Undoubtedly once he gets set up in his bland office park building, he’ll meet other cyclists to help show him some new routes. Until then, I’m his acting Bike Buddy and we’re doing some practice runs so he gets used to some of the possibilities. Our route yesterday took us into Marymoor Park over in Redmond, before taking the trail around the northern bit of Lake Washington and into Seattle. I only did his commute twice in Boston. Though it is a bit longer, this is going to be much nicer.

Spring on the practice commute 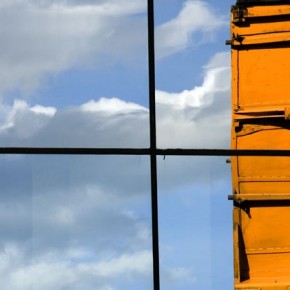 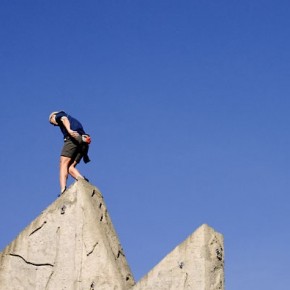 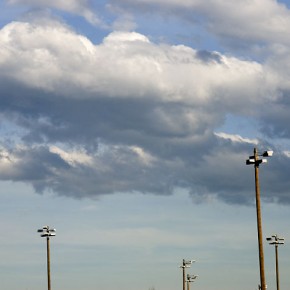 You know, in a past life, I did that commute rather a lot and here’s what you might want to know. In the light times when everyone and their brother dusts of the ride, it can be frustrating at the bus stop – you may have to wait for many a bus to get your bike on the rack. Also, the long route? Too long for a regular commute. I used to ride in one day, home the next. Though I had to go all the way to evil Redmond – Kirkland is easier for buses coz you can take ANYTHING that’s going across the bridge and unload at the 520 station.

I’m going to show Vic that route across I-90 through Bellevue as an ideal way to get to Kirkland (skipping that bitch, Juanita Hill, where another cyclist was killed a couple weeks ago).

When I worked there, you know, for one of those .com busts, it was actually quite a nice ride.

I’d often meet Vic on his commute in Boston (HELLISH) to go riding, and yesterday I was so glad to say, “Do you see what I mean about Wellesley being like Kirkland” and for him to say, “Oh yeah.” I hate biking in that bit of downtown Kirkland…to many distracted drivers in cars that are way to big looking for parking on streets way to small.