Bicycle Dining on the Eastside 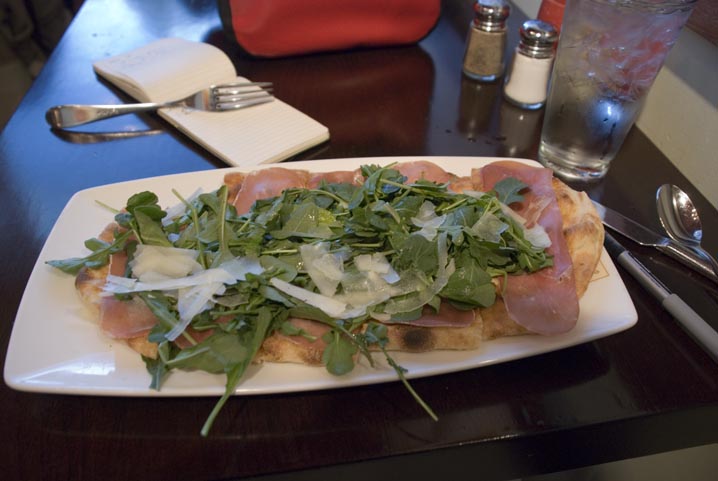 The other morning I was sitting in a meeting in Issaqauh, out on the eastern edges of the Seattle’s sprawl. People were complaining about their commutes and the traffic. I hadn’t noticed it on my bike, but was indeed very tired because it was early.

I’m not terribly familiar with the biking in this part of the city so I was looking forward to finally checking out the East Sammamish Lake Trail. While clearly marked and not unpleasant, it’s not the best for a bike with skinny tires like mine which prefers pavement. A good bit of the parkway though has a room on the shoulder for bikes and the spin toward Redmond was quite nice.

Once I got to Redmond, I was going to connect to the Sammamish River Trail/Burke Gilman at Marymoor. I got postponed for lunch.

At the junction of these roads sits yet another bland office building, I think Xerox Sales is in it. Quite understated and easy to miss is the Pomegranate Bistro, the front end to a well known catering business. While the lunch prices might be a bit steep for every day lunch for the roving cyclists, they have an espresso machine and pastry case that is a notch above the stuff you’ll find across the street at Whole Foods. After my lunch of Arugula and Truffle Oil “pizza”, I snacked 10 miles later on a take-out Molasses Cookie Sandwich and tea.

Good Eating at Pomegranate: Perfect for a Lake Sammamish Loop 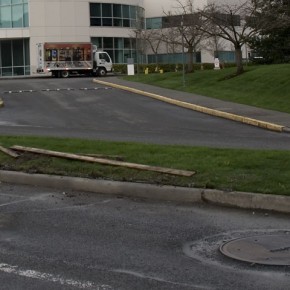 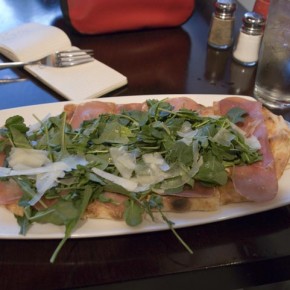 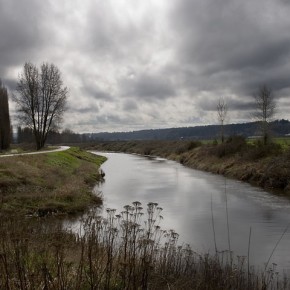 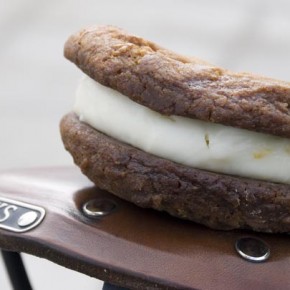 That photo of the slough is an absolute stunner. Wow.

I got suckered by the East Lake Sammamish Trail myself. Gravel does not a cycle-path make.

The shoulder on E. Lk. Sammamish Pkwy. is wide and bike-friendly, however.

I’ve been cursed with a lot of cloudy-weather photography lately. Usually, I just take the picture and know that it’s not going to come out. How did you get this one?

Ah cloudy weather photography is not something we would know anything about in Seattle!

That is basically a lucky snap with a bit of photoshop magic by creating a curves editing mask, boosting the drama a bit in the sky, and smacking it back together. I think it worked fairly well as the water matches fairly nicely and was already reflecting a bit of what was going on in the sky.

Also, I am going to be blunt, that new D80 takes better pictures than me most of the time! Grin.