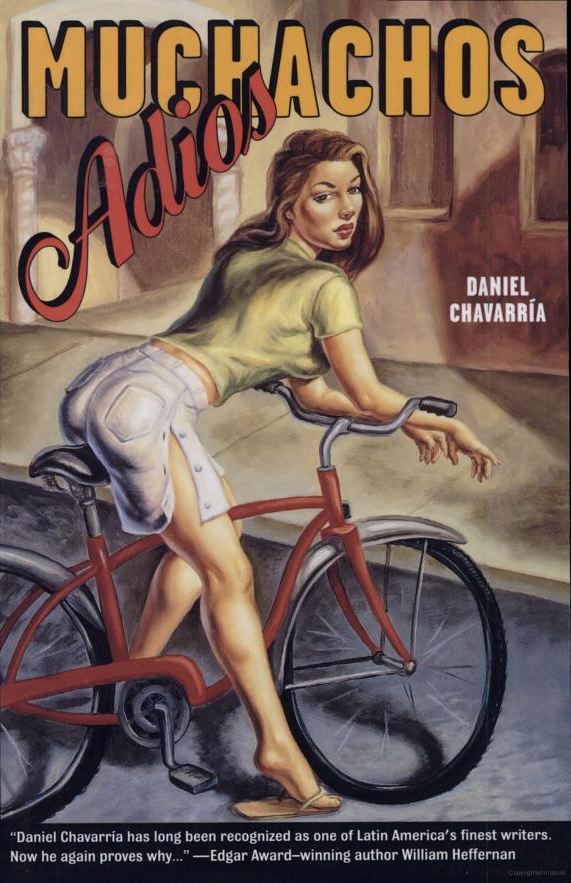 Ah! The trusty bicycle and a specially designed pair of shorts sown by mother to highlight the most beautiful buns in all of Cuba…

A hustler, a transvestite, sunken galleons, accidents, murder, and yes, even a fridge earned by whoring off foreigners, this book has it all. And it all starts with a bicycle, those shorts, and one trick pedal.

“When Alicia decided to become a bicycle hooker, her mother agreed to sell a ring that had been in the family for five generations. She got $350 for it, and for $280 they bought an English mountain-bike, one with wide tires and lots of speeds, on which Alicia launched her hunt for moneyed foreigners.

Ed. Note on Feb 23, 2011: Revisiting this post for the first time in years. I really need to find other books by this fellow!
Here’s review from Pop Matters and what is wrong with this country that Chavarria can’t get into the country to pick up a literary award?

And here is another link about him.

“Daniel is one of those people who are born to make others happy. If there is one thing I am convinced of it is that Chavarria might not become the greatest of all Cuban writers but for sure one of the most affable,” said Heras León.”

When is this going to be made into a movie?

This is a movie I would love to see!