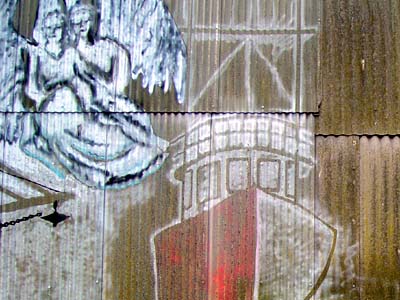 On one side, New Bedford rose in terraces of streets, their ice-covered trees all glittering in the clear, cold air. Huge hills and mountains of casks on cask were piled upon her wharves, and side by side the world-wandering whale ships lay silent and safely moored at last; while from others came a sound of carpenters and coopers, with blended noises of fires and forges to melt the pitch, all betokening that new cruises were on the start; that one most perilous and long voyage ended, only begins a second; and a second ended, only begins a third, and so on, for ever and for aye. -Herman Melville, Moby-Dick

This past weekend was an anniversary of sorts for Vic and me. It’s been a full year since our first bike tour together, and like last year, we had a unusually mild weekend for riding. Unlike last year, Vic’s hardly a neophyte: his bike, skills, and confidence are all mightily improved from last year’s tentative trip to Newport. He now stops at donut shops.

For the first tour of the year, we headed directly south to New Bedford, taking the train to Brockton, self-proclaimed “City of Champions” to skip navigating out of Boston. Brockton is depressing. While there are a few cranberry bogs to look at on the way, it is for the most part an uninteresting suburban ride and, in February, unsurprisingly bleak.

New Bedford is one of the poorest cities in Massachusetts, always an immigrant port, and has some of the highest unemployment in the state. However, in the mid-Nineteenth-Century it was one of the richest cities in the country and the center of the whaling industry, whose rending of blubber lit the lights of lamps of the nation and supplied the lubricants used in New England’s industrial revolution. Ishmael’s bedding with Queegueg…“You had almost thought I had been his wife”… and the start of Moby-Dick are set here.

Tourist New Bedford is centered around the few blocks downtown that compose the New Bedford Whaling National Historic Park. Primarily a collection of plaques and government dollars to buoy the decay, it’s a quick walk. Of the interesting sites, two stand out and allow you to get out of the cold.

The Seamen’s Bethel is famous for the Sermon of the Whale in Moby-Dick. It’s stark with simple tributes to the many whalers and fisherman lost at sea. The New Bedford Whaling Museum is the world’s largest collection of whaling memorabilia and has the largest model ship, a 1/2 scale whaler, inside. With the immense collection of shirmshaw, artifacts from the many nationalities who’ve hunted whales, and plenty of displays to contextualize Moby-Dick, it was a fascinating look into the hunting of Leviathan.

Now having a night, a day, and still another night following before me in New Bedford, ere I could embark for my destined port, it became a matter of concernment where I was to eat and sleep meanwhile. It was a very dubious-looking, nay, a very dark and dismal night, bitingly cold and cheerless. I knew no one in the place.

We stayed as close as we could to downtown at Captain Haskell’s Octagon House. An easy walk from downtown, Ruth and Chuck’s small bed and breakfast was a pleasure to stay at (delicious warm scones for breakfast). For dinner, we followed their recommendation on Vasco da Gama, as we wanted to try some of New Bedford’s famous Portuguese food. Huge portions and working class prices are a cyclist’s dream. We liked the shrimp mozambique, stewed goat, and salt cod. Vic-I-Can’t-Eat-Carbs couldn’t resist the boiled potatoes and even went for a second piece of bread to dip in the shrimp sauce.

For our first of the season tour, I’ve got no issues on a short second day. We opted for the MBTA at Middleborough and were back in time for hot showers and a beer before it got dark. Today, it’s 10 degrees colder and the wind loud and fierce. Ah, February in New England! It was a great anniversary tour and I’ll look forward to another stop in New Bedford, perhaps on the way to spring camping at Horseneck Beach. 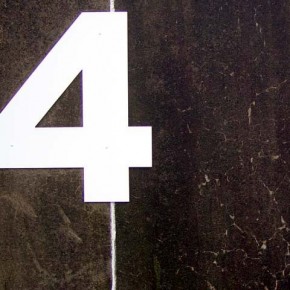 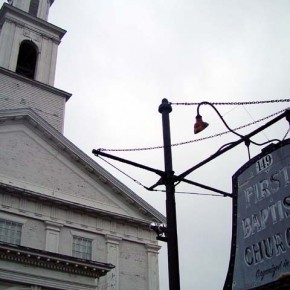 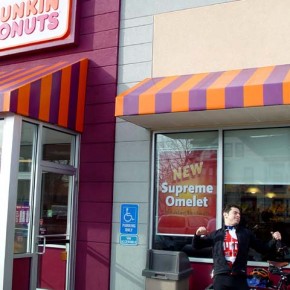 I stayed in out of the rain.

I found your blog while looking for New Bedford images. I’m having digital camera issues and I needed something for my blog. Although less directed than yours, check it out at http://www.newbedfordshippingnews.com.

I’d be happy to provide touring info that goes beyond decay, plaques or government dollars!