I love voting. And I love election night. I’d nearly forgotten about the Primary, even after making my ballot list last night, so was relieved to see a few folks out in our early rain at Denny, waving signs for a candidate I did not vote for.

It’s the government we deserve. With an expected turnout of less than 35%, we should talk about importing democracy right here at home. Plenty of the seats I voted for were uncontested or already determined by party politics. I tend to vote socialist out of principle against the assumed control of the two parties.

I suggested that my principled friend, Pam Mandel, take on Norm Maleng for the position of Prosecuting Attorney. Pam, what will you do about Courthouse Park that is now more popular than the library as a homeless shelter?

The most important seats in this election were for our State Supreme Court. It is typically Western that we elect our judges. We aren’t held hostage by lifetime appointments, but our court, more than most, is influenced by politics and money.

The election results are here. Taking a quick look at them, it looks like Jamie Pedersen will be our new State Representative in Olympia, as winning the Democratic primary in my district means you waltz through the general election. He will be representing the most populous, urban district in the State, the 43rd. He got a total of 1044 votes, spending the most of the six Democratic candidates in the race. He reported raising $165,000 for his campaign, which equals $158 a vote for a part-time seat in Olympia. 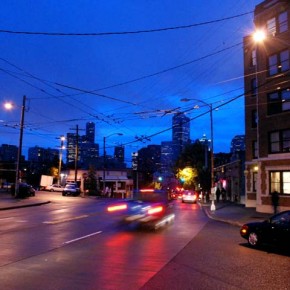 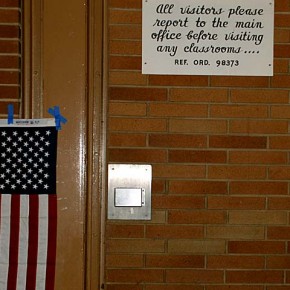 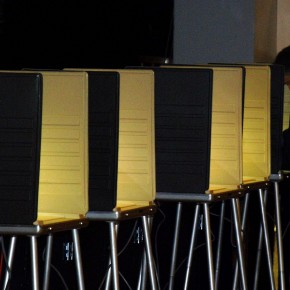 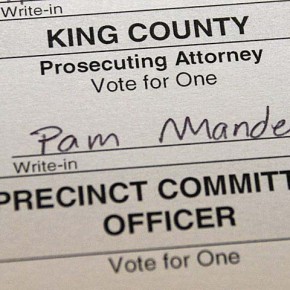 Why Not? I vote Pam.

I think I’ll be setting up an outreach booth in that park. We’ll be handing out brochures that help the homeless access what limited services are available to them in our city. And we’ll also give them sandwiches in case they’re hungry.

But is that really my gig as prosecuting attorney?