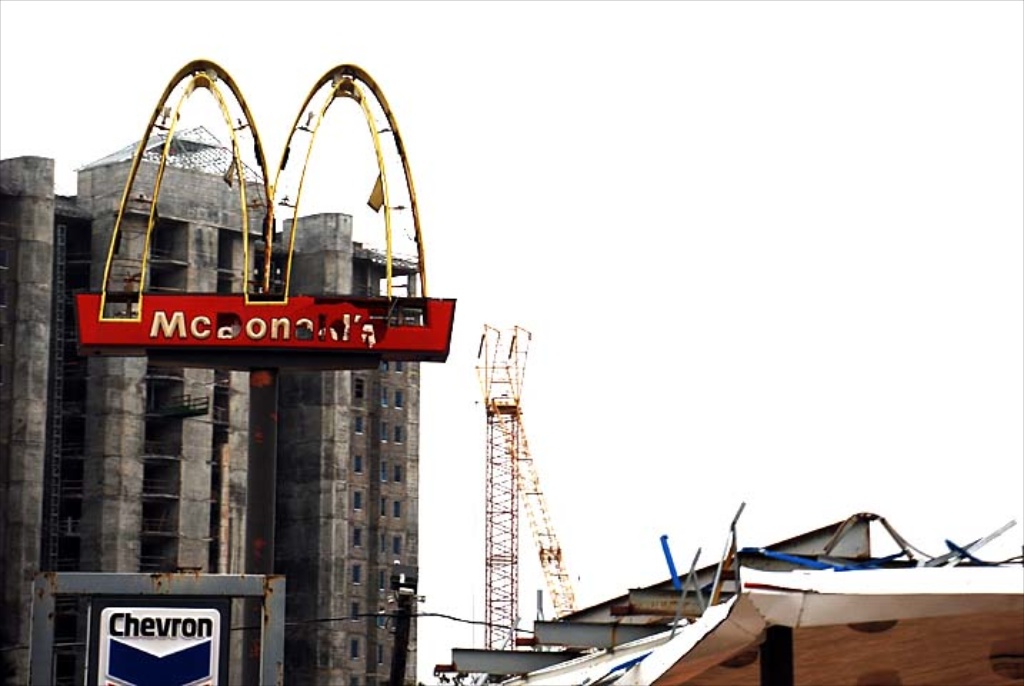 I don’t think I’d have liked Biloxi much before the hurricane. Casinos, fast food joints, and tictac shops lined the beach along Highway 90. Most of that was blown away last year. It was depressing and overwhelming to see how much work remains to be done. The snapped off highway signs and blown over benches haven’t even been righted yet.

Katrina though could have been an opportunity for sensible renewal here, though it likely won’t be. It makes me angry that once again building is happening on these beaches that soon will once again be destroyed, and once again our tax money will go to subsidize these private business and ownership.

A half a mile from the beach, it looks like business as usual. Some of the worst traffic on our trip was on the four-way highway out of Gulfport, clearly not designed to handle the holiday crush at the outlet malls. Clearly, there’s no way these towns are back to “normal” but should normal mean the beach is redeveloped and rebuilt just like it was?

Instead of Federal money going to rebuild the Waffle House, the Feds could be snapping up the land. It would save us money in the long run. With the right development pattern, let’s say a few large access lots, souvenir shops in the boarded up downtowns, and low impact bicycle paths along the highway, it could give the folks of Mississippi a fair access to their beaches and help repair their environment. Most importantly, lower repair costs the next time a storm lashes the coast.

Will that happen? There is no indication that it will. The lots are being cleared and sold, new condos are being built, and the casinos (a prime employer in the area) are already up and running. 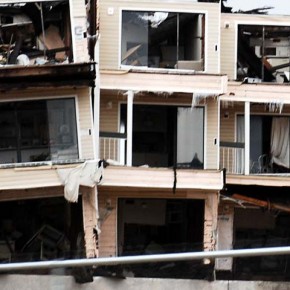 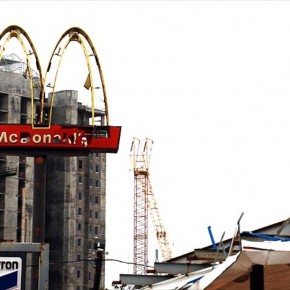 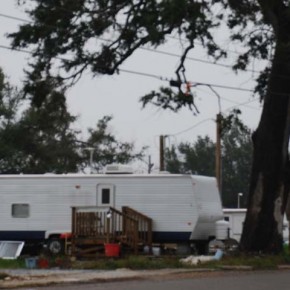 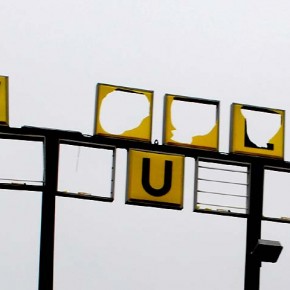 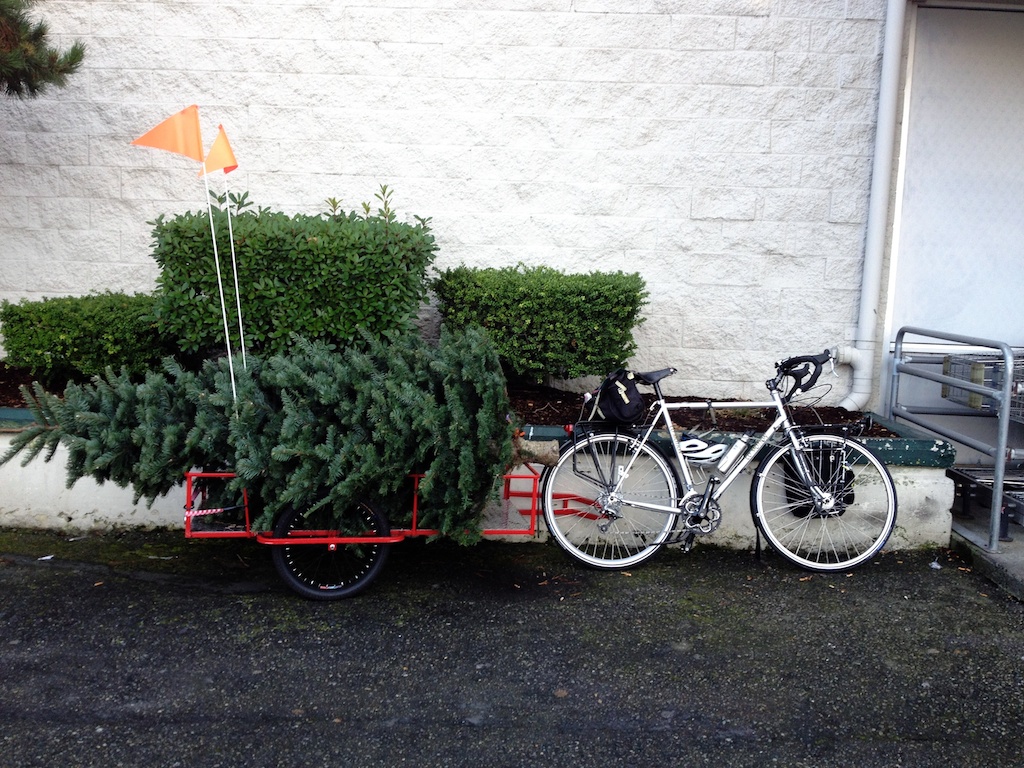 good. don’t come back. don’t ever go back to biloxi. we don’t need non-capitalists like you down there. stay in seattle. Yank.

But clearly you need my tax dollars.

We dont need your tax dollars. We are being helped by considerate volunteers. Most of the money used to rebuild have come from these volunteer organizations, insurance companies, and our state taxes. Our state taxes come from our pocket, not yours, and businesses who reside here. Everyone pays taxes, so stop thinking your doing us a favor. About 300 billion dollars worth of US taxes are wasted every year, so why not complain about that money. And, if you do not live here, do not mock our city. Dont like it, stay home!