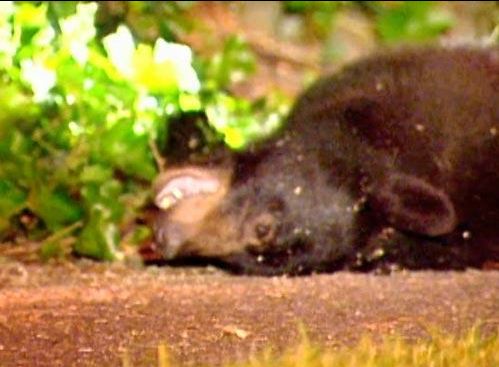 The world is full of many hazards. No matter where Vic and I wander, if his mother knows in advance, she warns him “Watch for the Osos Grandes!” How she has become fixated on giant bears mauling her only boy, I do not know.

Imagine my surprise, when yesterday the police finally found and killed a bear two miles from my house. How did the bear manage to get into Seattle? Where did it come from? How long did it take to walk from the mountains to the University of Washington?

The outcome was very sad, as it appears the mix of traquilizers, electric shock and being chased by over 20 cops caused the poor thing to have a heart attack. After weeks of living off garbage and frat house pizza, it’s likely the bear would have had to be killed anyway. Too bad, as I like the idea of this smart bear getting to star in movies or be airlifted to Alaska.

Vic just bought tickets for Memorial Day and we don’t have plans to leave the city. For the sake of worry, I hope his mother did not see this news.