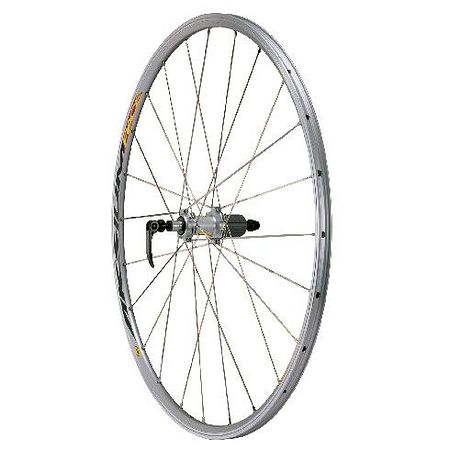 The bicycle wheel is an amazing thing: more so in racing. A delicate swirl of thin spokes tensioned to the rim, its strength belies it delicacy and lightness. Wheels are often the one of the first serious upgrades a recreational rider will experience and it often comes with sticker shock.

With touring and the type of commuting I do, I have a beefy 36 spoke count. I need this because I’m a big guy carrying plenty of luggage and ride rough, pot-holed streets. Every now and then, I’ll notice a slight-offness to my ride, maybe a wobble, maybe a brake rubbing. On examination, sure enough, my one of the wheels have fallen out of “true.” This week it was one of my rear wheel spokes that had snapped. With just one spoke missing, the entire wheel starts to lose its tension, the rim its strength, and quickly you can go from “bomb-proof” to catastrophe.

Taking my wheel in for repairs this week had me thinking about Floyd Landis.

Adults lie. It’s a necessary skill that we must negotiate. As we mature, we learn what’s acceptable and which would actually shame us. Our integrity is a bit like a wheel, delicate but strong, and if perfectly aligned better for its many parts. Maybe, we can get away now and again with calling in sick to work to go riding, or skipping a party with a feigned commitment, but it we did it too often, everyone would notice and it’d be a bit like breaking spoke. Your credibility would be strained, and lacking the right tension, would come undone. It would be difficult and costly to repair.

Floyd Landis, with his positive B-test, is proving to be a liar. I’ve got a bit of experience with folks who believe their own lies, and so I don’t doubt that he rode in to Paris, exhaulted in a well-deserved victory, instead of a secret sense of shame. The whole time, it’s like he was riding on cobblestone with a broken spoke, and it’s sad now to see that how one lie, badly picked, can undo the whole. Better and more manly to admit the truth and get on with things than hire a lawyer to change the daily reasoning for finding synthetics in his blood. At least he’d be truing.

There are many sad things about this episode.

The unlikely runner-up, Oscar Pereiro, who displayed humility and determination to keep his lead with his own once-in-a-lifetime time trial, will now have an asterisks next to his victory, and while he’ll claim the money and start next year in yellow, his one chance to ride down the Champs Elyeese is gone.

Landis’s parents, God-fearing Mennonites, shoved into the limelight, first with his victory and now in his fall, what must they think about the world outside? Their wayward son’s hometown parade shelved. I admired their reticence to show any sense of pride in Floyd’s accomplishments, and now they look wiser for it.

The 17th stage ride, alone and attacking, was for me an inspiration. No one admits that there are drugs that would have made that ride, after his collapse the day before, as stunning as it was without some mental grit, but for me it’s a tarnished, ugly thing now.

The Phonak domestiques, riders who have no chance ever of winning the Tour, who toil to keep their leader in contention, doing things like riding in front to block the wind and chasing breakaway riders. What must they be thinking? Something along the lines of “I just rode 3,000 miles and destroyed my body for a phony.” Phonak is a notoriously drugged-up squad (with Tyler “Must have been a Body Double” Hamilton as the poster boy of dopped liars). They were weak this year, often not able to lend a hand to Floyd, but then when we know what we know now, why would you want to?

Floyd’s career is over. He’s been fired by his team. He’ll be rightly striped of his Tour victory, that one thing he has worked his short life to achieve. More importantly, his credibility is gone and he will never get it back. The saddening truth is what started as one small lie, who knows how long ago, like a loose spoke, has undone his integrity. It lies there rattling and tragic, like busted rim. 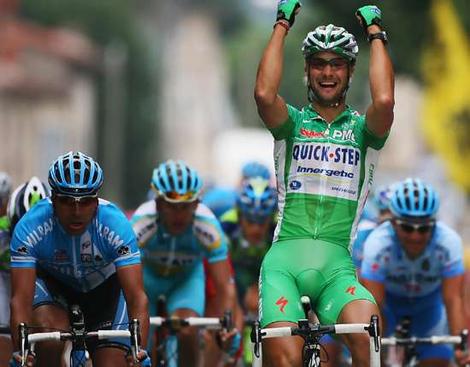 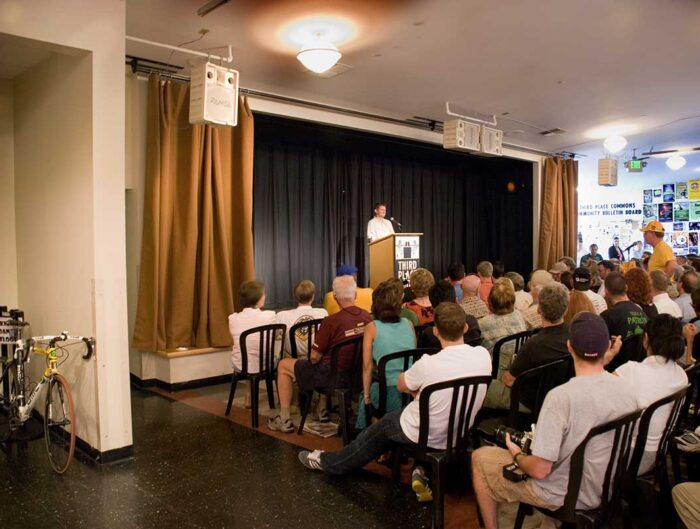 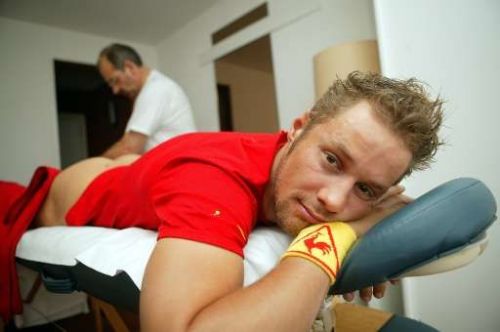