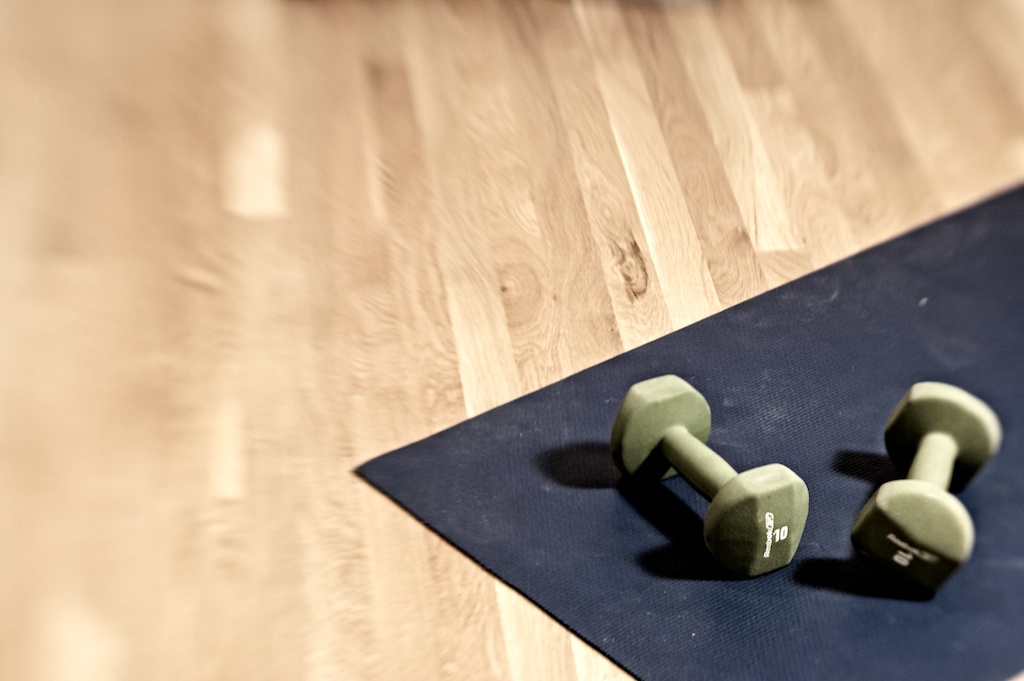 “So what’s the chair for?” I asked Wes.
“That’s for power lifting.”
“Isn’t that what we’re doing?”
He laughed a bit too hard, “Um, no, not quite.”
“Well, that’s what I’ve been telling everyone.”
“If that makes you feel better.”

I’ve been power lifting with Wes for the past six weeks. Wes likes motorcycles and football and is my personal trainer. He is kicking my butt.

I’ve never liked weight-lifting. I don’t like gyms too much either. I’d never lift a dumbbell in my new gym without Wes close by. Being close to Capitol Hill, it’s filled with Muscle Mary’s, who with their sculpted bodies and heavy cruising, intimidate the hell out of me. I’ve always been more comfortable hiding most of me under the waterline of the pool. Besides, I find it way more sexier to swim a mile or two, and useful too, because let’s face it in the event the ferry sinks or the bride collapses you have the skills and strength to swim away.

Wes has me do plenty of hard things and we’ve finally started putting weights on the bench press bar. He is working my isotopic abs and other mysterious muscles I’ve never seen. He lets me hide behind a wall when doing push-ups on my knees so I don’t blush too much at my weakness. I lift things, I jump around, I run up stairs, I hop on poodle-stands, I lunge, squat, pull, and drop. And I recently noticed a muscle he calls my tricep. Impressive!

Of the many moments of small horrors, the most embarrassing moment so far involved a exercise he calls “Catapult”. In this exercise, I sit on a Swiss ball (it’s like a very large kickball) and from across the room, Wes tosses a medicine ball at me (this is also like a kickball, but heavy). I catch the ball, and using my “core strength”, extend backward over the Swiss ball, then toss it back engaging my “abs”. No Problem! Except unbeknownst to me after a few tosses, he picked up a heavier ball and speedballed it at me. I fell right over. He is sneaky that way.

Being real here, I’m totally dropping bank, but by personal trainer standards, Wes’s time is cheap and this is no LA. It makes me feel embarrassed at my own shame and laziness. I am hoping that in a month or two, I’ll have a bit more desire and discipline to do many of our workouts myself, but thus far, it’s money well spent as I’ve been bored with biking and I’ll be able to lift refrigerators with one hand soon enough (another useful skill). I’m actually enjoying going to the gym and look forward to it.

Oh, and one other thing. The totally hot pizza boy, he can lift heavy things but he barely swims. And that dude wearing mascara and changing into fishnet stockings, he not only lifts heavy things but swims circles around me. Being the competitive jerk I am, that has got to stop.