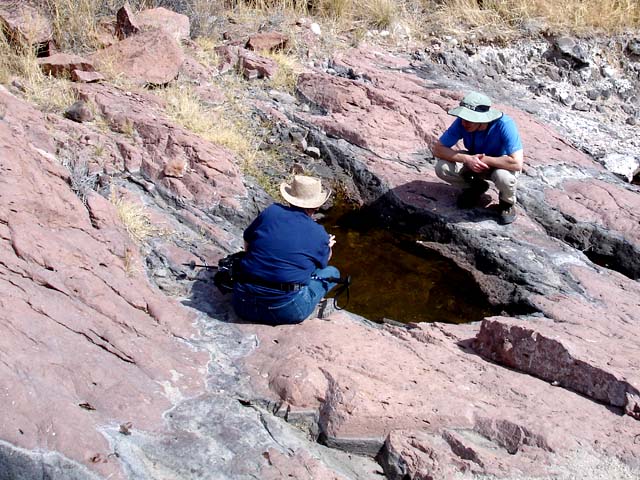 North and east of the Imperial NWR is Kofa NWR. On our last full day, we piled into the truck and headed out to look at some natural water holes, “horsetanks”, and some petroglyphs. While the Imperial lines the river and exists primarily due to the water, Kofa has almost none but contains nearly twenty six times the land. It contains two rugged mountain ranges and is an important habitat for bighorn sheep.

Before heading in on the rugged 4WD track, we stopped and chatted with the volunteers who dry camp. Dry camping is often the only option out here. They pull a water tank, have a tank for sewage that is hauled out, and generate electricity using a windmill and solar panels.

The petroglyphs we looked at were small, faint, and overshadowed by graffiti from the the 1920’s. They were etched into the desert varnish, which is a black oxidized overcoat on the rocks. The effect of the drawing is the same as that elementary school project where you draw on a piece of paper, then color it with black crayon and etch through.

In a narrow wash a small series of rock pools contained rainwater. The shallowest pools were like tidepools, filled with tadpools. The larger ones were deeper than our hiking sticks. They contain a colony of endangered frogs that are being bred for a location in northern Arizona, though we only saw one as they blend into the environment and are the size of a thumbnail. 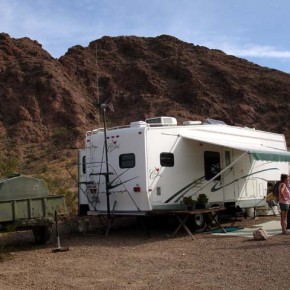 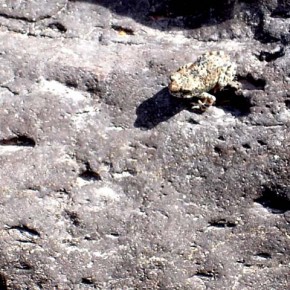 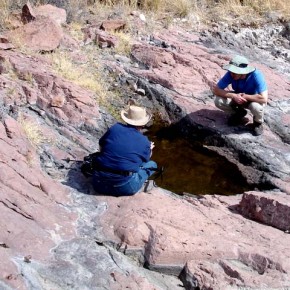