I’m Going to Tell You a Secret

Confession: If I got to do things over and differently in my life, I’d gladly be a dancer on tour with Madonna.

To say that Vic was giddy would be an understatement as Madonna’s Confession tour set the Boston Garden sparkling with a giant disco ball. With her tightly choreographed show, the bit I liked best was the parkour routine: yet again, Madonna taking what’s hot from the world of subculture and blowing it open. I’d like to do parkour. I’d even just like knowing someone who does. It is that cool.

Yep, she hung on a cross constructed out of mirrors like a disco ball. She did not actually crucify herself. Yep, she made fun (or horror) of her recent horse accident depending on how you feel about giant videos of horses tripping. And yes, she wore some tights and a cape that said “Dancing Queen”.

What surprised me was her political stance: nods to gay love, the toll of AIDS in Africa, and a giant montage set to the theme from “Sorry” comparing George Bush to other famous dictators and demagogues. I guess I never thought of Madonna as an inspired artist making political statements. My bad.

After the show, and a time goes by so slowly ending with a crowd sing-a-long, the party moved to the bars of Canal Street. Most of them were blaring Madge’s big hits and packed with folks, much like Victor, who could not help but take the dancing to places that I suspect normally aren’t packed with 40-year olds, shaking booty and vogueing. Good times!

Here’s one other confession: The last major concert I went to was Cher in Amsterdam. And that, my friends, is so gay. 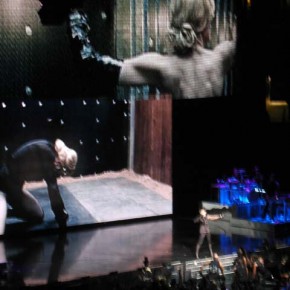 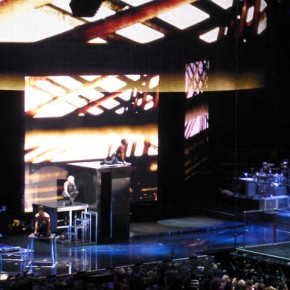 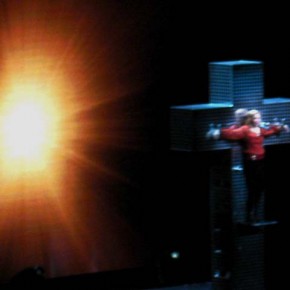 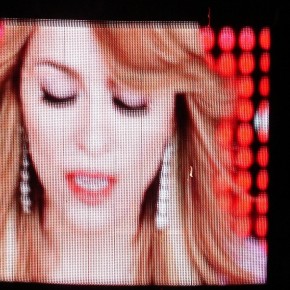 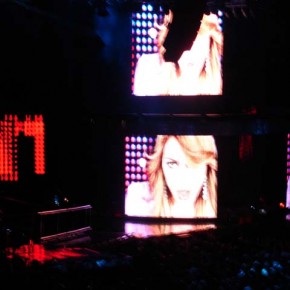 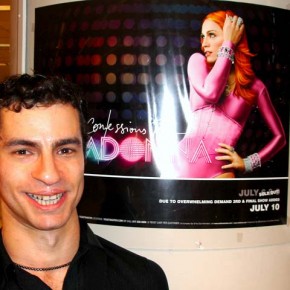 A boy can dream