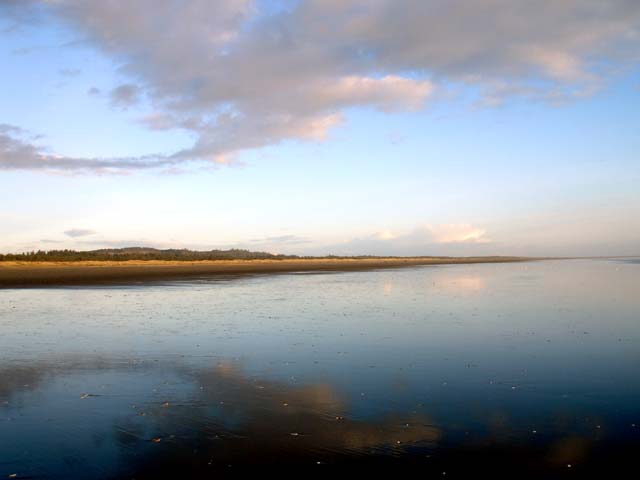 While work certainly gets in the way of actively blogging about life, thankfully, it does little to get in the way of having a life.

Grayland is a small town on the Pacific Ocean. It’s about 20 miles Southwest of Aberdeen and there’s not much there. Some cranberry bogs and a bar where the locals play a mix of Johnny Cash and “New Country” while eating fried oysters or tacos.

There’s one extremely sexy ranger at Grayland Beach State Park. They have plenty of other helpful staff though and it was swell to stay there in yurt with my pal Lisa. Lisa and I “girl talk” and then cuss like sailors. These annual beach holidays seem to a new tradition. While in the surfer town of Westport, we got chatting with a woman who sold us salmon just out of the smoker. She gave us tips on barbecuing oysters though she was out of them.

The next day, found us at Brady’s.

Jeffrey at the Harborside Inn told us, “Oh, you’ve got to eat Brady’s. They don’t live on the bottom, they suspend them on ropes or something, so they are super clean. There’s no grit in them at all. Tell them I sent you.”

And he was right. With my new oyster knife, I gave shucking a try on a dozen small kumamoto oysters before giving up as night fell in bloody frustration. The ones I got open, perfect. The ones I could not figure out, to the grill. We added another two dozen of the largest oysters I have ever seen to them for a serious feed.

Barbecued oysters are now one of my favorite foods. I would very much like to go bicycle touring where an essential piece of gear is the oyster knife and a bottle of tabasco.

Two days at the beach 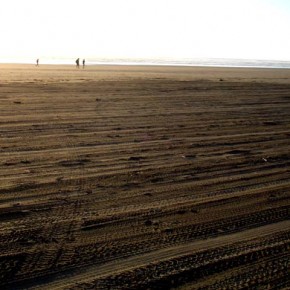 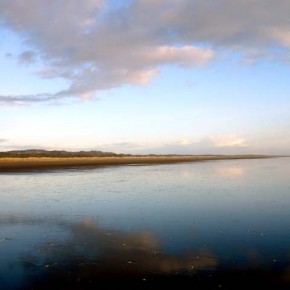 I’m so curious about BBQd oysters now! I’m adding that to my list of things to try…