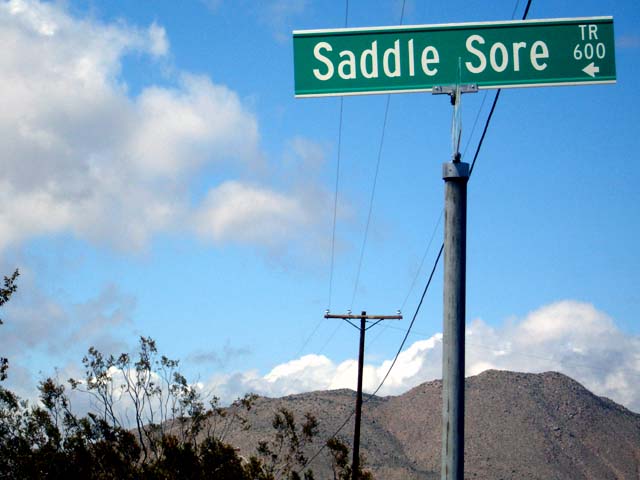 At the bottom of the Banner Grade is the desert. For the folks up in the lofty air of Julian, “dropping to the floor” means a trip east toward the Salton Sea.

About a mile after the turn to State Road 2, which heads south toward Ocotillo, there’s a small collection of houses, trailers, and bleached stuff. I can’t recall if the folks have named it, though it’s on the old Southern emigrant trail, so I suppose it at least had a name when it was a stage stop.

With nearly nothing but extreme heat and cold to occupy their time, a few of the locals have an abundance of humor.

A sign in town proudly marked a “historic” Cat House though noted, “Due to hostile Indians, heat, wind and an acute shortage of girls”, the business owner was forced to reevaluate his plan, and “nothing much has happened here since.”