A Volcano in a Whirlwind 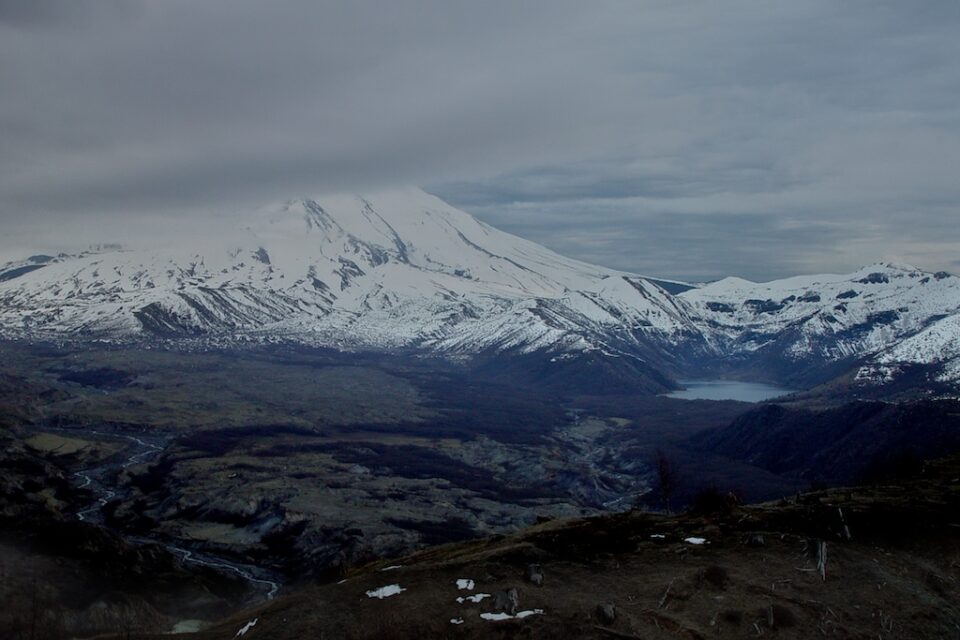 Mount St. Helens was never one of the the largest of the Cascade volcanoes, but since 1980, is likely the most famous. I’ve been near it a few times, most notably the brutal Tour de Blast, easily the hardest ‘fun’ ride I’ve ever done. After a day of work in Portland, Oregon last week, I took the rental car and headed out 504 at Castle Rock to see what I could from the road. I’ve hardly been outside since arriving to Seattle and a bit of outdoors would do me good before a few weeks in Boston.

The Johnston Ridge Observatory is still closed due to snow and the road hasn’t been opened. I saw three herds of elk on the way up. One far below in the scourged Toutle River, and then two quite close. It would have been swell to have Vic along as elk are his totem animal.

I’m now back in Boston. And it feels a long way from these pictures. 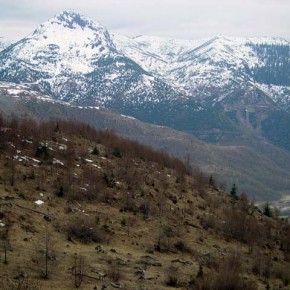 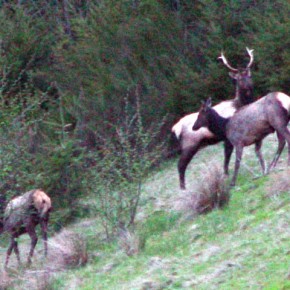 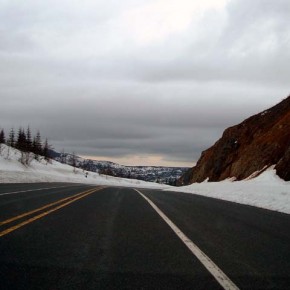 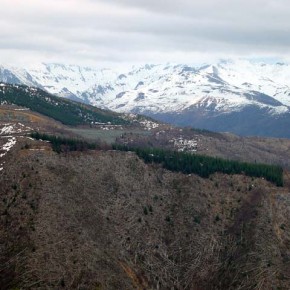 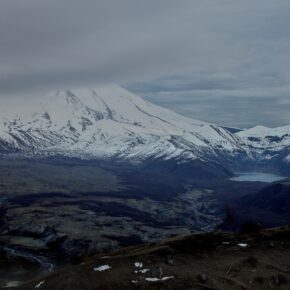 Here’s a shout out to Scout, another cycling blogger from Portland who clued me into Voodoo Doughnuts. As a donut gourmand, I would say that the popularity of Voodoo is tied to it’s unique Portland-esqe atmosphere as much as the donuts. Downtrodden and edgy in a way that you really don’t find Seattle cafes anymore, lively with punks and hangeroners at 11 pm on a Wednesday night. This hole-in-the-wall near Old Town did make a fine yeast donut, but the cake donut had nothing on that Seattle sophisticate Top Pot.

I’ll be the first to admit that Voodoo isn’t the best doughnut place in the world, and definitely one of those things unique to Portland and its incumbent weirdos (myself included).

However, they make some mean vegan doughnuts (the blueberry is spectacular), and an apple fritter larger than my head. Also, there are the famous Pepto Bismal or No-Doz doughnuts, which serve their own mutant purpose.

[…] Yesterday, I completed the Tour de Blast ride, going from the town of Toutle up Mt. St. Helens to the Johnston Ridge Obervatory, which has an amazing view of the blast zone (alas, low-lying clouds prevented me from catching that view first hand, though you can see an older pic here). […]