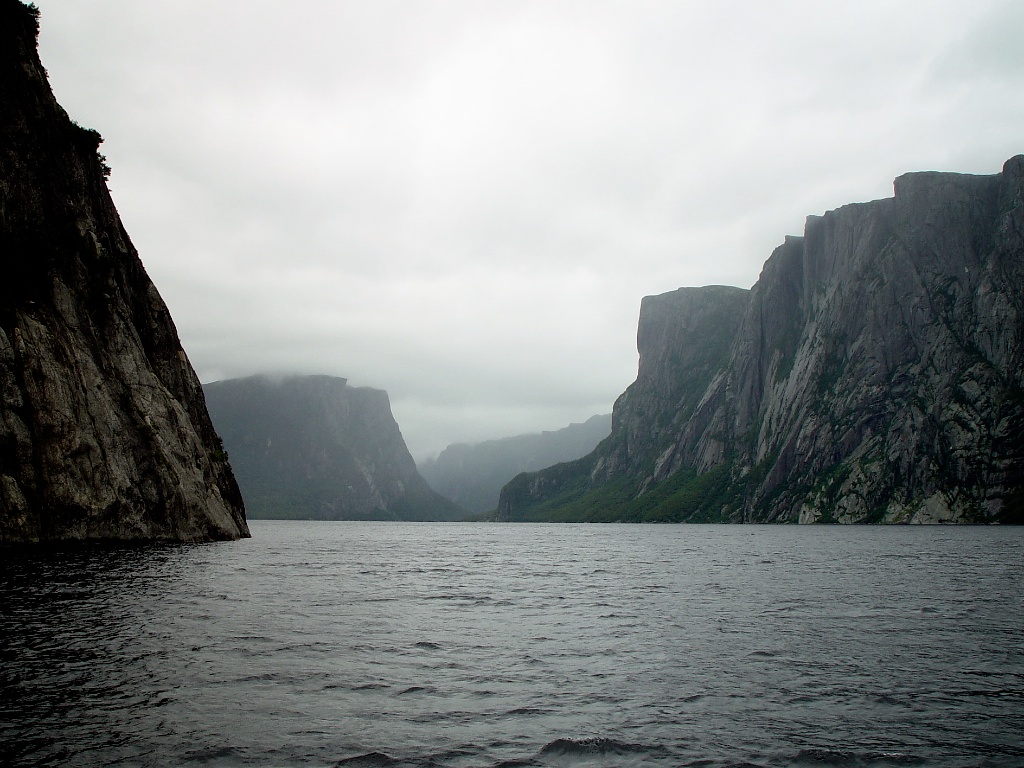 Bonne Bay essentially splits Gros Morne National Park in two. Cyclists from the south have it easy as they can skip the biggest hills by taking the short walk-on ferry across the harbor. After biking a hill the locals call “The Struggle,” Vic and I had no regrets missing a few hills.

It is odd how a bit of rain and strenuous activity can calm one’s nerves. Starting the day, I felt like hugging Victor’s neck with both hands. I needed some alone time and had not been getting it. We made the ride over on the ferry, but dallied too long getting groceries in Rocky Harbor to ensure we’d make it to the top of Gros Morne Mountain and back to camp before darkfall. I was hateful and aggressive by the time we got to the trail head. There, we compromised on a plan to hike the long way around so that we could turn back, if needed, to avoid riding in the dark. I told Vic this is what I was doing, with or without him, which, of course, is horrible back-country manners. As it turned out, the turn-around “pact” was soaked by rain and pointless. It’s impossible to get out of the weather when you are surrounded by three-foot trees. Suddenly, I stopped loathing Vic: he was warm and composed.

Now feeling inexplicably friendly toward Vic and everyone else, we joined a couple we’d met earlier in the week for dinner in a small cabin for dinner. Chris and Susan had shown up the same morning we’d bussed from St. John’s looking ill-prepared for a trek around Gros Morne on their oddly-loaded bikes. Turns out, they’re real pros and have plenty of week-long trips under their lo-fi belts. They had candles, which made our little dinner cabin extra sweet and drier.

Western Brook Pond is an ex-fjord. It’s what they call an ultraoligotrophic lake. This means the water is so cold, clear, and pure that it’s nearly lifeless. It doesn’t even conduct electricity well. We made a mad dash up the coast to get there in time for the boat tour, only to have the boat delayed due to fog. We did get in a boat, but spent most of the time huddled inside the cabin in our “Now-that-you’ve-stopped-you-must-freeze-to-death” Lycra. I had pains of jealousy, watching a couple get of the boat at the end of the Pond to do a five-day backcountry trek across the bogs to Gros Morne Mountain.

North of Western Brook Pond, the road goes strangely flat against the Gulf of St. Lawrence. The water has a green hue I associate with the Caribbean. Cyclists normally travel this road heading north to avoid the headwinds. The traffic is light, the fishing communities small, while the escarpment of the Long Range adds drama on your right. If the weather is good, it’s as close to perfect cycling as one can get.

On the northern side of Gros Morne park 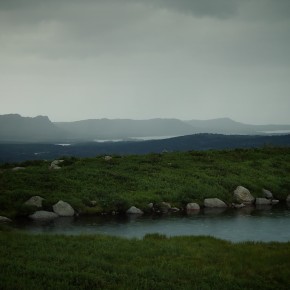 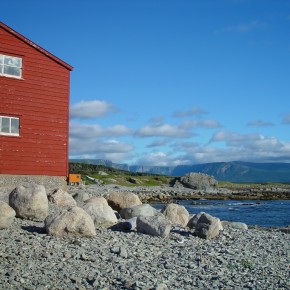 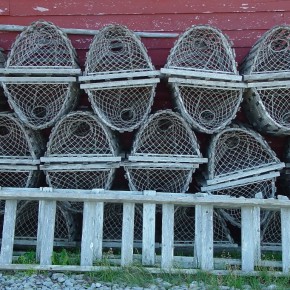 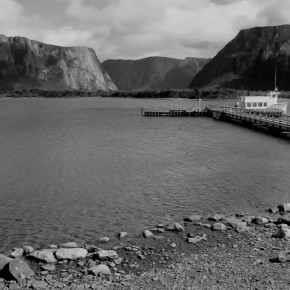 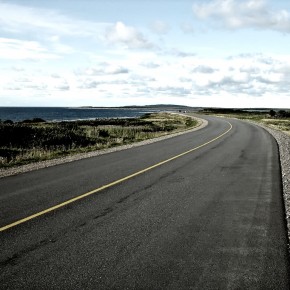