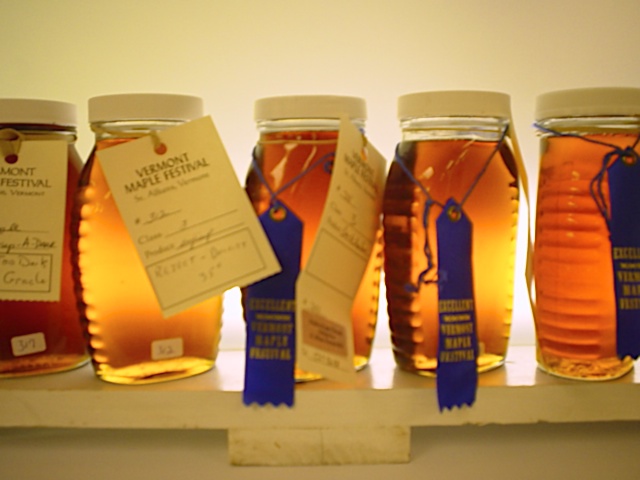 Sometime in January, after the calendars went on sale, I picked up one for Vic and me to write down trip ideas and keep an eye on things to do. I brought it home but, oddly enough considering there is no art on the wall, never found a suitable place to hang it. The theme is “New England Activities” with typical seasonal pictures and a sidebar featuring home shows and craft fairs.

We found out about the St. Albans’ Vermont Maple Festival through the calendar. It is a small village about 30 miles north of Burlington, close to the shores of Lake Champlain, and a bit south of the Quebec border.

I was interested in three things at the festival: maple donuts, seeing syrup tapped and boiled, and the Fiddler’s Variety show.

1. The maple donuts were the size of a child’s head and covered in whipped syrup. They were delicious. It’s harsh to say, but St. Albans needs a diet. Perhaps folks eat too many donuts while shut-in during winter. I’m hardly a small person and could easily drop 20 pounds, but there are very large people in northern Vermont who make me look anorexic.

2. We rode the school bus to Gary Corey’s sugarhouse. Being a bit naïve, the festival occurs after the season is over and people stop working. Gary was super nice, but I’m not sure I learned that much about the process. What surprised me was the surgical tubing from the tapped trees tied into larger PFC pipes flowing directly into the sugarhouse. Gary makes gallons of maple syrup.

3. After a tasty, inexpensive dinner in Burlington at the New England Culinary Institute, we drove back to the fiddling show. Is there a better way to spend couple hours on a cold, wet night? We listened to New England-style fiddling in the high school auditorium, saw a bit of step dancing and even heard a set of harmonica by an old man with hips of Elvis. I particularly liked the sweetness of Franklin’s tunes and a young Quebecois fellow, Danny Perreault, who ripped through a set of French-Canadian tunes. Vic’s been converted and we bought a CD to drive around to the next day. We were close enough to the border that quite a bit of the show was in French. It makes me excited about biking through Quebec later this summer.

The skies cleared on our Sunday drive home. We motored down Route 22 on the New York side of the Champlain Valley, which eventually gives way to the Hudson. We tried stopping at Shelburne Farms, Ticonderoga and Saratoga, but not much is open as everyone waits for the Mud Season to end.

The highlight was stopping at the Crown Point Bread Company in Crown Point, NY and meeting Yannig Tanguy. A young fellow with wild bed-head, he’s the baker in the checkered pants and into fiddling. He pulled out an erhu, in other words, a Chinese fiddle, for a quick demonstration. There’s an old Chinese fellow who busks in the T with one of these, but Yanning faltered out a compelling, if odd, version of Ashokan Farewell and Soldier’s Joy. Though my fiddle was the car we had to get home early to return the car, so I regret not spending the afternoon jamming with Yanning and his Upstate friends. As for my turn on the erhu? I subjugated the locals in the café to well-known Chinese torture.

Contining through the spiritual center of the Shakers at Mt. Lebanon, New York and into Massachusetts in Pittsfield, you can’t help but feel that Pittsfield’s glory days in the center of the Berkshires appear long past.

While we decided (and I’m glad we did) not to bring the bikes, almost everything on the New York side looked great for cycling. Wide shoulders, not too much traffic and rolling farm country combined with plenty of historical markers on the campaigns of 1777; both Vic and I chattered about finding the time to come back on two wheels. A fair bit of our drive was marked with NY Bike Route 9, which continues through the famed heart of the Hudson south of Albany before making its way into Manhattan. It would be quite a ride. 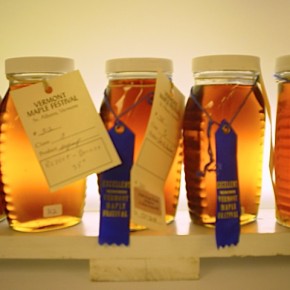 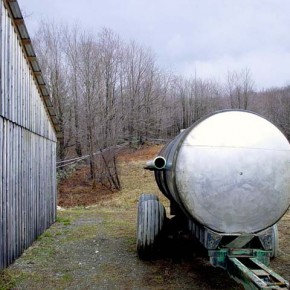 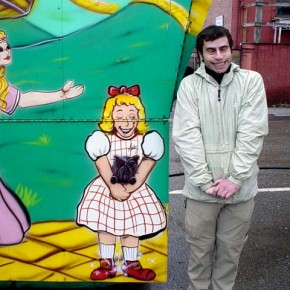 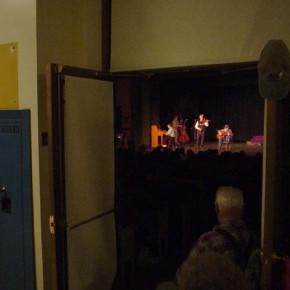 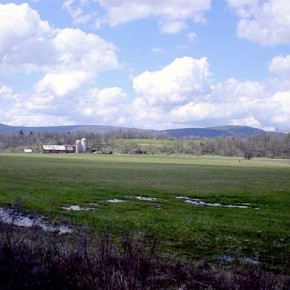 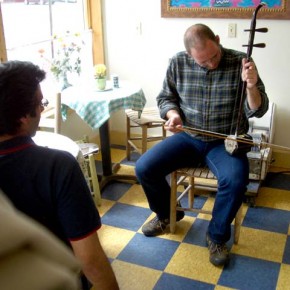 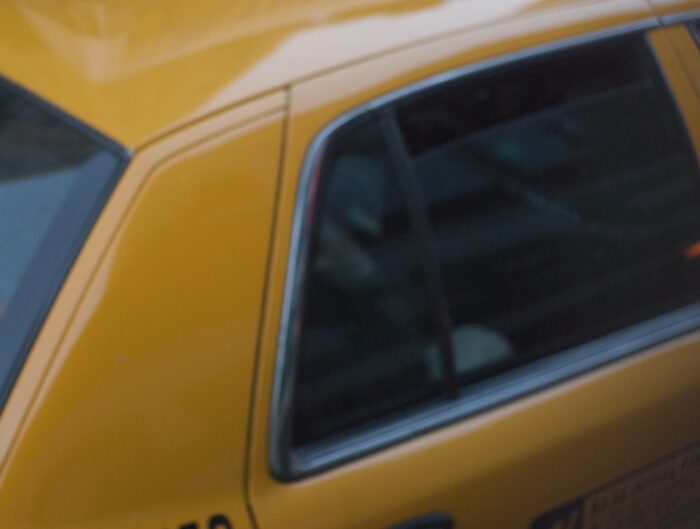