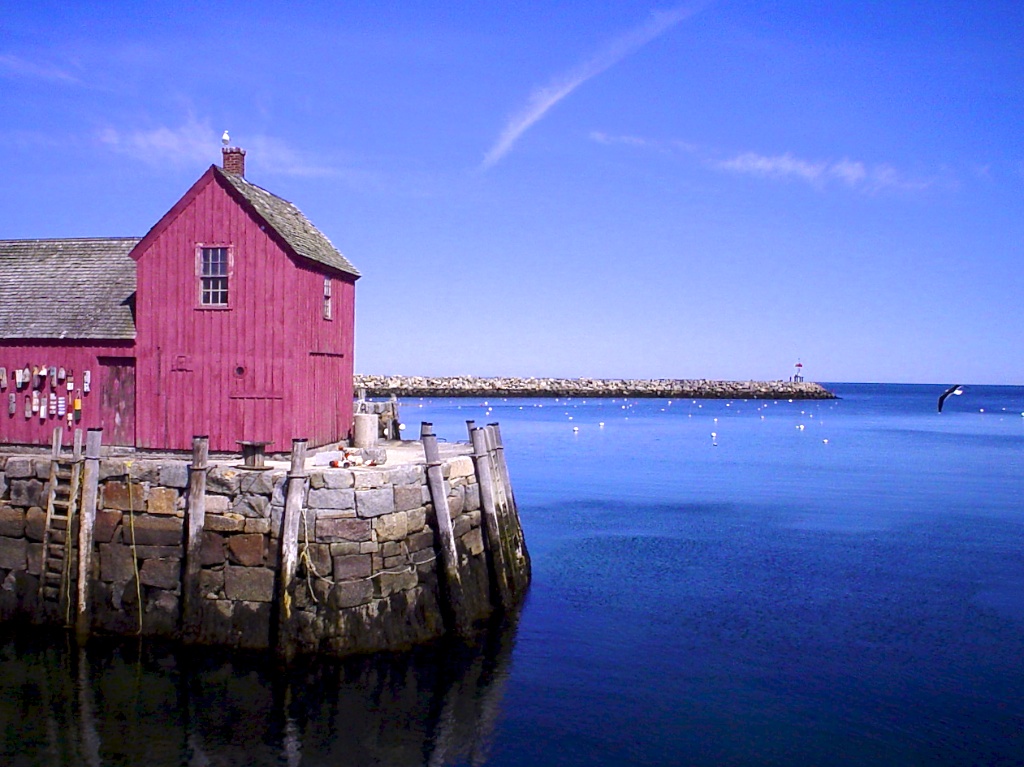 Starring out the window on the way north to Newburyport, the snow was getting deeper and deeper. Normally, I’ve already put in the peas, the daffodils are in full bloom, and I’m thinking about ordering chicks. Alas, spring comes much later to New England and I’ve got a bit of cabin fever. It is true: I’ve been whining.

With the weather finally above freezing, Vic and I bundled up for a weekend credit card tour of the North Shore. This refers to most everything on the Atlantic Ocean north of Boston to Newburyport which is close to the Massachusetts border. While most of the farmland has been replaced with one acre lots and suburban sprawl, the center of the old villages are mostly intact. They all have a bit of done-upness with boutiques of womens clothes, ye olde fudge shoppes, and watercolor galleries, but they are also still working towns based in fishing and clams. Not quite as touristy as Cape Cod, it still must be horrible traffic jam in the short months of summer as people swarm the beach towns.

It was cold, but the roads were clear and as long as we kept moving, warm in the sun.

After getting off the train in Newburyport, we headed out on the bumpy road to Plum Island at the mouth of the Merrimac River. I felt less geeky about yelling to Vic to stop so I could spy on birds after we visited the Audubon birding center at Joppa Flats. I’m not sure I’m going to be able to talk him into a going with me to a banding station this spring, but I’m thinking he’ll need his own binoculars and canvas hat soon enough!

Though the clam towns of Ipswich and Essex (terrible potholes), we arrived in Gloucester with enough daylight to find a Bed & Breakfast. At the moment, it’s known as the fishing town of The Perfect Storm, so it seemed appropriate to drag Vic to some dingy fisherman bars and to see a good-time rock’n’roll cover band though he doesn’t drink or know who Chuck Berry is. There are still plenty of fishermen in Gloucester intent on having a good time.

Yesterday, I wore my fingerless cycling gloves for the first time since October and started the morning without my skull cap, though after a few rolling hills, I made a pretense of looking at birds and snapped it on. The highlight of the day was having lobster benedict above the square harbor of Rockport. It is exactly what I thought New England would look like. Though it looks immense on our Rubel Maps, Cape Ann is actually quite small and close to Boston. Our leisurely ride around the Cape, stopping for walks on the beach and to look at the scenery, was a mere 23 miles. I put away the summer gloves in Manchester By the Sea, had some coffee and caught the train home just before dusk.

The 10-day forecast calls for snow on Wednesday. After that, it’s rain, sun and just below freezing at night. It is mapleing time and I’ve noticed the tips of daffodils are out. The Charles is thawed and the crew teams are training in the evening when I am walking home. After we unpacked, I couldn’t help myself and pulled out the atlas during dinner: time to plan the next trip.

Next Tour: Massachusetts Cheese! (with a side trip to Vermont?)
When: April 2 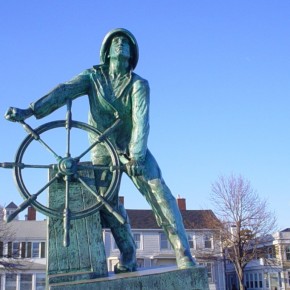 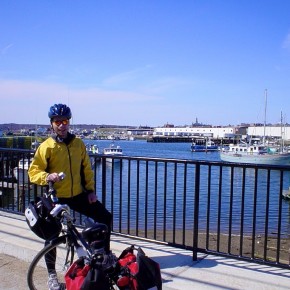 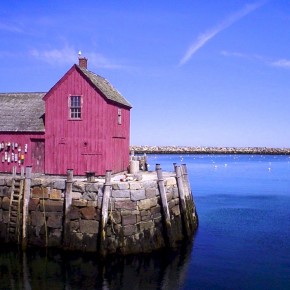 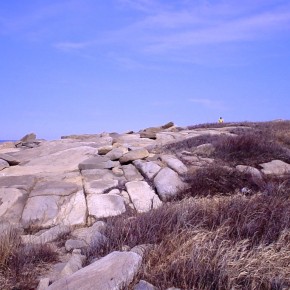