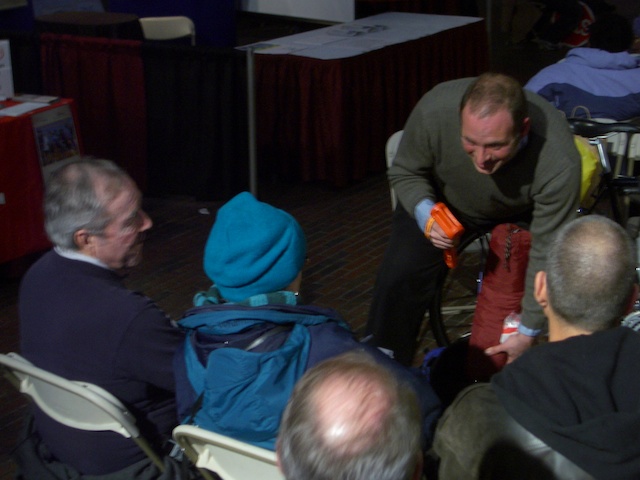 For the past two days, I’ve been spending my afternoons at the Boston Bike Show chatting to folks about bike touring. At this time of year in New England, we are all still in the dreaming state about bike season. It was snowing quite hard on Saturday, and Vic and I received a warm welcome after brushing the snow off our bikes. Everyone was there: the racers, the messengers, the punks, the mountain bikers, and yep, those folks thinking about touring. The show was a great opportunity to meet lots of people and talk about how to get started touring and to hear what the concerns were: what bike? what gear? how to pack? It was cool to hear about all the upcoming trips people were thinking about: cross country, cross Massachusetts, Shenandoah Valley, Big Sur, France, China. You can bike anywhere.

Until this weekend, I haven’t suffered bike lust in a few years. The Co-Motion touring bike is a wonder and certainly has some interesting features that my Rodriguez tourer approaches differently. While there was no drawing to win one (Drats!), I did get my name in the hat for a chainless bike from Dynamic, that would be fun around town and probably pretty nice in the grimy salt of Boston as it looks sealed up tight.

It commonly takes about 80 days to bike across the country. While at the show, I chatted with Patrick Autissier who is attempting to raise a whopping $2,000,000 for HIV vaccine research and riding the RAAM (Race Across America). That is, he is planning to bike across the country in 9 days! The race begins in San Diego, the folks bike 22 hours a day, and about half of the 3,000 entrants end up in Atlantic City nine days later. Even driving at that pace sounds exhausting to me.

We picked up lots of great maps. Vic is excited by the Route Verte in Quebec and I’m still all nuts about the coast of Maine. Perhaps most useful was a map to the western suburbs of Boston that will be handy as I ride the loaded bike to some lectures at REI.

I’ll be at Reading on Wednesday, March 23; Boston on Tuesday, April 12; and Frammingham on April 13. It is a great way to lift and handle a loaded touring bike and learn about packing them. All clinics are at 7:00 pm.

One last thing, the show was held in the Cyclorama. That I love, considering how much of my energy has been spent looking at and for the remaining panoramas of the 19th Century. This one held the “Battle of Gettysburg,” which is now displayed at the Gettysburg National Park. I wonder how the ride would be there? 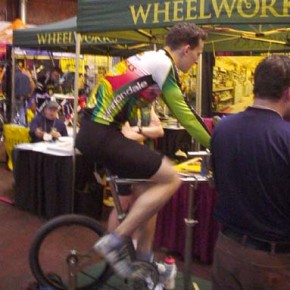 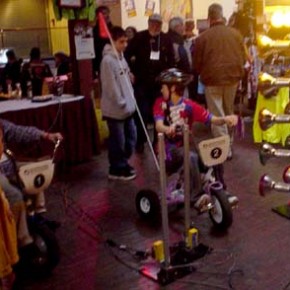 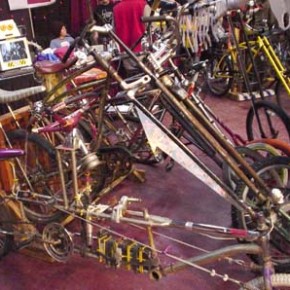 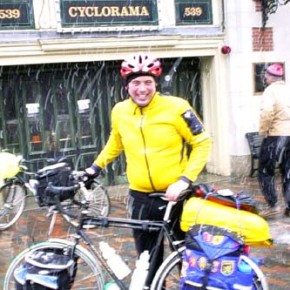 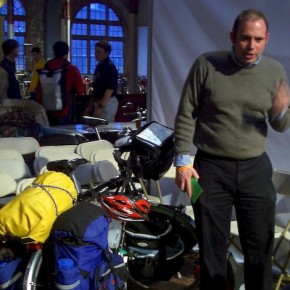 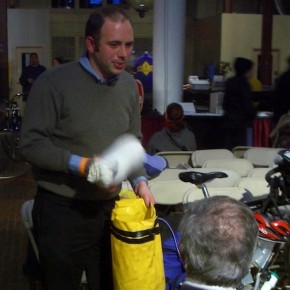 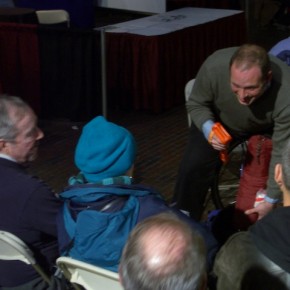