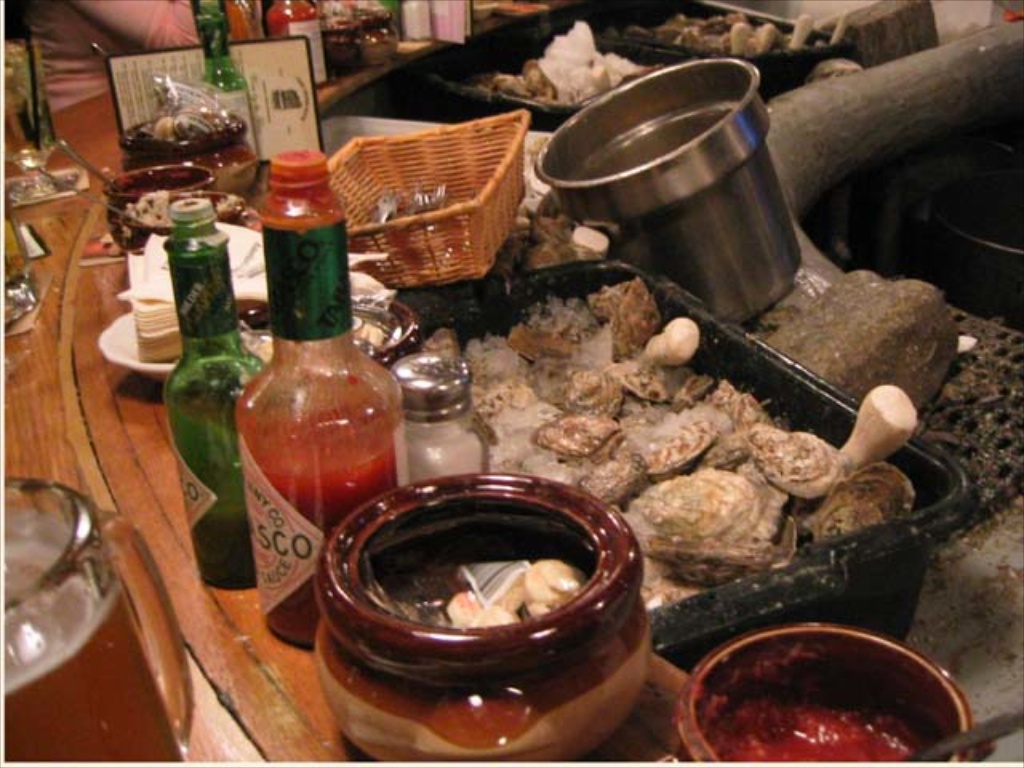 I’m not sure who’s the hunter and who’s the gatherer, but as a duo Shannon and Pablo are a lock on finding great food!

We’ve never had even so-so food with them when we’ve visited New York, so I was apprehensive about where to take them on their first trip to Boston. I regularly go to some great ethnic stores and bakeries, but besides the Peruvian place that’s a bit tricky to get to, nothing but bakeries and delis compare to what we’ve eaten in New York: until I started thinking some of the stuff I’ve gotten on paper plates.

Let’s be fair, S&P and I all have lived for a long time in Seattle. We are a bit spoiled when it comes to healthy, organic, hippy-lovin’ food and Seattle is a town full of friends who know good food. I worked for over a year for a high-end kitchen shop and am fierce in the kitchen.

Oddly enough, the weekend of culinary delight started at home. Vic was inspired to make empanadas which we washed down with Argentine wine. We grabbed the T to Newbury Street and started a quick walking tour of the city. Ducking inside Espresso Royale for some hand-warming coffee, I noticed they advertise that they don’t take orders in “Seattleese.” As far as Boston coffee shops go they play good music, have free wireless and hottie baristas, but they could use a trip to Seattle to learn how to pull coffee. I could care less if they want to put it in a medium instead of a tall, but some coffee with depth would be of great benefit here. And as far as I’ve found this is some of the better coffee outside of the North End.

We ambled across the Common and dashed into the Black Rose for a quick beer and the Kentucky Derby before continuing on to the North End, specifically to eat at Modern Bakery. Supposedly Mike’s “second-tier” competitor, this place is awesome with half the line and almost none of the chaos! We split a lobster-tail, as recommended by one of Shannon’s friends. It’s a flaky pastry filled on demand with a light custard. It’s nicer than cannoli as it is not overly chilled and remains light and crisp.

From there we headed to Union Oyster House which I belatedly recalled for a rather insipid bowl of tourist chowder on my first trip to Boston. Sitting at the bar, being regaled with jokes by the hyperactive bartenders and eating a dozen oysters, it was a perfect pre-dinner stop in on a wet evening.

Our late dinner at Perdix was notable due to the warmth and sweetness of the staff. They sincerely seemed pleased we were there. Out of a few dishes, Pablo and I settled on one of the specials: a thick rare steak topped with cornmeal fried oysters; Vic had cod with spring peas; and Shannon a tough barely chewable hanger steak. I’m not rushing back here, but will try the brunch. It seemed competent in it its class and the truth is I usually prefer the delight of a cheap, badly-lit ethnic place.

The next day was about finding something uniquely New England to eat. As S & P came in a rental we told them about the Essex clam region just north of town. In no time we had a plan: Ipswich, then Route 133 into Essex and out to Cape Anne for a bit of site-seeing.

We stopped first at the Clam Box, famed for its fried clams. The line was well out into the parking lot and after a bit of hemming and hawing, decided that we might as well try a different clam shack. Instead we stopped at the Blue Marlin , recommended by the bartender the night before. It’s a middle-American looking place and low on charm, but the food is super. The fried clams were plumb and crispy and I got to try my hands at opening my first boiled lobster. Shannon was kind enough to show me the variety of ways to wear a lobster bib.

Massachusetts is not a large, so by the time we got to Rockport there was no reason for us to be eating again. But in the pouring rain it is hard to resist the foggy, warm windows of Austrian strudel joint and we got our fingers gooey with warm apple strudel before they returned to New York.

All and all, a fine time eating with S & P which got me thinking about the food I love here that I simply never found anything like it in Seattle:

Sevan’s Armenian Deli on Mount Auburn heading to Watertown. The hot, spicy bulgur salad is amazing as is the pistachio cream baklava.

The Magic Oven is a Brazilian coffee shop across the street from the Framingham train station: eat whatever it is they are currently bringing out of the oven.

Clear Flour Bread. Luckily this is our neighborhood bakery. The best bread I’ve tasted in Boston and I’ve never had a chocolate macaroon as rich. The last time Vic and I were in, the counter guy remarked it was the first time he’d not seen us in Lycra. I could have kissed him right then.

And yep, those Essex clams. 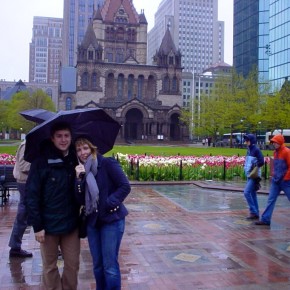 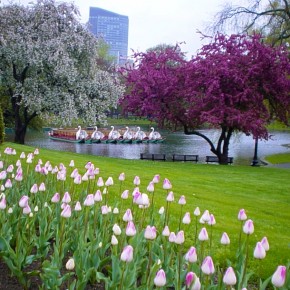 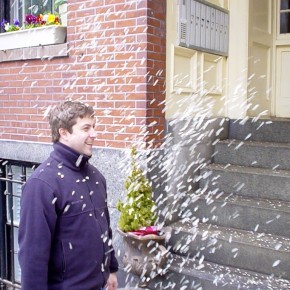 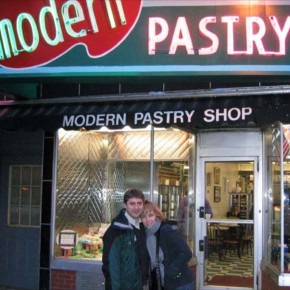 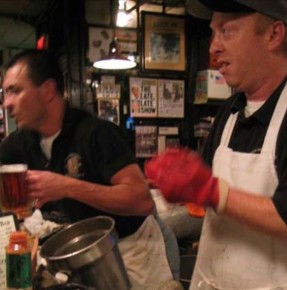 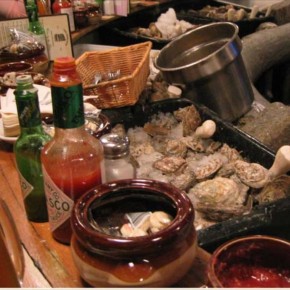 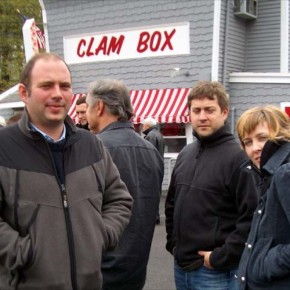 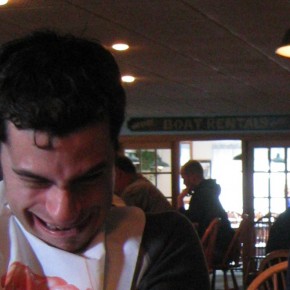 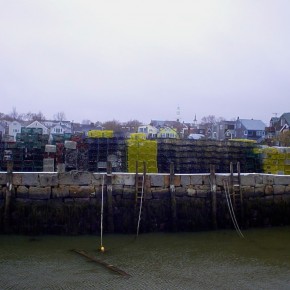 What the hell is a three legged chicken?

This is great. I completely agree with your assessment of Modern Pastry. I often buy the incomparable homemade torrone as christmas gifts for friends of the paisan persuasion.

I pointed to your post over at my Watertown site, H2otown